5 banking predictions that missed the mark 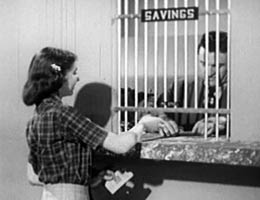 A visitor from the 1940s would be very disappointed with today’s society. We don’t have pill-based, full-course meals. No one is living on the moon. And no matter how hard you look, you can’t find a flying car anywhere.

Predictions about the future have a way of being wrong, but sometimes they’re so far off the mark that they border on being comedic. When it comes to banking, you don’t always need to reach too far back to find prognostications that were a little too forward-thinking.

In many circumstances, exuberance about a new technology is the cause. Other times, people failed to anticipate market corrections and bubbles. And sometimes, they were just plain off base.

Bankrate has dug around and found five fun predictions about today’s banking experience that never seemed to materialize.

Duck into a loan booth 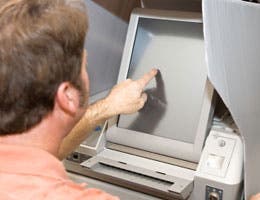 In 1996, the idea of a real estate bubble was preposterous. The Internet was starting to take off and ATMs had recently become the preferred way for people to get cash. So it’s kind of hard to blame Ellison Clary, then senior vice president of corporate affairs for NationsBank (now Bank of America), for his enthusiasm.

In an interview with publishing firm Frank Cawood & Associates, Clary spoke of a future where applying for a loan would be an automated, streamlined process.

“In 10 years, you won’t have to visit your local bank to apply for a loan,” he said. “Instead, you’ll simply enter a booth and apply at an automated loan machine. Within approximately 10 minutes, you’ll know whether or not you were approved.”

The downfall of the check 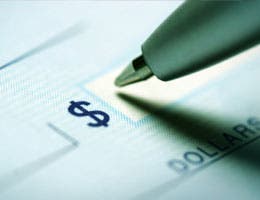 The credit card wasn’t exactly the force it is today in the early 1960s, but people knew it would change banking. That led to this claim about checking.

In 1963, Dale L. Reistad, former director of automation and deputy manager of the American Bankers Association, told the association’s first National Operations and Automation Conference that we would be a checkless society by 2000, according to Benton E. Gup’s book “The Future of Banking.”

Checks might not be as popular as they once were, but they’re still around. The Federal Reserve of Boston found in a 2008 survey of Consumer Payment Choice that 73.5 percent of consumers made bill payments using checks or money orders.

The demise of the credit card 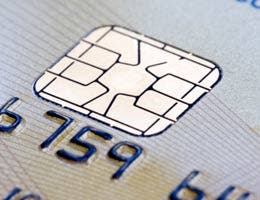 As we entered the 21st century and realized that our flying car dreams weren’t going to come true, that didn’t stop experts from predicting even bigger technological breakthroughs, especially in banking.

“It is now 2009,” wrote futurist Ray Kurzweil in a 1999 look into the future. “People typically have at least a dozen computers on and around their bodies, which are networked using body LANs (local area networks). These computers provide communication facilities similar to cellular phones, pagers and Web surfers; monitor body functions; provide automated identity (to conduct financial transactions and allow entry into secure areas), … and perform a variety of other services.”

We’re still a ways off from that, but to Kurzweil’s credit, today’s smart cards do offer some of that functionality. Today, cards can be programmed with banking and insurance information, used to store loyalty program data and decode complex signals from TV satellites.

An ATM is not that kind of cash machine 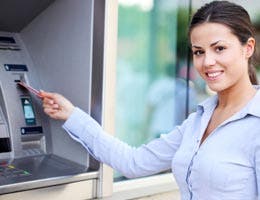 Loan booths weren’t Clary’s only mistaken prediction for the future. “In the not-too-distant future, you’ll be able to cash checks at ATMs,” he said in that same 1996 Cawood article.

While you can certainly deposit checks today, if you don’t already have that amount in your account, most banks may require a waiting period before you’re able to access the cash. The times vary depending on how long it takes for your bank to verify that there are sufficient funds to cover the check you’ve deposited. If the check is from a bank other than where you’re making the deposit (for example, you want to cash a Wachovia check at a Bank of America), the wait can be overnight to five days. However, if the check originated from the same bank you’re making the deposit, there’s often no wait.

Ballgame tickets with a little cash 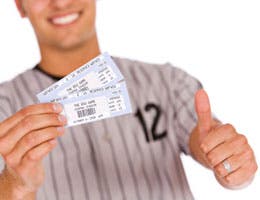 As president and CEO of the Federal Reserve Bank of Cleveland from 1992 through 2003, Jerry L. Jordan knows more about banks than most of us. He made a number of accurate predictions in his Oct. 1, 1996, speech to the Executive Retail Conference of the Chicago Consumer Bankers Association. But he missed on this one.

He said, “In the future, firms may serve customers by bundling certain financial services that are currently provided separately or may even merge banking-like services with nonbanking services such as concert and sporting event tickets, vacation planning and so on.” 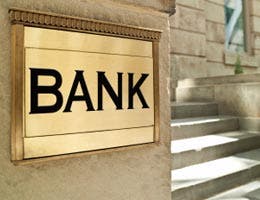