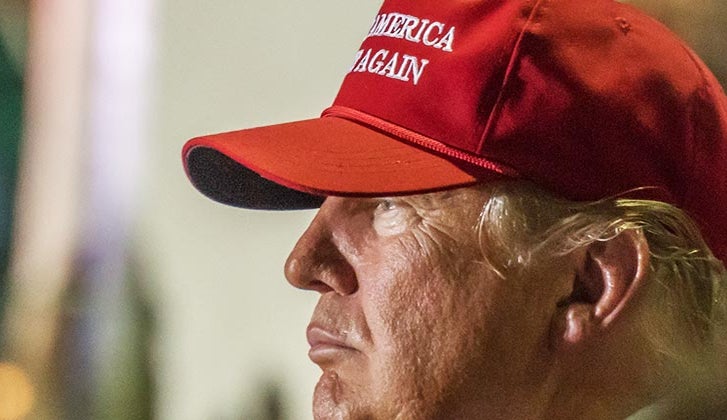 During his campaign, President-elect Donald Trump promised voters that he would renegotiate existing U.S. trade deals to make them better for the country.

But what, exactly, are trade deals, and why do they matter?

The simplest definition is that a trade deal is an agreement between two or more countries to remove or lower barriers that might hinder the flow of imports and exports between them.

“The goal is to remove obstacles against the movement of products — goods and services — between the countries,” says Pinar Cebi Wilber, senior economist at the American Council for Capital Formation, a Washington, D.C.-based research and policy advocacy organization.

Among the obstacles to trade are government-imposed duties on goods and services imported into a country. These duties, known as tariffs, aim to protect domestic producers from competition by raising the prices of similar goods that are imported.

“By giving protection to an industry, (the government) is allowing someone who’s inefficient or wouldn’t survive in a (free) marketplace to continue production,” she says.

How do U.S. trade agreements work?

Nearly all U.S. trade is covered by the World Trade Organization, WTO, a group of 164 member countries that include the U.S. and virtually all its trading partners, says Gary Hufbauer, senior fellow at the Peterson Institute for International Economics, a Washington D.C.-based organization that studies international economic policy.

Without the WTO, “there would be no discipline in the world trading system,” Hufbauer says.

Instead, countries would be free to impose whatever tariffs they wanted on any goods they imported from other countries, unless they made agreements otherwise.

The U.S. also has other major trade agreements outside the WTO.

The best-known is the North America Free Trade Agreement, NAFTA. Signed in 1993, NAFTA removed tariffs between the U.S., Canada and Mexico, allowing goods to “flow back and forth across the borders,” Hufbauer says.

NAFTA also includes other rules that facilitate trade between the U.S. and its neighbors.

Trump’s website says that if NAFTA partners don’t agree to renegotiate the deal, “we will submit notice that the U.S. intends to withdraw.”

It also says that he would “instruct the U.S. trade representative to bring trade cases against China, both in this country and at the WTO” as a result of “China’s unfair subsidy behavior.”

Some trade deals have mechanisms that specifically allow countries to exit or renegotiate their agreement.

Wilber says renegotiating U.S. trade deals “will not happen overnight” because the deals are complex and involve many countries and products.

“Think about the United States trying to decide which products to go after and then bilaterally trying to sit down with (each) country to arrange that,” she says. “It’s not very practical.”

Trade disputes can be taken to the WTO for adjudication and some U.S. laws provide for retaliatory tariffs if another country “dumps” goods that are deemed too cheap into the U.S. market.

The practicalities of renegotiating trade deals and legalities of enforcing them could turn out to be moot if the U.S. elects to simply ignore some or all of its trade agreements.

“If a bunch of tariffs start flying back and forth, at some point, there’s a withdrawal from the whole system,” says Stuart Anderson, executive director of the National Foundation for American Policy, a research organization in Arlington, Virginia. “That’s why it’s dangerous to start. You don’t know where it actually ends.”

Are trade wars worth it?

Most economists believe free trade is beneficial, though not everyone benefits equally, especially in the short term, Anderson says.

If the U.S. imposes new tariffs on goods from certain countries, those countries likely would retaliate with new tariffs of their own, Anderson says. He also points out that when imports from one country have been subjected to tariffs in the past, substitutes have been imported from other countries rather than produced in the U.S.

Economic battles between countries that involve multiple rounds of aggressive and retaliatory tariffs are known as trade wars.

Economist Robert E. Scott says the problem for U.S. workers isn’t trade deals, but rather trade deficits, which are imbalances between imports and exports. Scott is director of trade and manufacturing policy research at the Economic Policy Institute, a Washington D.C.-based think tank.

Those imports and exports resulted in a trade deficit of $500 billion. The biggest chunk of that deficit, $367 billion, was with China, although other countries, including Japan and Germany, also exported more to the U.S. than they imported from the U.S.

But trade wars aren’t the answer. “We need to recapture some of that domestic demand,” Scott says. “Focusing on tariffs and cutting imports is likely to lead to trade wars and more tariffs, pushing the economy into recession.”