You’ll need more green than what’s on your tree

It’s hard enough to scrimp up enough discretionary cash to pay for holiday gifts. But for Ben Tischler of New York City, getting ready for the holidays also means preparing to wed his fiancee, Alicia.

It has been especially taxing since he learned that jewelry prices would be higher this season.

“Everything was more expensive than I expected. The jeweler told me the price of gold has skyrocketed,” Tischler says. “This clearly isn’t the kind of thing I can wait to buy to see if prices come back down, so I bit the bullet.”

This holiday season could be a mixed bag for consumers, retail experts say. Electronics such as big-screen televisions keep going down, but if you want that laptop that turns into a tablet — Microsoft Surface, anyone? — or that fancy new camera, expect to pay a bit more than last year. And some traditional gift items could also take more of a bite out of your wallet as stores tap into the growing trend of using well-known designers or celebrities to hawk their goods.

All in all, prices are about 2 percent higher than last holiday season, according to the Bureau of Labor Statistics. Here are eight things that will cost you more this season. 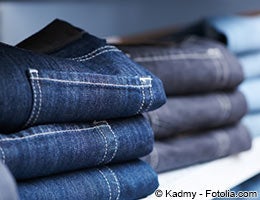 Remember when a cup of coffee cost 50 cents? Then along came Starbucks and redefined the price for a latte. This type of pricing is happening all over the American retail landscape.

If American consumers are willing to pay it, retailers will push the limit, says Marshal Cohen, the chief retail analyst for the NPD Group Inc. in Port Washington, N.Y.

There was a cotton shortage in 2011 that pushed clothing prices up 6 percent.

“Consumers didn’t balk at the increase, so I don’t think prices will be less expensive this year,” Cohen says.

Miami consumer blogger Annie Vazquez, who runs The Fashion Poet blog and has been featured in Elle magazine, says clothing could be pricier at big-box stores such as Target, as known designers such as Oscar de la Renta are introducing discount lines.

“It’s going to be a huge thing,” she says. “Target shoppers are very interested in labels.” 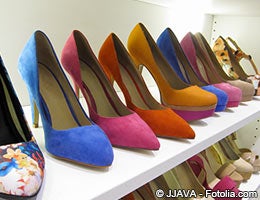 Looking to impress that runner in the family with a new pair of top-of-the-line sneakers? Nothing will impress the marathoner like a pair of Volts from Nike. The running shoes look otherworldly — and so does the price: $150. But these aren’t the only pricey soles. Cohen says high-end athletic shoes across the board are more expensive.

On the opposite end of the shoe spectrum sits the women’s discount dress shoe. But don’t take the word “discount” to heart. Vazquez says giving the woman in your life new shoes from the likes of Payless or DSW won’t be as light on the wallet as in years past. The reason again is the use of celebrities and the push to hike up the price point consumers are willing to pay.

As a result, even the discount brands now have a catch. They will make nice gifts, but they are not necessarily cheaper than last year.

“A lot of these budget-friendly brands have become more marketable and are using faces people know to sell their products,” she says. “It’s cool to wear them now.”

And cool, she says, always translates into more expensive. 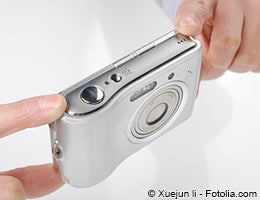 A stalwart gift under the tree for any shutterbug is the single-lens reflex, or SLR, camera. This is the perfect time of year to get new gear for them.

However, manufacturers such as Nikon and Canon are in a conundrum because every smartphone has a camera.

So that means digital SLR cameras this season are for a more niche crowd. These consumers are serious about their hobby.

“Since so many phones have cameras, they are manufacturing better digital cameras to compete with that to offer consumers better quality,” Vazquez says. “Many of these cameras also offer top-notch video capabilities. Camera phones can only do so much.”

So, if you are going to indulge the shutterbug in your family, be ready to put down some serious bucks. Stores such as Best Buy will package a camera with a set of lenses, a bag and other items, which also drives up the price, she says. 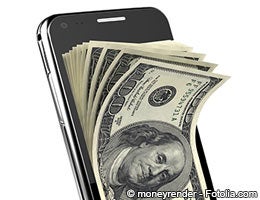 The most popular gifts again this holiday season are cutting-edge electronics such as smartphones and tablets. But these gifts are also like handing a monthly bill as a gift because carriers are no longer being so generous with the cost of their data plans.

Part of the reason is that cellphone carriers are eating the price of much of these high-tech smartphones thinking the data plans will more than make up for these loss leaders.

“Phone companies have figured out they can make a lot of money on the service side,” Cohen says.

Apple, Amazon.com and Barnes & Noble Inc. aren’t even really in the electronics business, he says. They are in the data and media business.

“Everybody thinks, ‘I just bought the iPad or a Kindle Fire, and I just turn it on,’ but to access the Internet and download products, you have to have a data plan,” he says.

Amazon, Cohen says, is not selling its Kindle products as a traditional electronic item but as a product platform, creating loyal customers for what it really sells repeatedly: books and music.

“It’s the new razor-blade model,” says Joe Feldman, a senior analyst for the Telsey Advisory Group in New York City, referring to how razor companies make money off the blades, not the razor itself. 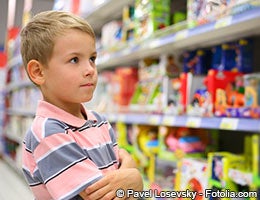 Parents can’t seem to get away with a game of Sorry and a cute stuffed animal anymore. The redesigned storytelling Furby runs about $54. (FYI: It’s even creepier this time around.)

When Toys R Us released its Holiday Hot Toy List this fall, only six toys cost less than $50, and five cost $100 or more. The majority of the gifts on Wal-Mart’s top toy list are at least $50.

And even dolls are pricey. The doll du jour for that 8-year-old with visions of sugar plums in her head remains American Girl. The dolls cost more than $100, and that’s not including the outfits. Hint to moms and dads: Homemade knockoffs can be found on eBay by some intrepid entrepreneurs.

Toys R Us cashed in on a Hot Toy Reservation program — it ended Oct. 31 — where buyers can plop down 20 percent of the purchase price in advance to make sure they fulfill that favorite toy on the wish list to Santa.

Feldman says such a plan was a good play for consumers as well as retailers. He sees hot items selling fast and not being replaced. “The inventory is going to be leaner, so if there is one desired item, one might want to purchase it right away because the stores may not replenish the stock,” he says. 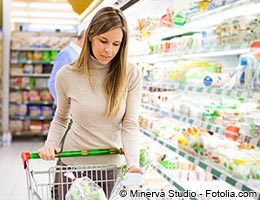 The holidays come with some hidden costs that usually aren’t budgeted. It costs electricity to run that Clark Griswold Christmas light display that would put a rock concert to shame and fuel to keep that home toasty. And those large holiday get-togethers require a must-have commodity to keep guests happy: food.

Fuel and food prices have risen over the last 12 months on the whole, according to the Bureau of Labor Statistics. In its November Consumer Price Index release, the BLS said indexes for gasoline and fuel oil have increased over the last 12 months, rising 9.1 percent and 5.6 respectively. But there is a brighter side to this — electricity and natural gas prices have declined.

On the food front, the BLS said groceries have increased in price about 1 percent over the last 12 months. Eating out is also more expensive, rising 2.7 percent since October 2011.

Cohen reminds consumers that food and fuel go hand in hand. “Anything requiring transportation, a delivery of a product, is going to cost more to get it to the stores,” he says. 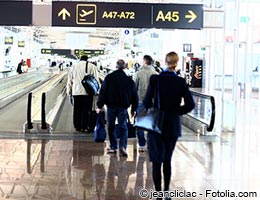 We’ve taken into account gifts and food, but let’s not forget how you’re going to get to your destination for the holidays. If you are flying, expect a full plane and higher ticket prices. Domestic ticket prices are up 4 percent from 2011, according to industry trade group Airlines for America.

For those thinking of traveling by car, gas has dipped some, giving a bit of relief. But “we are still looking at historically high prices,” says Heather Hunter, spokeswoman for AAA in Orlando, Fla.

She says about 300,000 more people will travel by car than last holiday season — and they are scouting for savvy ways to save money. “They are looking for hotels that offer free Wi-Fi or a free breakfast,” Hunter says.

When traveling by car, it might also mean more than just paying for fuel. It’s not unusual for families to tune up the car and replace tires for the holiday trek, Cohen says. And tires are much pricier than in the past. Cohen says tire companies are trying to make up for backroom costs, such as paying for all those lawsuits for faulty products in the last decade.

“You used to be able to buy four tires for $280, and they would mount them and balance them for free,” he says. Look for these services to all cost something now.