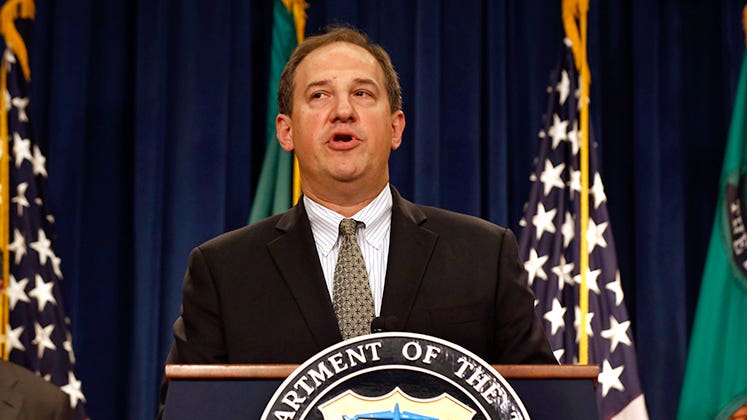 Editor’s note: Seth D. Harris is a former deputy secretary of labor and acting labor secretary under President Barack Obama. He is currently a distinguished scholar at the Cornell University ILR (Industrial & Labor Relations) School. The opinions expressed in this column are his own.

Since last Labor Day, the unemployment rate has fallen from 7.2 percent to 6.2 percent and more than 2 million jobs were created. Layoffs, as measured by initial weekly unemployment insurance claims, have returned to pre-recession levels. Economic growth has been 3.5 percent or higher for three of the past four quarters.

By most measures, the U.S. economy appears to have emerged from its difficult recovery and has returned to something approaching normal. So, why are Americans’ moods so bad, and why is so much blame being heaped on the economy?

Polls consistently find the economy is Americans’ highest public priority. Yet, a recent AP-GfK poll found that 72 percent of respondents believe the country is heading in the wrong direction. In late spring, 69 percent of respondents told CNN/ORC pollsters that it is very likely or somewhat likely that the economy will experience a financial crisis like the one that occurred in 2008 in the next few years. A Wall Street Journal/NBC survey released in August found that 76 percent of Americans do not believe their children’s generation will have a better life than they do.

How workers see it

Are working Americans impervious to economic facts? Or do they know something the pundits and politicians don’t? I think it’s the latter.

Simply put, incomes and wages have not kept up with productivity growth for workers at every education level. Working Americans are producing more, but they are not getting a fair share of the proceeds of their hard work.

The trend has continued. Wages have barely kept up with inflation while productivity, which is typically slower during a recovery as workers and other resources get back to work, has continued to grow.

Unfairness in our economy

So, it’s not that Americans believe the economy isn’t working; they know it isn’t working for them. Their families are not getting ahead. Their lives are not improving — at least not from an economic standpoint.

Working Americans understand the economic facts of their lives, and they do not like what they see.

Americans believe firmly in fairness. Most Americans expect to work hard and be rewarded for their work. In today’s economy, they know that’s not happening.

Some cynics have tried to blame the unfairness in our economy on immigrants, big government (read, President Barack Obama) and even “social decline” (meaning same-sex marriage, among other issues).

Some companies abandon the United States in search of even lower taxes and less regulation. Congress acts as though American democracy is irreparably broken. The Supreme Court, on the same day this summer, recognized a corporation’s right to religious liberty, but denied that home health care workers are “full” employees of the state government that pays them, with the same right to organize as other state workers.

Working Americans can see that institutions — public and private — are failing them.

Larger economic forces are at play and have been for many years. On this Labor Day, American unions seem to have staunched their six-decade decline but still find themselves fighting an existential battle in the courts, state legislatures, workplaces and the media.

Technology, proliferated by globalization, has eroded the middle-wage, middle-skill jobs that supported millions of American households for decades following World War II. It is increasingly hard for workers with high school diplomas to find jobs that support families, but rising college costs make higher education a pipe dream for many seeking the American dream.

The effects of economic forces and institutional failures are not inevitable. They are amenable to public policy responses, but those responses have not come. Obama has tried. He has taken six executive actions relating to wages and employment since his last State of the Union address. For example, he increased the minimum wage for some federal contract workers, and he directed his secretary of labor to reform the rules governing overtime for some workers.

But, absent congressional action, the president has little ability to influence the domestic economy. Most workers won’t even notice that change has come. For many, it won’t come at all.

A new meaning for ‘productive’

In another time, Americans’ feelings of malaise might have given way to street protests and general strikes. Immigrant-rights groups and fast-food workers are protesting and taking legal action in support of their causes, and they have met with some success. But they are the exception, not the rule.

Perhaps this malaise has lasted so long that, after the genuine panic caused by the Great Recession, it turned to exhaustion and resignation. Perhaps working Americans have concluded that effecting change is beyond their capacities. If so, the problem transcends economics. It threatens our democracy.

Labor Day is a day of picnics and parades at which the working men and women of America are lauded in speeches by politicians. But here’s a warning to the speechmakers: Working Americans know better. And they are waiting for someone to produce genuine solutions to the problems they encounter every day. Absent solutions, they may bring their frustrations into the voting booth and lay blame where it belongs. That may be the most productive thing they could do.

The views and opinions expressed in this article are the contributing author’s own, and do not necessarily reflect the views or opinions of Bankrate. No attribution to or endorsement by Bankrate should be implied by this article.