As the drama of the European debt crisis unfolds, it’s tough for Americans to keep track of the main players, much less follow the plot. To resolve the crisis, 17 disparate countries united under the euro currency must work together to bring national budgets under control and fix the region’s overleveraged banking system. There are just a few problems: Each country has its own agenda and none of them wants to be told what to do.

Though the strong German economy is largely backing the bailout efforts, the recipients of its grudging largesse are increasingly disgruntled by the ascetic terms of the deals.

It would be difficult enough with just the 17 euro-area countries, but playing important roles are an additional 10 members of the European Union that have not adopted the euro. These countries retain their own currency. So altogether, 27 countries throughout Western and Eastern Europe are members of the European Union. Some countries, such as Switzerland and Norway, have not joined the EU.

With national identities on the line, navigating the deeply entrenched cultural differences to find solutions that bring prosperity and growth to the region will take a long time and involve many people and institutions.

Following are the main characters in the continuing saga of the European debt crisis.

Like the Federal Reserve in the U.S., the mandate of the European Central Bank, or ECB, is to maintain price stability — or keep inflation in check. But unlike the Federal Reserve, the ECB is not responsible for employment and there are strict rules about the money supply. Decisions are made primarily by the Governing Council, which includes the following.

The ECB is part of the so-called troika, a name coined for three organizations to which Greece is indebted. They consist of the ECB, the International Monetary Fund and the European Commission. Now the three groups monitor the budgets and accounting of all the struggling euro countries — not just Greece.

The ECB does not stand alone, however. The Eurosystem is made up of the ECB and the national central banks of the 17 countries that have adopted the euro. 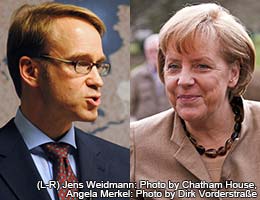 Though all of the central banks in the 17-member Eurosystem are ostensibly equal in terms of voting rights, the Germans have admitted they feel a bit more in charge than everyone else because they have the strongest economy.

With an unemployment rate of 6.8 percent, as of August 2012, the German economy is the strongest of the eurozone countries and it has assumed a lead role in the crisis. Major figures include Jens Weidmann, president of the German central bank Deutsche Bundesbank, and Angela Merkel, the chancellor of Germany who was recently named the most powerful woman in the world by Forbes magazine.

It is in Germany’s best interest to preserve the euro currency because it helps make German exports cheap, which in turn has helped its economy flourish.

Council of the European Union 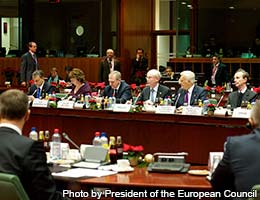 The Council of the European Union, also called the EU Council, is a legislative body made up of ministers from the 27 European Union countries. It adopts laws in conjunction with the European Parliament and develops and coordinates some of the policies in member states, including economics and foreign and security policy.

A subgroup of the EU Council is the Economic and Financial Affairs Council, or Ecofin Council. Ecofin is a group made up only of the economics and finance ministers. All 27 member states are represented and the budget ministers come in when budgetary issues are discussed.

A subgroup of Ecofin Council, the Eurogroup, is made up of economics and finance ministers from the 17 countries that use the euro. The informal Eurogroup meets regularly to discuss issues relating to the euro and the countries that use the currency. The finance ministers also make many of the decisions regarding aid to struggling countries. In June, the Eurogroup agreed to give 100 billion euros to Spanish banks. 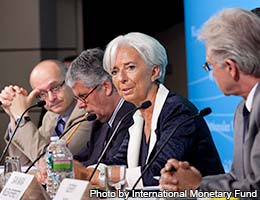 The International Monetary Fund, or IMF, is a coalition of 188 countries worldwide that works to promote exchange-rate stability and the balanced growth of international trade. The group also provides loans to member countries.

The IMF came into existence following World War II. Though the global economy has obviously changed a lot since the 1940s, the IMF still works to smooth international trade, monitor exchange rates and make loans to struggling countries.

As one of the lenders involved in the debt crisis, the International Monetary Fund is also part of the so-called troika. 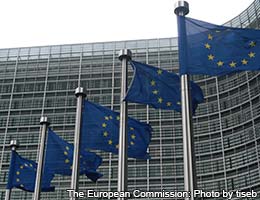 The third leg of the troika is the European Commission.

The EFSF and the EFSM 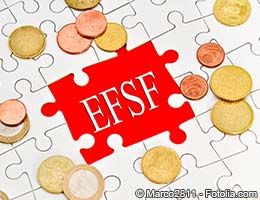 One of several European debt crisis acronyms, the EFSF is a special purpose vehicle or, in other words, a corporation built for the extremely narrow purpose of bailing out euro-area countries.

Another acronym: EFSM stands for the European Financial Stabilisation Mechanism; it was created at the same time as the EFSF.

The EFSM allows the European Commission to borrow up to 60 billion euros in the financial markets and lend it to any of the 27 European Union countries. No loans are made from the EFSM or the EFSF without a formal request. 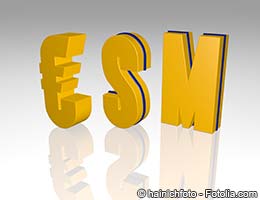 Yet another acronym recently debuted: the ESM. The European Stability Mechanism mostly replaces the EFSF and EFSM. The EFSF will stick around to continue funding the nearly 200 billion euros it has committed, in total, to Greece, Ireland and Portugal: 144.6 billion euros, 17.7 billion euros and 26 billion euros, respectively.

The ESM will be able to lend money to member countries and purchase bonds on the primary and secondary markets.

Though there had been a question about the legality of the new bailout fund, a German court cleared the way in September. The current reigning controversy is whether or not the fund will be able to retroactively bail out ailing banks directly — taking bailout debt off of government books and transferring it to the banks.

The lending capacity is currently set to be 500 billion euros, but the ESM may be able borrow against its capital in order to increase the ceiling as 500 billion euros just doesn’t go as far as it used to when you’re salvaging economies.