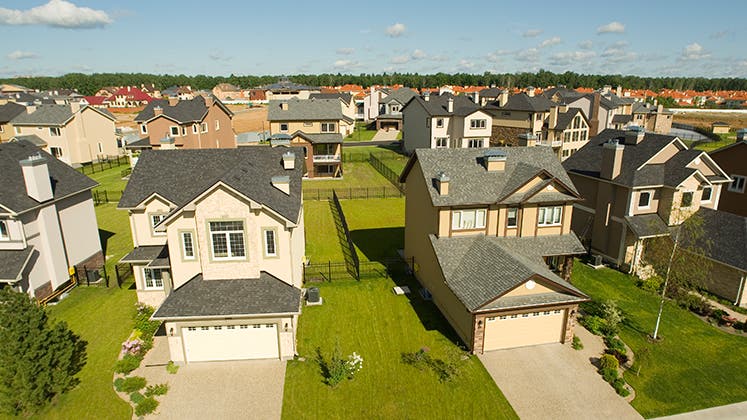 Home sales and new construction have been surprisingly sluggish. In the second-quarter 2015 Bankrate Economic Indicator survey of leading economists, we asked:

What is the main reason the housing market remains relatively weak?

“It isn’t weak. Sales and prices are consistent with or above trend. (Housing) starts are low because of a large amount of vacant units.”

“(The main reason is a) lack of real wage growth for the majority of middle-class workers.”

“Bad karma has hit housing after the financial crisis. Banks demand very high credit scores to get the best rates. Some existing homeowners are trapped because they are still underwater (that is, they can’t sell, so they can’t buy). While unemployment is low, there are many workers not even in the labor force. Wage gains and income gains are low. A lot of housing stock in areas that are less favorable may be hard to sell. Demographics of household formation are on an upswing, but it’s a slow upswing. Foreigners have been a big inflow into the U.S. housing market, and now the strong dollar is slowing this flow down. The strong dollar makes housing more expensive to foreigners.”

“(The big reason is a) lack of wealth transferred to millennials from their parents following financial and economic downturn. (That has been) due to a general loss of wealth associated with the reset in housing prices and uneven distribution of economic gains in the current recovery.”

“Housing (as measured by residential investment in the gross domestic product accounts) has added to overall GDP growth since 2011, after being a drag on growth from 2006 through 2010. Recoveries from financial bubbles are always slower than usual, and the housing-related financial bubble is no different.”

“The sluggish economic recovery has, until recently, generated weak job growth, which has stunted household formations and housing demand. Factors including access to credit for both builders and buyers, building material supply chain issues, as well as labor and lot shortages have undermined progress along the way, but continued gains in the labor market and the confidence that that will bring will be the key to unleashing several years’ worth of pent-up demand in the housing market.”

“Household formation was slow until quite recently, mortgage credit has been tight (and still is, relative to the last 10 years) and population/household mobility has been low due to the loss of equity experienced by many owners.”

“(The primary reasons are) slack in the labor market and its sibling, stagnant wages.”

“Tight lending conditions are the primary reason for a soft housing market. Potential borrowers still have to jump through way too many hoops to get a loan. The average FICO score of approved mortgages remains elevated compared to pre-recession levels.”

“The main reason the housing market remains relatively weak is tightened credit standards. The post-mortgage-crisis changes to mortgage underwriting and down payment requirements removed a significant layer of prospective buyers from the market all at once. Many of these will likely never qualify again under current standards. This development essentially shrank the real estate market, perhaps for decades.”

“There are many reasons. If forced to pick a main reason, I would attribute the weakness to continued difficulty in qualifying for a mortgage (too-tight credit standards), even though there has been some improvement on this front over the last several quarters. Running a close second is fear of homeownership among many young people due to the bursting of the housing bubble and uncertain job prospects.”

“(The key reason is a) lack of equity, so that many homeowners cannot sell their homes — limiting supply and sales.”

“The market is bifurcated. The low end continues to struggle to find demand from first-time buyers, which is holding down sales volume. The mid- and high-end segments are experiencing price appreciation while bidding wars are occurring for the best properties, as supply remains tight.”

“Housing starts have doubled since 2009, and one should not expect a return to the pre-crisis level — that was too high — but there is clearly more upside. One key negative has been tight credit.”

“(The weakness is mainly due to) tighter lending standards.”

“(The main reason is) a combination of higher prices from low supply and credit constraints.”

“(I see a) changed perception of the value of single-family housing. Multifamily is doing fine.”

“The overreach of new and pending financial regulations has weighed on the financial sector overall and on mortgage availability in particular. Weak wage and salary growth and a labor market still not fully healed are playing significant roles as well.”

“A mix of factors (is behind the weakness): modest income growth, unequal income growth, the need for larger down payments, and hesitation by potential homebuyers in the wake of the housing collapse.”

“Buyers remain scared of housing as an asset.”

“(I see a) lack of housing inventory from the cumulative effect of weak home construction. This leads to fewer choices for buyers and pushes up home prices too fast.”

“The principal constraint on housing is the overly tight credit conditions, particularly for first-time homebuyers.”

More On The Housing Market: