It’s beginning to look a lot like a somewhat less bustling holiday season, which this year could include higher interest rates. Many Americans are being careful with their gift purchases because of a dearth of wage increases that would make Scrooge proud, according to leading economists polled by Bankrate. Participants in our 4th-quarter Bankrate Economic Indicator survey also say the Federal Reserve may have a “present” of its own for delivery this month: the first interest rate hike in nearly a decade.

Asking economists: What's the No. 1 challenge for the next president and Congress?

Federal Reserve: A double dose of rate hikes could be coming in the next 6 months or so. A large majority of the experts, 85% of the more than 2 dozen private economists responding to the survey, believe the Federal Reserve will boost its benchmark federal funds rate later this month. In addition, 81% think a successive rate hike will arrive in the first half of 2016. “A robust economy, sustained payroll growth and declining unemployment, dissipating downward pressures on inflation, point to a first rate hike in December,” says Michael Fratantoni, chief economist with the Mortgage Bankers Association. Indeed, the comments of many Federal Reserve officials themselves seem to be pointing in the same direction.

Holiday spending: Will shoppers hold the line on spending this holiday season? We asked the experts whether they agree with the National Retail Federation’s prediction that this year’s growth in holiday spending will be below last year’s. About 70% agreed that the season will be a bit more subdued. “Various measures of income, wage and earnings growth are still weak or weaker than last year,” notes David Crowe, chief economist for the National Association of Home Builders. 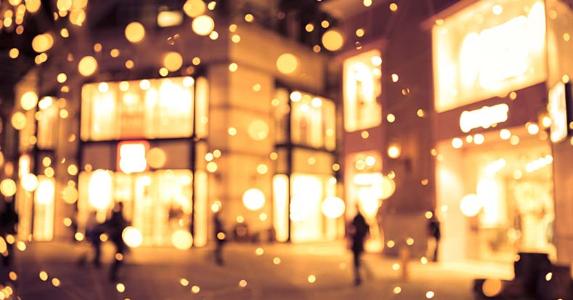 Several economists noted that one reason for lower expectations is low inflation, which will constrain sales numbers. “The dollar’s sharp rise is cutting the cost of many imported goods,” notes Lynn Reaser, chief economist at Point Loma Nazarene University in San Diego. “A warm winter could also delay some holiday spirit along with the absence of a ‘must-have’ gift.”

Job market: All but 2 of the respondents expect the unemployment rate to dip below 5% in the coming year. Of those, 85% forecast that joblessness will fall to somewhere between 4.5% and the October reported rate of 5%.

As for hiring over the next 12 months, the forecast is the lowest we’ve seen in the survey this year. On average, the economists look for 192,000 jobs to be added to payrolls each month. “Job creation will slow as the current expansion ages and the labor market tightens,” says Alan MacEachin, corporate economist at Navy Federal Credit Union.

Are there still signs of slack in the job market despite the relatively low jobless rate? Many people think so, including Seth Harris, a former deputy labor secretary and now distinguished scholar at the Cornell University School of Industrial & Labor Relations. “Despite declining unemployment rates, there is still a surprisingly large number of people who are either out of the labor market, marginally attached to the labor market, or working part time when they would like to work full time,” he says.

Economic growth: Our experts have fairly modest hopes for growth. The average forecast for change in annualized gross domestic product a year from now is 2.51%. What will drive it? “Solid, real consumer spending growth and residential construction will form a stable base for the U.S. expansion next,” says Scott Anderson, chief economist at Bank of the West. “We are also forecasting a modest improvement in business investment and export growth as the global economy accelerates a bit.”

The GDP forecast has been coming down in the quarterly survey. When we asked the same question early this year, the average was for GDP to rise nearly 2.9%. There’s been “little change in terms of underlying momentum,” explains Lindsey Piegza, chief economist with Stifel Fixed Income. About 6 out of 10 of the respondents look for growth of 2.5% or below. The rest expect a stronger growth rate.

Treasury yield: Even as the Federal Reserve may be pressing the “up” button on its benchmark federal funds rate, it is worth remembering that the marketplace determines the yield of the 10-year Treasury bond. The average forecast for the 10-year yield is 2.89% a year from now. “The 10-year-Treasury yield will reflect higher short-term rates, slightly faster economic growth and slightly higher inflation expectations,” says Robert Hughes, senior research fellow with the American Institute for Economic Research.