Consumers continued to add to credit card debt in November, even as inflation slowed for the month. For November, inflation, which has been boosting consumer spending, rose 7.1 percent over the year, following October’s 7.7 percent gain. It seems the growth in debt for November is mainly the result of earlier-than-usual holiday shopping.

Consumer revolving debt — which is mostly based on credit card balances — saw a healthy $16.4 billion gain on a seasonally adjusted basis in November, reaching $1.187 trillion, according to the Fed’s G.19 consumer credit report released January 9.

Card balances have been growing for months as consumers combat inflation and load up their cards. Gas prices had a big impact earlier in 2022, though they have cooled off in recent months, since consumers typically turn to cards to pay for gas. And outstanding card balances can rise at the end of the month if consumers pay off their balances later, whenever they are due.

The Fed also reports that credit card interest rates rose to 19.07 percent in November, from 16.27 percent for the third quarter, when the central bank last reported this rate. On cards that carry balances and are charged interest, the rates were an even steeper 20.4 percent, rising from 18.3 percent. The rise come about as the Fed continues to hike its target interest rate to fight inflation.

TransUnion, a credit reporting agency, expects that card balances will grow more slowly in 2023, to touch $934.5 billion by year end. This will come about as consumers continue to battle inflation and rising interest rates.

More than 25 percent of 2,835 consumers surveyed by TransUnion expect to apply for new finance or refinance in 2023. Of these, 53 percent are looking to apply for a new credit card.

While the credit reporting bureau expects new credit card accounts will drop from 87.5 million in 2022 to 80.9 million this year, the number of new accounts will still remain higher than at any time in the last decade. New card accounts opened will drop off 7.6 percent as lenders tighten their underwriting as they prepare for a potential recession.

In the face of the economic environment, serious credit card delinquencies are expected to go up to 2.6 percent at the end of the year, from 2.10 percent in 2022. Even then, 52 percent of those surveyed said they are optimistic about their financial futures for the year, with Millennials and Gen Z being the most optimistic.

The Federal Reserve Bank of New York’s survey of consumer expectations for December finds that respondents expect inflation in the year ahead to dip 0.2 percentage point, at the median, to 5 percent — the lowest reading for the survey since July 2021. For the three-years ahead, consumers anticipate inflation to run around 3 percent, unchanged from the November expectation.

Respondents were more optimistic that they would be able to make their minimum debt payments, with the average probability of missing these payments in the coming three months down 0.4 percentage point to 11.4 percent.

Consumers are looking for their household incomes to grow 4.6 percent, at the median, which is a high for the survey. Even then, their expectations for growth in their household spending dropped off to 5.9 percent, from November’s 6.9 percent. This expectation for reduced spending was prevalent across all ages and income groups.

Respondents remained optimistic about the labor market though, expecting their earnings to grow, at the median, 3 percent. Their expectations that the U.S. unemployment rate will be higher in the coming year also tapered off 1.4 percentage points to a 40.8 percent probability on average. However, their perceived probability of losing their job rose to an average 12.6 percent. And they were less optimistic about landing a new job if they did lose their current one.

Labor market continues to hold up

In its employment market report for December, the government said the economy added 223,000 jobs for the month. The unemployment rate dipped to 3.5 percent even as the number of those reporting that they were actively seeking work or employed (labor participation rate) edged up to 62.3 percent.

While most sectors added jobs, the temporary health sector, which serves as a leading indicator for job gains, shed 35,000 jobs and has been losing jobs for three consecutive months now. The government reduced down total job gains for October and November for a total loss of 28,000 jobs for those months.

Average hourly earnings for December rose 0.3 percent to $32.82. Wage growth gains over the year slowed down to 4.6 percent. Economists see the slowdown as a positive in the Fed’s fight against inflation.

According to Diane Swonk, chief economist at KPMG US, the jobs report represents a “Goldilocks scenario” for the Fed. In a blog post, she noted, “The labor market is showing signs of cooling but still has a way to go. We still expect the high on the fed funds rate to hit 5.25% in 2023 before falling to 3.75% at year-end.”

“That is better than the Fed’s scenario which keeps rates elevated the entire year. We can’t rule another supply shock from China’s abrupt end to its zero COVID policies or Russia, which has threatened to retaliate with cyber attacks and additional disruptions to global energy supplies.” 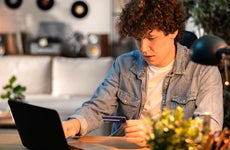 My credit card APR has increased. What should I do? 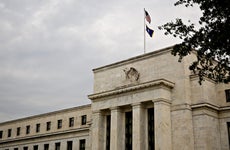 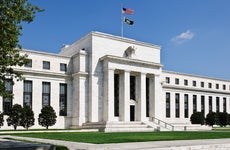 Fed reports a dip in card balances outstanding for January 2022 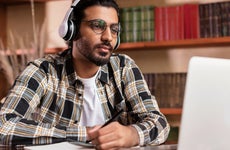