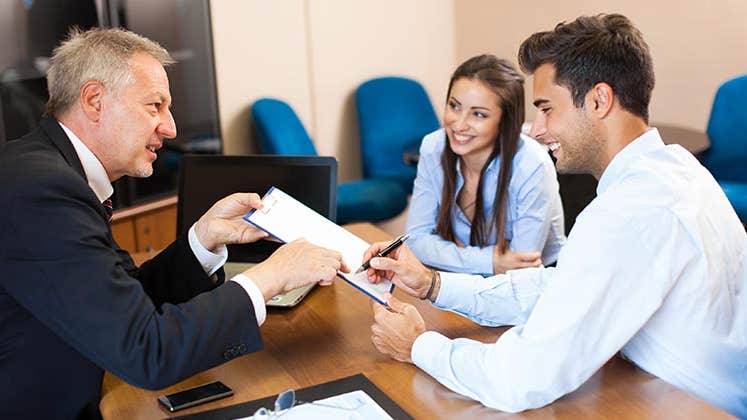 Despite the risks of bank-loan funds, investors are piling into them to snap up higher yields.

Roughly $54 billion has poured into bank-loan funds through October 2013, and the flood shows no signs of slowing. Several new, untested mutual funds and exchange-traded funds have become investor darlings. The result is that some experts worry that investors are reaching too far for higher yield and ignoring bank loan fund risks, such as high volatility and low liquidity, which can ding returns for conservative investors.

Bank-loan funds essentially invest in loans by banks and other financial firms to companies with piles of debt. They are also known as floating rate funds because their yield fluctuates based on an index rate to which they are tied.

For that reason, bank loans are usually rated below investment grade by credit agencies. On the plus side, the loans are usually deemed secured debt. So investors are at the head of the line if there’s a default, according to Bankrate.com.

For investors, the lure of a bank loan fund investment is its higher return in a low-rate world. Three-month Treasury bills were yielding a paltry 0.05 percent in early December.

Another attraction is that bank-loan funds have floating rates, meaning that yields reset whenever short-term interest rates rise. That rate is usually set every 30, 60 or 90 days and is pegged to LIBOR — the London Interbank Offered Rate, the interest rate that banks pay to borrow funds.

These are appealing attributes, agrees Christine Benz, director of personal finance at Morningstar. But she is concerned that investors may be overdoing their exposure to bank-loan funds since yields elsewhere are so low. “It’s not a great time to do anything fancy,” she says, adding that keeping high-quality bonds and cash instead can help stabilize a portfolio.

Though they operate with a floating rate, investors should still be wary, says Mark Balasa, chief investment officer at Balasa Dinverno Foltz LLC in Chicago. He cites concerns over bank loans’ lower credit ratings and the relatively illiquid market that they trade in, which can hammer returns during recessions.

Here are four pitfalls to consider with bank-loan funds:

Bank-loan mutual funds sank 30 percent during 2008 as the recession hit, says Sarah Bush, senior mutual fund analyst at Morningstar. And that dip was more than the dip in junk bond funds. The reason: As investors rushed to the exits, bank-loan funds were selling loans in a bear market, weighing down their prices.

2. Default risk can be higher

Bank loans are typically made to companies with poor credit ratings. And the lower the credit rating, the higher the possibility of default when times get bad. The average default rate for bank loans is 3 percent, Eaton Vance’s Russ says. However, in 2009, default rates peaked at 11 percent, he says.

However, unlike high-yield bond funds, bank loan funds do hold senior debt and are more likely to be repaid during defaults. “They have senior priority and are usually collateralized,” he says. “So, if a company gets into trouble, you’ll probably get your money back before anyone else.” He adds that recovery rates are high — 80 cents on the dollar.

There are 24 closed-end bank loan funds, says Cara Esser, closed-end fund specialist at Morningstar. And many are leveraged, meaning that they borrow against the assets in the fund to pump up performance. That borrowed money makes closed-end funds especially volatile. “The more the fund is leveraged, the more it goes down,” she says.

Indeed, Balasa of Balasa Dinverno Foltz recommends investing in bank-loan mutual funds and ETFs instead. But tread carefully since money is piling into some of these untested funds, and some of them have less than one-year track records. There are currently more than 200 bank loan mutual funds, according to Morningstar.

ETFs are seeing big inflows, too. According to ETF Database, there are four bank-loan ETFs — all new funds. The biggest one, PowerShares Senior Loan Portfolio, which tracks the S&P/LSTA U.S. Leveraged Loan 100 Index, has more than $6.3 billion in assets and is only 2 years old. More than 60 percent of the portfolio is invested in bank loans with low credit ratings of B or lower, though its annual dividend yield is a hefty 4.46 percent.

So much money has poured into bank loan funds that many are selling above their face value. “And, like most things in life, valuation matters,” Balasa says. If turbulent times reappear, investors could see losses in principal, as the low credit quality loans decline in value as investors race for the exits, he says. For that reason, he doesn’t advocate parking money in these funds.

That’s why bank-loan funds are niche investments at best, Morningstar’s Benz says. “Stick with high credit quality and short-duration bonds instead,” she says.