Why the use of cash won’t die 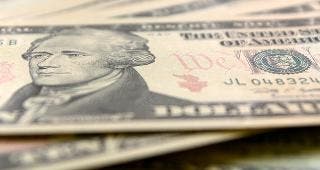 To hear technology folks tell it, cash isn’t long for our world. Plastic — in the form of credit cards and debit cards — is the go-to payment option for most consumers today. Our mobile phones are threatening to replace our wallets, and recently we’ve seen the arrival of so-called virtual currencies like bitcoin, even if most of us haven’t exactly embraced software-backed money yet.

But for all the talk of an increasingly cashless society, experts doubt hard currency will vanish completely.

“Just as the check did not end the need for cash, debit and credit cards or bitcoins are not going to end the need for currency,” says Jeffery Born, professor of finance at Northeastern University’s D’Amore-McKim School of Business. “The ratio of currency to other forms of money may continue to decline, but it’s hard to imagine the ratio going all the way to zero.”

When you pay cash, nobody has to know who you are. In a world with less and less privacy, the anonymity that comes with cash can be an attractive proposition for some.

“The most obvious situation that justifies cash involves transactions in illegal goods and services, where one or both parties want a level of anonymity that just isn’t possible with an electronic paper trail,” Born says. “Although bitcoins are making some headway in replacing currency in legal and illegal goods and services, they have their drawbacks. For example, while your name is absent from a bitcoin transaction, your electronic address is not, and if authorities want to take the time and effort, they can trace them.”

More On Cash And Credit:

Anonymity isn’t necessarily synonymous with illegality. Many law-abiding citizens prefer to keep some purchases private. For example, using cash to buy a gift for your spouse might make sense if you want to keep it from appearing on the credit card statement. Bitcoin also would fulfill that need, but the virtual currency has risks that cash doesn’t.

“Bitcoins are not a risk-free store of value; their price fluctuates,” Born says. “Also, Bitcoin issuers are susceptible to runs on the bank, so the ultimate ability of bitcoins to serve as a store of value is unclear and untested.”

When the power is on and the Internet is humming, electronic money works like a charm. But if we’ve learned anything from recent natural disasters, it’s that the power grid can go down and the online conveniences we often take for granted may not be restored right away. In those situations, cash is king, according to Melissa Newton, founder of the personal finance education website MoneyBasicsU.com.

“Although financial institutions have disaster plans in place, in the worst-case scenario where bank branches, ATMs or other access points for cash like a grocery store are unavailable and electricity is down, a cashless consumer has no means to transact business,” Newton says.

Have enough cash for a week

It’s impossible to predict how much cash you’ll need in an emergency, but Newton advises people to start with enough cash on hand to meet their needs for a week. Over time, people can build up their emergency cash reserve to two or more weeks.

It’s also a good idea to hold that cash in small bills because most people won’t be able to easily make change in an emergency situation.

You don’t have to look far to find stories about hackers stealing banking and credit card data these days. In fact, breaches like the one Target suffered are commonplace even if they’re typically smaller in scale.

“The inability to completely safeguard one’s purchasing power with electronic monies will continue to support need for cash because it offers relative safety and reliability,” Born says.

Still, cash is vulnerable, too. It’s why banks transport money in armored trucks. But Born says security isn’t a question of holding either cash or electronic money. The prudent and secure choice is for most consumers to have both.

Cash is harder to part with

The way we spend our money impacts the amount of money we spend. According to a wide body of psychological research, when we reach for the plastic, we tend to spend more, but when we reach for our cash, we tend to be stingier. It’s that phenomenon that drives so many personal finance experts to advise consumers to save by using cash as much as possible.

“One way I recommend for people to save is to put themselves on the cash-only diet,” says Elle Kaplan, CEO of LexION Capital Management in New York. “When you have the tangible money in your hand and you can physically feel it depleting each time you spend, you are much more likely to notice what you are buying and be careful about it, rather than if you just have the ease of swiping a card.

“(The physical element) is one of the qualities of cash that is unique, and why it will likely stick around,” Kaplan says.

Most businesses accept plastic these days, but it’s not hard to find some displaying a “cash-only” sign.

And, there’s the so-called underground economy, which uses cash transactions to dodge the tax man. While it’s difficult to measure just how much economic activity flies under the radar, the Internal Revenue Service puts the so-called tax gap at about $450 billion. Some of that estimated gap is attributable to non-filing and underpayment. But it also comes from unreported income, and some of that is cash, Scanlon says.

“Contractors and others will only work off the books for cash,” he says. “I suspect this activity has only increased since the economic decline, beginning in 2008. For sure, cash isn’t going away.”