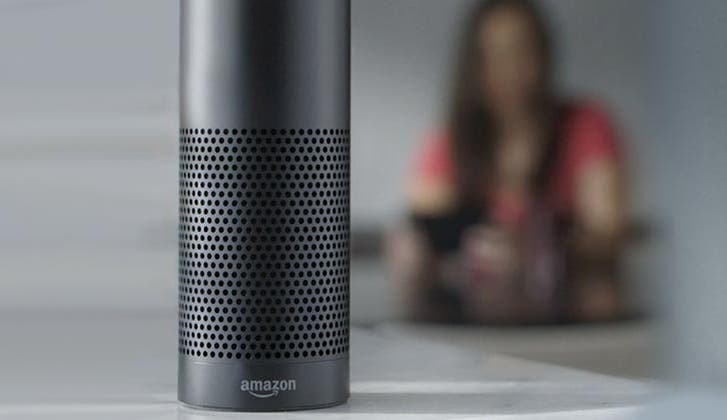 If picking up your smartphone and opening a banking app feels like too much work, there’s hope. At least one bank, Capital One, now offers customers the ability to use their voice to get information and even handle transactions for their checking accounts, credit cards and other financial products.

Alexa is a voice-operated personal assistant for Amazon devices similar to Apple’s Siri or Microsoft’s Cortana. In addition to basic functions like playing music or setting an alarm, “skills,” Alexa’s version of apps, can provide functionality for third-party services, such as Pandora.

By speaking into the Amazon Echo or other Alexa-enabled device, Capital One customers can take care of some of the same stuff you’d typically do online or on a mobile device, including:

Capital One customers can try it out by downloading the Alexa app on their phone, enabling the skill and signing in with their online banking credentials.

The first question that occurs to many people with a new technology like this is: Is it secure? It’s one thing to have a voice-activated gadget that can put on your favorite song if you ask it nicely, but quite another to have an appliance that moves money out of your checking account on command.

To allay security concerns, the bank says it won’t share your banking login with Amazon, and users can set a 4-digit “personal key” that has to be verified out loud in order to hear transaction information or perform a transaction.

Given that the transactions the new app can perform are fairly low-stakes, security probably isn’t as big of a deal as it may be one day, says Peter Olynick, senior practice lead for retail banking at Carlisle and Gallagher Consulting Group.

“If someone were to steal your phone, and all they were asking for were your last 3 transactions, while that’s not great from a security perspective, at least they’re not stealing your money,” Olynick says. “It’s when you can say, ‘Transfer money to this other account in the Cayman Islands’ that people get really concerned.”

He expects that Capital One will roll out stronger authentication as it introduces higher-stakes capabilities.

At this point, the Capital One app is more of a novelty than a powerful personal finance tool, says JP Nicols, a banking technology consultant and director of NextBank.

“Is it a game-changer today? No,” says Nicols. “But is it the kind of thing we look back on and go ‘Huh, that was an interesting early move?’ Maybe.”

“Just being able to check my balance is vaguely interesting, but more from a proof-of-concept perspective, more than just people are dying to be able to check their balance by speaking words into a device,” Olynick says.

He thinks this integration may be a step toward Capital One becoming a go-to payment method on Alexa-equipped devices when they eventually do become a platform for buying a variety of goods and services. Just as most mobile wallets have a default card that most transactions go to, Capital One may be looking to get a head start on becoming the “lead card” for Alexa-based transactions.

Olynick also notes that Uber, which announced not long ago the ability to call for a ride using Alexa, has a pre-existing relationship with Capital One that allows account holders to receive a discount on Uber services. That may be why the bank chose, or was chosen, to be the first financial institution on the platform.

At this stage, a small number of consumers will use the service, says Nicols. But as a marketing move, this announcement informs tech-savvy Capital One account holders that they won’t have to wait around for the latest and greatest fin-tech features or go elsewhere to get them.

Nicols expects some competitors to follow suit and introduce their own Alexa app, but with so many banks struggling to field staples like a good mobile app, and 22% without any mobile app at all, he doesn’t expect to see the majority jump on the Alexa bandwagon anytime soon.