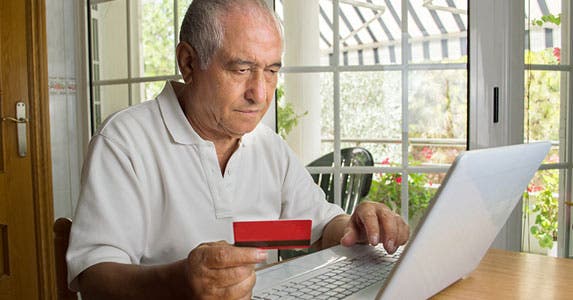 If you’re a senior citizen using a debit card, a single slip of your debit card and PIN can give crooks access to every penny in your bank account.

For seniors living on a fixed income, a debit card might be an attractive method of payment to control costs. According to a 2014 survey by the Federal Reserve System’s Cash Product Office, 32 percent of adults ages 65 and older prefer debit cards to cash (25 percent) and checks (8 percent), and choose debit cards almost as much as they choose to use credit cards (33 percent).

But, the liability for a lost or stolen debit card could be great. If the loss of a card is reported within two business days, the liability is limited to $50. Greater than two days and less than 60 days after the bank statement is sent, the maximum loss is $500. Beyond that, the loss could be all the money in an account.

Sometimes, senior citizens are the victims of financial scams, a 2011 MetLife study showed. But even legitimate charges on a debit card can get out of control.

Knowing when and where to be cautious about using a debit card can help the elderly keep their money in their checking accounts, where it belongs. 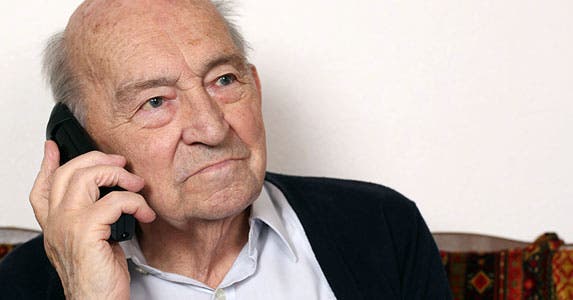 Any time someone calls and asks for your debit card number over the phone, chances are that they’re up to no good.

“Never give a payment over the phone — not to another human being, not to a machine — ever,” says Robert Siciliano, a Boston-based identity theft expert for BestIDTheftCompanys.com.

Scammers posing as telemarketers or government agencies have been known to dupe seniors into giving out their debit card numbers and PINs over the phone. In particular, IRS scams are one way to pressure seniors into making an immediate payment. Scammers call people claiming they owe money on their taxes and threaten to send them to collections or even jail if they don’t pay up on the spot.

“They use coercion to try to get the elderly to cave in and provide information,” says Jarred White, manager of security engineering services for ControlScan, an Alpharetta, Georgia-based company that helps merchants secure their payment card transactions.

There are also instances of scammers specifically requesting debit cards. They might ask a person to purchase a prepaid debit card and then use the card to pay a “past due balance,” White says.

Alternately, some scammers rely on politeness to gain the trust of older consumers. White points out that legitimate outlets such as the IRS, PayPal and the major banks will never ask for payment information over the phone. 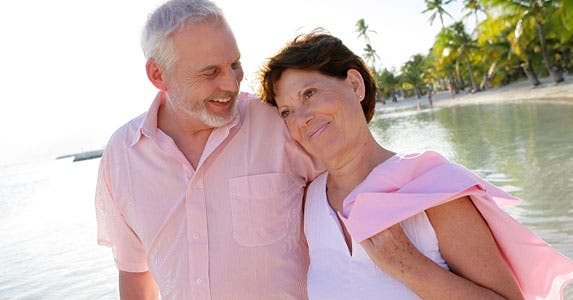 You finally took that vacation you’ve dreamed of your entire life only to come home to an empty checking account.

According to the U.S. Travel Association, people 55 years and older make up 36 percent of leisure travel volume and can be especially vulnerable to card fraud while visiting popular tourist destinations, White says.

“Generally they’re not able to spot things like ATMs that look suspect,” he says.

Thieves can steal card information by equipping ATMs with skimming devices or by working at a restaurant where they have access to customers’ credit cards.

“They call them tourist traps for a reason,” White says.

And while restaurants and stand-alone ATMs are considered risky places for debit card users anywhere, that’s even truer at vacation destinations.

International scammers pay special attention to American tourists because the U.S. is one of the last countries to rely on magnetic-stripe credit and debit cards, which are easier to hack.

Siciliano says seniors who plan to travel outside the U.S. are better off obtaining a chip-based card, which is considered the more secure of the two card types. “It’s more prevalent overseas and much less likely to be used in fraud,” he says.

With the potential for hacking, and scams ranging from phishing schemes to lottery fraud, the Internet is considered one of the riskiest places for persons of any age to use a debit card.

Age doesn’t necessarily make older people more susceptible to Internet fraud, but stressful life experiences do. And seniors are more likely than younger people to encounter stress factors such as serious illness, feelings of isolation or the death of a loved one.

“If you’re experiencing one of these negative life events, be more careful because you might not be able to spot some of these malicious attempts coming at you,” Shadel says.

In a national survey of 11,000 adults, the AARP estimates that 34 million Internet users may be at increased risk of being victimized based on stressful life experiences and online behaviors, such as clicking on pop-up ads or signing up for free trial offers.

“A lot of seniors don’t understand how that stuff works,” White says.

Even valid charges can be problematic for seniors if they don’t know the final amount of the transaction beforehand. Places such as hotels, gas stations and rental-car offices put a hold on your payments or withdraw recurring payments that can quickly drain a bank account.

A hotel might charge a customer $150 for a $100 room at check-in, with the extra $50 held in case of incidentals or damages. Rental-car facilities follow similar practices. Meanwhile, a gas station could put a $50 charge on your card in case you’re planning to fill up your entire tank.

Such charges are especially troublesome for those living with a small cushion between their income and expenses, says Donna Ortega, program manager for income at the AARP Foundation in Washington, D.C.

“It can sometimes take two weeks to get that money back,” Ortega says.

If you’re a senior with limited cash flow, recurring payments also can put a squeeze on you financially. It’s possible to overdraft your account if you’re not sure about the size of your balance, Ortega says.

It’s important to pay close attention to disclosures regarding extra charges and to keep a close watch on your account balance when using a debit card.

“Be cautious to make sure you have enough money in your account to cover those payments,” she says.