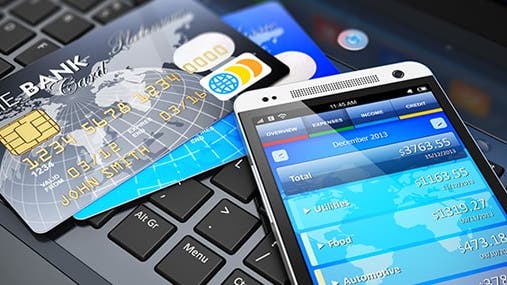 Cash can come your way with just a few clicks on your smartphone, and tellers are just a video screen away.

A new breed of smarter ATMs is letting you move beyond plain-vanilla transactions that were once just done by tellers. Now you can increasingly talk to a teller on an ATM video screen, withdraw money with your smartphone or even make $1 cash withdrawals. And as ATMs get high-tech makeovers, they may replace bank branches.

Take cardless ATMs, which are being rolled out by the Chicago-based bank holding company Wintrust Financial and California-based City National Bank. Once you download the bank’s mobile wallet app, you can withdraw money with just a few clicks on your smartphone. You simply choose the amount of money that you want on the app rather than tapping an ATM keypad.

More On Banking And ATMs:

Withdrawal data is saved on the app for up to two hours, says Wintrust Senior Vice President Tom Ormseth.

Weber says that once you reach the ATM, your money appears within eight seconds compared with 45 seconds for normal transactions. Customers get digital ATM receipts via email. And since you never enter a PIN code on the keypad as the smartphone communicates with the ATM instead, cardless transactions are more secure.

Once conservative, banking technology is quickly moving ahead, says Frank Natoli, chief innovation officer at Diebold. Using your mobile device to communicate with an ATM will become more seamless, he says.

ATMs are getting a human touch. Virtual tellers are being offered by Charlotte, N.C.-based Bank of America and Pittsburgh-based Dollar Bank. Along with just dishing out cash, this new breed of ATMs lets you speak with a teller. You simply push a button at the ATM and the teller appears on a video screen. You can deposit checks and get cash back, withdraw odd amounts like $1 in cash or get Spanish translations.

Bank of America has 150 of these virtual tellers in the U.S. ATMs currently don’t serve people’s needs, says Christian Mande, e-commerce channel executive at Bank of America. This new breed of ATMs provides convenience, speed and access. Bank of America, Wells Fargo and several other banks already offer talking ATMs for the blind.

When it comes to issuing cash in small denominations, Bank of America isn’t alone. JPMorgan Chase & Co. and PNC offer ATMs that provide exact amounts of cash down to $1. The upshot: You can withdraw the amount of cash that you need from your checking account. Eventually, ATMs will even remember your past transactions.

Diebold’s Natoli says these futuristic ATMs are the next step toward branchless banks, since they’re a great way to get more service remotely. And even credit unions have jumped on board. Coastal Federal Credit Union in North Carolina and Wright-Patt Credit Union in Ohio have rolled out their own video ATMs, too.

For their part, banks can save money by reducing the costs of running expensive branch networks. As consumers increasingly bank on mobile devices and online, more branches will be shuttered, leaving ATMs to do more daily heavy lifting.

It’s about rethinking and redefining the branch network, Albertazzi says.

Natoli says the result is that ATMs will have multiple uses. Consumers will eventually be able to pay health-care bills, get car loans or make peer-to-peer payments at any ATM. Today, standard ATMs can only do 70 percent of what a teller does, he says.

These futuristic ATMs are destined to become bank must-haves. Better security measures such as voice recognition or even biometrics, where you can use your fingerprint to prove your identity, will become commonplace at ATMs too, Wintrust’s Ormseth says.

Banks now need to think like Google, Ormseth says. They’ve got to quit being slow adopters.

Within three years, ATMs in major cities also will accept alternative currencies like bitcoin, Natoli says. Bitcoin, a digital currency that exists only in cyberspace, already is starting to get its own ATMs worldwide. And mobile transactions are more appealing to bitcoin users, he says.

Given this technology divide, some banks — especially community banks — could be left behind, says Maclyn Clouse, professor of finance at the University of Denver. A lot of transactions will be done on the ATM, which big banks can roll out more profitably than smaller banks, he says.

What will ATMs look like in 20 years? By then, people will bank through a TV or a cellphone, and may not even need an ATM, Clouse says. Society may go completely cashless, and ATMs will be few and far between, he says.