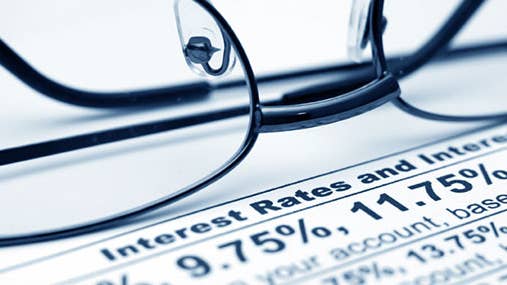 Regulators are considering a question that could affect the way interest rates are set on a number of consumer financial products, including mortgages, credit cards and home equity loans: What do we do about Libor?

Short for the London Interbank Offered Rate, Libor is used as a benchmark for setting interest rates on many consumer and commercial loans worldwide. It’s based on a daily survey of major banks conducted by the British Bankers’ Association, which asks bankers for the interest rates they’re paying to borrow money for a variety of different currencies and maturities.

The only problem? Sometimes those bankers lie, says Frederick Cannon, CFA, director of research at New York investment bank Keefe, Bruyette & Woods. This and other problems with Libor were reviewed by the Financial Stability Oversight Council, which made suggestions to replace Libor this year in its annual report.

Indeed, some of the world’s largest banks, including Barclays, UBS and the Royal Bank of Scotland, have admitted to participating in a scheme to manipulate Libor by giving intentionally misleading answers on the Libor survey.

“That’s where Barclays and others got into deep trouble because they had all those transcripts where they said, ‘Hey dude, you put in Libor down 10 basis points, and I’ll buy you a case of wine’ and that kind of stuff,” Cannon says.

But regardless of government investigations and the many lawsuits being filed over Libor manipulation, it’s clear the incentives to manipulate are enormous. Many banks have trillions of dollars’ worth of contracts in which they are either paying or being paid amounts based on the movements of Libor, says Marti Subrahmanyam, professor of economics and finance at New York University’s Stern School of Business.

“If the bank has got many other positions that are linked to this rate — for instance, swap positions and other positions — they have an incentive to manipulate the rate,” Subrahmanyam says.

Moving Libor even a single basis point, or one-hundredth of 1 percentage point, in the right direction could be worth hundreds of millions of dollars to a bank, Subrahmanyam says.

When it comes to consumers, Libor manipulation probably didn’t cost homeowners and other borrowers who pay interest based on the benchmark too much individually, but taken together, the cost of that malfeasance was likely quite high, Subrahmanyam says.

“If some thief could have gotten into your account and stolen a couple of pennies from every transaction you made, you wouldn’t even notice it. And if he did this to thousands of people at a bank, he’s going to make a ton of money,” Subrahmanyam says.

Cannon says banks also may quote misleading interest rates to shape perceptions of their own financial health, as they did during the financial crisis. Just as with consumers, the interest rate a bank is able to borrow at is a reflection of the risk that it won’t pay its debts. By quoting artificially low rates, some banks attempted to fool the market into thinking they were less affected by the stress of the financial crisis than they actually were, Cannon says.

An independent committee set up by regulators in the United Kingdom has taken at least one step to deal with Libor’s issues. Starting in 2014, responsibility for administering Libor will be transferred to NYSE Euronext, the company that currently runs the New York Stock Exchange.

U.S. regulators have their own ideas of what else should be done, but there’s not much they can do directly at this point, Cannon says.

“It’s a little bit hard for U.S. regulators at this point because the ‘L’ in Libor stands for London,” he says. “There’s a real jurisdictional issue.”

The oversight council called for international regulators and businesses to abandon Libor altogether and move toward benchmarks based on real-world transactions. That approach would definitely make it harder to manipulate benchmarks, Cannon says.

“If it’s an actual transaction, you can’t manipulate it. You could actually say, ‘We traded this bond for this amount on this day,'” Cannon says.

To be sure, that’s easier said than done. There are already trillions of dollars’ worth of long-term contracts that specifically name Libor as the benchmark rate. Trying to fundamentally alter that benchmark after the fact is pretty much impossible, Cannon says.

“With all those contracts, all the interested parties are going to say, ‘Wait a second, if we’re going to call this Libor and it’s still going to be part of this contract, we want to be very sure it’s going to act essentially the same as Libor,'” Cannon says.

Beyond those types of nuts-and-bolts issues, there is a fundamental problem with only using transaction-based data for rate benchmarks: not enough data, Subrahmanyam says.

“It’s very nice to say ‘market-based,’ but what market are you talking about?” Subrahmanyam says. “If there were no transactions today, what are you going to do?”

While there are usually plenty of data on lending rates for standard maturities and widely used currencies such as the U.S. dollar, finding enough data on other types of lending can be difficult or impossible, he says.

Instead, Subrahmanyam suggests forcing banks to put their money where their mouth is. In that scenario, regulators would randomly choose a bank and force it to lend to or borrow from the central bank at the interest rate they’re submitting for the Libor survey. If the rate is kosher, it won’t hurt the bank, but if the rate is artificially high or low, the bank will lose money on the transaction — punishment for their dishonesty.

While Cannon agrees the prospects for transaction-based benchmarks are fairly grim right now, if Dodd-Frank’s regulation can force more transactions that would have previously been private onto public exchanges, the transparency will help with the data problem, he says.

“As you push more swaps to exchanges, we may well be able to move to a more transaction-based index over time,” Cannon says.