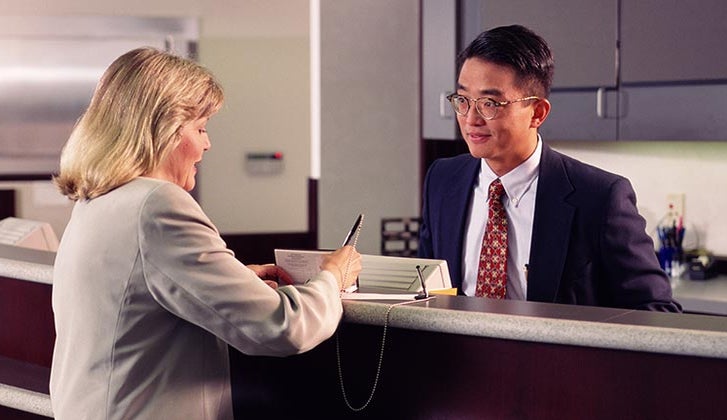 To reduce the chance of having unauthorized bank accounts opened in your name, you have to say “no” repeatedly.

Even then, it’s a good idea to regularly check credit reports for accounts that you didn’t intend to open.

Those are takeaways from interviews with banking experts regarding Wells Fargo’s opening of 2 million accounts without customers’ permission. Wherever you bank, if your branch’s employees persistently push you to open new accounts, then you have to express yourself clearly when you’re not interested.

More: Did you know that your banker might not have any banking experience?

Know when to say ‘no’

“If you don’t want to be a victim, you’ve got to be forceful. Even when it moves you past your comfort zone, just say ‘no’ and stay at the task at hand,” says Randy Holbrook, who worked as a personal banker for Wells Fargo in two stints from 2012 to April 2016. “You just got to know when to say ‘no.’ “

Holbrook says that when he started working for Wells Fargo, he would phone customers to persuade them to open new accounts. If they didn’t flat-out say “no,” he sent them account applications and opened new accounts.

The Consumer Financial Protection Bureau fined Wells Fargo $185 million in September 2016 and accused the bank of opening more than 1.5 million checking and savings accounts and more than a half-million credit cards without customers’ authorization from 2011 to 2016.

More: Meet a who says he wound up with 20 accounts as part of the Wells Fargo case.

Doubling down on debit cards

Forcefully saying “no” isn’t a guarantee against unauthorized actions. In 2012, a former Wells Fargo personal banker in the St. Helena, California, branch filed a whistleblower and discrimination lawsuit against the bank. The plaintiff, Yesenia Guitron, testified that some customers complained to her that they had ordered debit cards that were taking too long to arrive. According to the lawsuit, Guitron found out that “other bankers had been directing that the debit cards be mailed to the branch instead of the customers’ homes, so that the bankers could reorder cards sent to the correct address.” The additional cards counted toward sales quotas.

Guitron’s lawsuit was dismissed on summary judgment on the grounds that she hadn’t been fired because she never returned to work after being placed on administrative leave.

Sometimes consumers find out about unauthorized accounts and products when they receive an unexpected credit or debit card in the mail. Other times, a sham account is not so obvious.

“Unfortunately, often unauthorized accounts show up after they create problems for a consumer,” says Chi Chi Wu, a staff attorney for the National Consumer Law Center. She suggests checking your credit reports at least three times a year for unauthorized activity.

The credit reports will reveal any unauthorized credit cards. To check whether unauthorized checking or savings accounts have been opened or closed in your name, request a free report from ChexSystems, a company that operates a database of deposit accounts.

Regularly check your bank accounts online and watch out for unusual activity.

“Essentially, someone who tries to get credit in your name can’t do so until you lift the freeze,” he says.