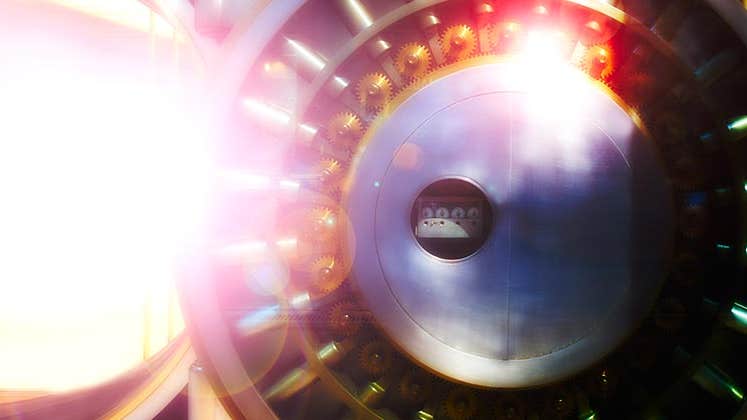 If banks are big enough that their failure would break the U.S. economy, they’re too big — and someone should break them into smaller pieces.

That’s been the assertion of various politicians and policymakers, particularly since the 2007-2008 subprime mortgage crisis. Democratic presidential hopeful Bernie Sanders has taken up the cry, saying that banks that are too big to fail are too big to exist.

What would happen if the largest U.S. banks broke into multiple smaller banks? Would it be harder to get a mortgage? Easier to get a business loan? Would consumers still enjoy the technological innovations that have made banking more convenient? The answers depend on whom you ask.

Too big to fail?

When proponents talk about breaking up big banks, they typically mean between 5 and 10 of the largest banks in the U.S. By assets, that list includes the following, according to SNL Financial:

These companies do business globally and handle every aspect of banking, including checking accounts, consumer lending, business financing, wealth management and investment banking. 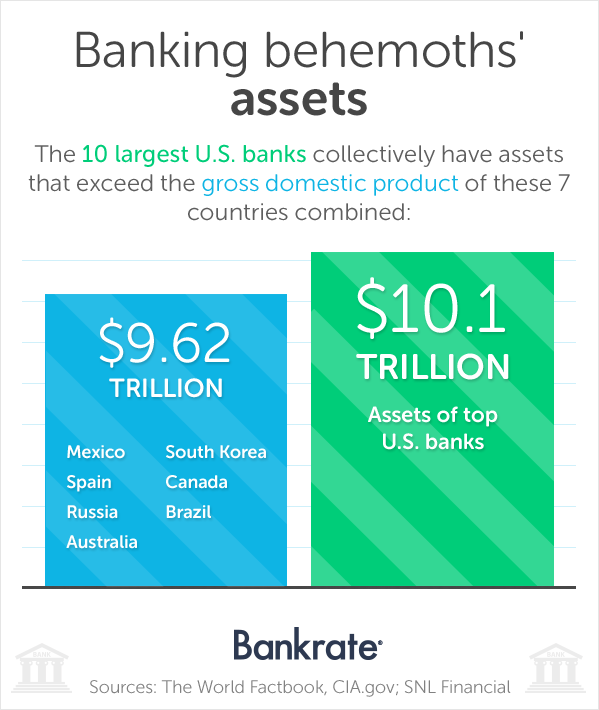 They sit atop a banking industry that has significantly consolidated over the past 30 years. According to the Federal Deposit Insurance Corp., the U.S. had 15,084 banks and thrifts in 1984. By the end of 2003, that number was 7,842, a decline of about 48% that shrank smaller banks and swelled the biggest banks. Altogether, the 10 largest banks boast assets totaling $10.1 trillion dollars.

Most of those banks received federal bailout funds, as did a great many others. That angered many taxpayers, not just because of the usual objections to using taxpayer money to prop up mostly profitable businesses, but also because banks helped cause the crisis in the first place by writing, then securitizing, mortgages that borrowers couldn’t pay. If banks are so big that their failure would wreck the American economy, the argument goes, then the U.S. taxpayers will always bail them out — so banks have no incentive to avoid potentially dangerous behavior.

But breaking up the big banks, even if it is ultimately a good idea, isn’t a simple proposition. “A bank failure would have a huge impact,” says Chuck Mueller, president and CEO of Fidelity Bank in Edina, Minnesota. “But breaking them up would also mean some immediate issues.”

A bank breakup would mean a net increase in the number of banks, because each big bank would become many small ones. That would probably increase competition for retail business — but the increase might not be terribly meaningful, Mueller says. “With thousands of banks competing for your loan, there’s already plenty of competition,” he says. “There’s a flood of liquidity out there.”

The big banks are far from the only source for commercial loans, too. “The very largest banks control about 80% of banking assets in the country, but community banks make more than 50% of all business loans of less than $1 million. They understand local markets and small businesses and are willing to stick with firms over business cycles of decades or generations,” says Terry J. Jorde, senior executive vice president and chief of staff at Independent Community Bankers of America. “They understand their marketplaces and are very effective at identifying the niches that are specific to their areas.”

But though credit may be just as available as ever, a bank breakup might mean higher interest rates and fees. “You can’t run 3 smaller banks for the same amount you need to run one big bank,” says Christine Pratt, a senior analyst at Aite Group, a research and advisory firm in Boston. “The banks can’t be any more cost-effective than they are now.” Smaller banks, lacking the efficiency of scalable operations, would have to raise rates and fees just to stay afloat.

In addition to making money through lending, fees, investment and wealth management services, large banks also serve the debt markets as loan aggregators. “Banks ultimately sell loans to aggregators such as Wells Fargo, U.S. Bank, or JP Morgan Chase, which in turn put them into securities and sell them to investors,” Mueller says. “If banks aren’t big enough to aggregate loans, I think that could affect the flow of mortgage money.”

The market slows down now when there’s a flood of business, Mueller adds, so it’s easy to imagine how fewer aggregators could mean slower lending.

Banks don’t just aggregate loans; they also invest in them. Smaller banks might be less able or willing to risk money this way, a change that could also mean waiting longer or paying more for mortgages.

The biggest banks have a global presence, Mueller says, and that’s something smaller banks would find hard to replicate. “We rely on the expertise of U.S. banks to help customers who have international businesses. Do you really want large U.S. companies going to large foreign banks? Or do you want to have some control over the banking services they’re receiving? Break up the banks and you push the center of finance out of the U.S. and over to Europe. That’s not good overall for the American economy, especially in a world that’s becoming more globalized every day,” he says.

Jorde disagrees. “You don’t need a $2 trillion bank to work globally and with international companies. Banks all over the country develop the ability to serve their customers’ needs,” she says.

Technological innovation isn’t cheap, either, and big banks spend more on research and development than do their smaller colleagues. “Big banks are strong supporters of technology,” Pratt says. “The top 10 to 15 carry about 85% of the overall technology budget. Those are the ones that spend the money to run the systems and networks, and also help develop new technology. The innovation labs aren’t in … community banks.”

That doesn’t mean the banking industry can’t invent new products and solutions without big banks, Jorde counters. ” It’s not just the banking industry that develops technology,” she says. “Financial companies and software companies do, too.” Sometimes, she adds, big banks’ large, legacy systems even make them slower than smaller banks to innovate.

Right now, the U.S. relies on regulation to keep banks away from potentially expensive mistakes, with the requirement that banks keep enough capital on hand to withstand a crisis as a centerpiece of that plan. Will that be enough?

“We’re not going to know until we have the next crisis,” Jorde says. “There certainly have been strong efforts to make sure this doesn’t happen again. Whatever we do, we need to end the potential for another crisis to bring down the very largest banks and force the taxpayer to stand behind the bailout of those banks.”