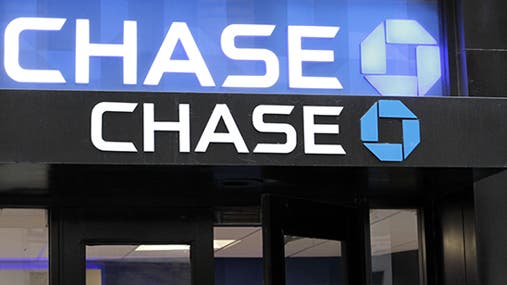 Many of the nation’s biggest banks, including JPMorgan Chase, PNC Bank and U.S. Bank, now offer their own prepaid cards.

Many of these bank prepaid cards now have low monthly fees, according to the Bankrate 2014 Prepaid Card Survey. Typically, there are no fees for bank ATM withdrawals or reloading a card. Even so, nonbank prepaid card fees also are dropping and their features may be richer, according to a July 2013 Consumer Reports study.

With prepaid cards, the attraction for big banks is that their use is exploding. The dollar amount loaded onto prepaid cards is expected to grow from $82 billion in 2012 to $167 billion at the end of 2014, according to the Consumer Financial Protection Bureau, or CFPB.

Consumers are turning to prepaid cards because of financial difficulty, says Christina Tetreault, a staff attorney at Consumers Union. Given increased card demand, even the Occupy movement is trying to start a prepaid card.

Big-bank prepaid debit cards look like regular debit cards. But the difference can be striking. Prepaid cards aren’t linked to a checking account. Instead, they’re mainly used for making purchases, withdrawing money or even paying bills online at some banks.

Tetreault says that big-bank prepaid cards offer one key advantage — being able to tap into large ATM networks at no charge. For example, Chase Liquid card users can make no-fee withdrawals at more than 19,500 ATMs.

Heavy ATM users should look for this free access, says Tom Feltner, director of financial services at the Consumer Federation of America. Many other prepaid card companies, such as Green Dot with its 22,000 no-fee MoneyPass ATMs, also let you easily withdraw money for free.

Reloading your bank card is also usually free. Still, some prepaid card companies don’t have the huge no-fee networks, so some prepaid card users can get socked with fees of up to $5 per withdrawal, Tetreault says.

At some big banks, you can deposit money via wide-ranging branch systems or special ATMs. For example, Chase Liquid users can deposit up to 30 checks or up to 50 bills in more than 11,500 Chase DepositFriendly ATMs. Like teller deposits better? Bank your bucks at one of Chase’s 5,600 branches.

One of the biggest pluses is that big-bank prepaid cards are safe because they are covered by the Federal Deposit Insurance Corp, or FDIC. That’s an important protection, since you can’t lose money if the bank goes belly up, Tetreault says.

Here, too, banks aren’t alone. Some of the cards with the lowest fees, such as the Green Dot and the American Express Bluebird cards, are also FDIC-insured, according to the Bankrate Prepaid Card Survey.

Prepaids help you get back into banking

Big-bank prepaid cards can be a great entry back into banking. Many banks see these cards as an entry-level product, so forging a relationship can pay benefits down the road, Consumer Federation’s Feltner says.

Consumers may eventually qualify for a full-fledged checking account, which could be cheaper than using a prepaid card, he says.

Like most prepaid cards, those offered by banks also are easy to get, says Leslie Tayne, founder of Tayne Law Group in Melville, N.Y. There are usually no credit checks, since you’re merely loading your money onto your card.

The downsides to bank cards

Despite these pluses, big banks may not always be the best choices. For starters, bank prepaid monthly fees seem low, but they also may charge extra for card activation, paper statements or even for talking to a customer service representative, according to the Bankrate Prepaid Card Survey.

Tetreault says the kicker is that these bank fees usually can’t be waived. Some other cards, such as the Green Dot card or the Suze Orman prepaid card, waive charges with direct deposit.

In addition, fees and terms can be hard to understand, according to the CFPB. The reason is that there’s a lack of industry-wide standards on prepaid cards. The result is that comparing prepaid cards is difficult, the CFPB says.

Tayne says you should make sure you understand the terms of the card and go for the card with the lowest fee.

Are prepaid cards a good alternative?

Some big-bank prepaid cards lack essential functions, such as bill pay. The Durbin Amendment, part of the Dodd-Frank Wall Street Reform and Consumer Protection Act passed in 2010, places some limits on bank prepaid card features. So, banks may not offer bill pay to avoid those limits, Tetreault says.

Conversely, a lot of cards that aren’t from big banks, like the H&R Block Emerald Prepaid MasterCard and The Approved Card From Suze Orman, have lower fees and higher functionality, Tetreault says.

For these reasons, Tetreault advises consumers to see bank prepaid cards as second accounts, or additions to regular bank accounts.

For example, Tayne says the cards can be used to buy holiday presents or for budgeting your money. They’re good alternatives for people who must be careful about their spending, since there’s a finite amount of money on the cards, she says.

Tetreault offers these final words of wisdom: Figure out what your needs are.