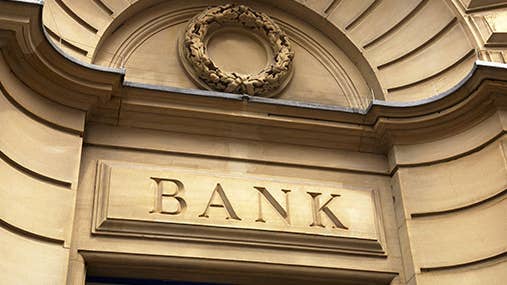 Bank fees and low interest rates are pushing customers to look for alternative ways of banking, but is going “bank-free” the answer?

To determine if your world can do without a bank, a good first step is to determine how banking has changed and whether those changes are friendly or not to the consumer.

Banks have steadily increased fees in the past two years. According to the Bankrate 2012 Checking Survey, free checking is growing increasingly rare at U.S. banks. Only 39 percent of banks offered a checking account with no minimum balance requirement and no monthly fee, the standard definition of a “free” checking account. In 2011 it was 45 percent and in 2009, 76 percent of banks offered free checking. Also, the average monthly maintenance fee for a noninterest-bearing checking account rose to a record high of $5.48 in 2012, an increase of 25 percent over 2011.

“Recently, more than 5.6 million Americans have closed their accounts with large banks, and of those consumers, approximately 214,000 opened new accounts with a credit union,” Schrage says.

People are becoming fed up with increasing bank fees, low interest rates and poor customer service at many large banking institutions, he says. One example is the backlash against Bank of America when it threatened to charge monthly fees for its debit cards in 2011. The bank quickly reversed course.

Schrage says two of the best alternatives to banks for keeping your money in a place where it also can gain a return are credit unions and money market mutual funds.

For example, the interest rates offered on credit union accounts are generally higher than those offered by most banks, and the fees are lower.

These accounts have minimal initial investment requirements, generally ranging from $500 to $5,000 and unlike a CD account, you have regular access to your money, although there may be a minimum amount for which you can write a check and you likely will have management fees. In addition, you might be limited as to how many checks you can write per month or per year, Schrage says.

In addition to the rates you can earn and fees you will pay, another area of consideration before ending your bank relationship is whether the technology offered by the competition will measure up to your needs.

In terms of technology, credit unions are working to update their offerings. Schrage says you may not receive all of the conveniences that come with a bank account such as the option of online bill pay. But Todd Pietzsch, spokesman for the Boeing Employees’ Credit Union, or BECU, in Tukwila, Wash., says that many credit unions also are offering mobile banking and remote deposit.

“Many consumers believe that if you join a credit union, you have to give up access and convenience, but that is no longer the case. At BECU and most credit unions, you will find similar services to a bank. And, as credit unions work together in a cooperative ATM network, members have access to over 30,000 surcharge-free ATMs throughout the country,” Pietzsch says.

For those with a hankering to sit in front of a computer rather than drive to a brick-and-mortar bank or credit union, online banking may be your best alternative. You might even find an uptick in the rates you’re receiving from your physical banking institution. Some examples of online banking services with competitive rates to credit unions and banks are SmartyPig, Capital One 360 and Ally Bank.

Banks aren’t going to take a back seat to online alternatives easily. For instance, Virtual Wallet by PNC is new way to group your money, the company’s website says. On these accounts, consumers are offered free ATMs, online bill pay and help with tracking their money, as well as alerts and reminders.

Randy Jarvis, president of Union National Bank in Sparta, Wis., says that there is a growing trend in large institutions of charging more and larger bank fees to make up for lost interchange, or so-called swipe fees, on debit cards as a result of changes in banking laws. But he says you might downsize to a community bank, generally regarded as those with less than $10 billion in assets, as a replacement.

“Small banks tend to have an overall lower fee structure and can typically provide all the same services of large banks, but with person-to-person service. Community banks also have the added benefit of investing back into the local economy,” Jarvis says.

With an ever-changing banking landscape, some banks become even larger. As a result, you may not know whether it’s better or worse for you or your deposit accounts until the newly formed bank changes the terms and conditions on accounts in the wake of a merger or bank acquisition.

For example, Wells Fargo announced its merger with Wachovia in 2008, but it took months to unify the fee structure of both banks and for customers to know what fees they would pay on their accounts going forward.

Even with pressure from online banks and nonprofit credit unions, banks have continued to increase their fees on consumer accounts. “It would be nice to say that the mass exodus from banks has forced them to change their policies, but this simply isn’t true,” says Schrage.

He adds that banks have rebounded quite nicely from the recession. In the first quarter of 2012, the banking industry reported earnings of a little more than $35 billion, which is an increase of almost 23 percent over the same period in 2011.