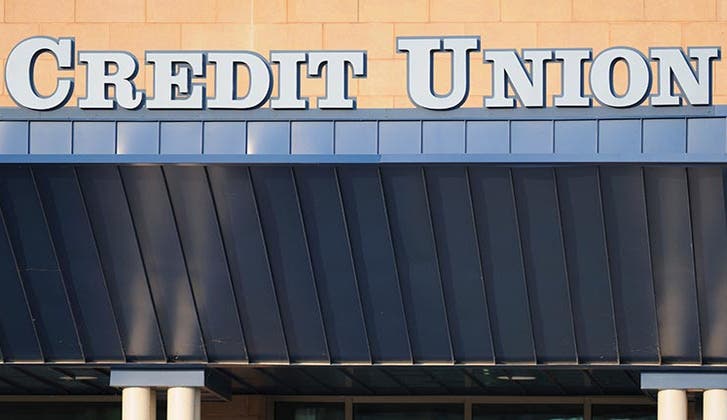 “Just running out to the bank” isn’t what it used to be for our elected representatives in Washington. Times have changed.

Before the Angry White Males of 1994 and the Soccer Moms of 1996, another breed of constituent terrorized Washington briefly in 1992: Regular Folks Who Pay NSF Charges When We Bounce a Check at the Bank.

We were mad as hornets and looking for blood because of something you might remember — the so-called House Bank Scandal in the spring of 1992.

Some members of the U.S. House of Representatives were found to have written dozens or hundreds of checks for insufficient funds, without having to pay overdraft charges or suffer direct hits on their credit histories.

But today our elected representatives are — at least when it comes to banking — just like the rest of us!

Their personal little corner of the banking world has been torn down and in its place stand two federal credit unions.

And they can’t push in line when they go there.

Congress perceived the ’92 fiasco as less an ethical lapse than a bipartisan political emergency (members of both parties wrote bad checks). House leaders quickly named names, then waited for the press pack to get bored with the story and find a presidential candidate to gnaw on.

Sure enough, the House scandal receded as the press latched onto juicier subjects in that presidential election year: Gennifer Flowers’ claim of an affair with Bill Clinton, Ross Perot’s charge that rogue Republicans tried to disrupt his daughter’s wedding, George Bush’s astonishment at seeing a supermarket bar-code scanner.

But Congress learned a lesson: get out of the unregulated, unaudited banking business.

Nowadays members of Congress have to get banking services from regulated institutions. Among them are the House and Senate credit unions, whose members include not only elected members of Congress and their families, but lobbyists, Congressional staffers, Capitol Police, Supreme Court justices, C-SPAN cameramen, employees of a veterinary clinic in McLean, Va., and assorted others.

Newly elected members of Congress who move to Washington expecting special privileges from their credit union would be disappointed. They don’t get to cut ahead in line, and they don’t get breaks on fees and interest rates, which are unremarkable when compared with other credit unions.

The Wright Patman credit union (named after a Texas congressman who championed the Federal Credit Union Act in 1934) is for members of the House and the aforementioned staffers, police, camera operators and veterinary assistants. The U.S. Senate Federal Credit Union serves members and staffers of that august body, as well as employees of the Supreme Court and the General Accounting Office, workers at a daycare center called Tiny Findings, and others.

All customers are created equal

There are no exclusively printed checks just for House and Senate members, no special rules. Members of Congress have to wait just as long as everyone else for deposits to be credited to their accounts and they pay the same fees, charges and interest rates.

“I doubt that they would ask for any special privileges. It’s never been asked of me,” says Jerry L. Roley, president and CEO of the Senate credit union. “As a credit union, everybody’s supposed to be treated equally.”

Translation: A big political stink would ensue if politicians got special privileges, and federal regulators might not look too kindly on the practice, either.

As for those NSF charges: A bounced check carries a $20 fee. But the credit unions encourage their members to apply for overdraft protection that transfers money from a savings account or taps into a line of credit.

Managers of both credit unions exercise discretion. Hess says he doesn’t even know how many members of the House have accounts at the credit union, and he wouldn’t dream of identifying any by name. Likewise with Roley, who doesn’t know how many senators belong to his credit union but believes that a majority do.

For a long time, that office operated what was commonly referred to as the House Bank, which wasn’t really a bank. It was more like a treehouse boys’ club that allows members to raid the ol’ cigar box where dues are kept so long as they intend to put the money back someday.

The House Bank was really a collection of accounts minded by the chamber’s Sergeant at Arms. Members’ paychecks were deposited into these accounts. Although the Sergeant at Arms had no bank charter, members could write checks on their accounts.

In the 1992 scandal, at least two dozen House members took advantage by routinely writing overdrafts in large amounts. Checks should have been bouncing like balls at the French Open, but the Office of the Sergeant at Arms covered overdrafts for free, with no penalty.

When the public caught wind of the practice, House leaders scrambled to control the damage. Jack Russ, the sergeant at arms, resigned and later spent a stretch in prison for wire fraud and filing false financial reports. A former House member, Mary Rose Oakar, was indicted on a number of counts, including one of writing a $16,000 hot check on her House Bank account. She pleaded guilty to a misdemeanor count of funneling that money through fake donors.

Ironically, she deposited the check in her account at the Wright Patman Congressional Federal Credit Union. The credit union, which did nothing wrong, cooperated with investigators.