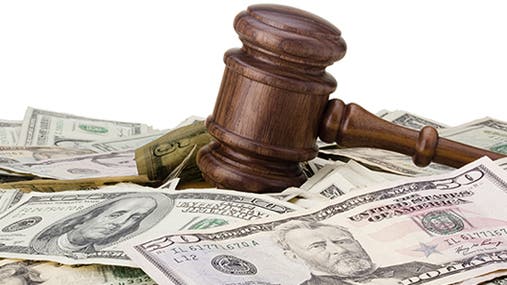 Consumers who get into an argument with a big bank might want to write off their loss and run for the exit rather than stand and fight.

That’s because most large banks restrict consumers’ dispute resolution options, according to “Banking on Arbitration: Big Banks, Consumers and Checking Account Dispute Resolution,” a report last year by the Safe Checking in the Electronic Age Project by The Pew Charitable Trusts in Washington, D.C.

Given all those restrictions, consumers should try to avoid arbitration clauses and arbitration if they can, says Christine Hines, consumer and civil justice counsel at Public Citizen, a nonprofit advocacy organization in Washington, D.C.

“It’s increasingly hard for consumers to avoid arbitration clauses in consumer contracts, but if they can, they should,” Hines says.

“Most sophisticated companies have an arbitration clause that says if you have a smaller case and you want to go to small claims court, you can,” Bland says.

Another alternative might be to file a complaint with a federal or state government agency, such as a banking regulator.

“In general, where a government body has its own jurisdiction separate from the individual, they can go ahead and perform their statutory duties even if the consumer is bound by an arbitration clause,” Bland says.

If arbitration is the only option, research and preparation are crucial. The first step is to read the arbitration clause and understand what the rules are. These clauses can be complex and few consumers are familiar with the process, so legal advice is recommended, Hines says.

Perhaps the biggest risk is a so-called loser-pays clause, which obligates the losing party to pay the winner’s legal costs.

“If you felt that your credit card company owed you $500, you pursued them in arbitration and then you had to pay their lawyers’ fees, you’d be out not only the $500, but probably tens of thousands of dollars,” Bland says. “It’s an incredibly risky proposition.”

The next step is to find out which organization will provide the arbitration services. The two largest are JAMS, formerly known as Judicial Arbitration and Mediation Services, and the American Arbitration Association. Bland says JAMS has a better reputation for protecting consumers’ interests, though much depends on who the individual arbitrator is.

Typically, the consumer has no say in who the provider or arbitrator is.

There’s no hard evidence that arbitrators selected by the industry are more likely to favor the company instead of the individual, Bland says. That might be because while consumer lawyers naturally tend to feel arbitration isn’t as fair to consumers as the courts are, companies also have a larger objective.

“Most banks seem to me to have an incentive to try to keep the system from being too unfair so they can hold onto the class-action ban,” he says.

Arbitration happens outside the court system, but that doesn’t mean consumers can’t hire an attorney to help them. In fact, Bland says an attorney should be consulted.

“Particularly in a larger case, you should try to get a lawyer to go with you and represent you. When one side has a lawyer and the other doesn’t, there is a huge disadvantage to the side that doesn’t,” he says.

Arbitration typically starts with filing a claim through a website and paying a fee. The consumer then submits a letter describing his or her case. The company responds. The consumer may then reply, and then a hearing is held in person or by telephone. The arbitrator makes a decision, which is almost always final.

The arbitrator has a lot of discretion in how the arbitration is conducted, Hines says. That introduces greater uncertainty and unpredictability that might make the process even less attractive to consumers.

“Consumers need to determine what their resources are and how serious their claim is, and they have to look at the entire picture to see if it’s something they can take on and follow through on,” Hines says. “Most consumers don’t sue in the first place, and of those who have valid claims, most are not going to go through the (arbitration) process because it may not be worth it to them. What the companies have done is just cut off legal claims by putting arbitration clauses in the contracts.”