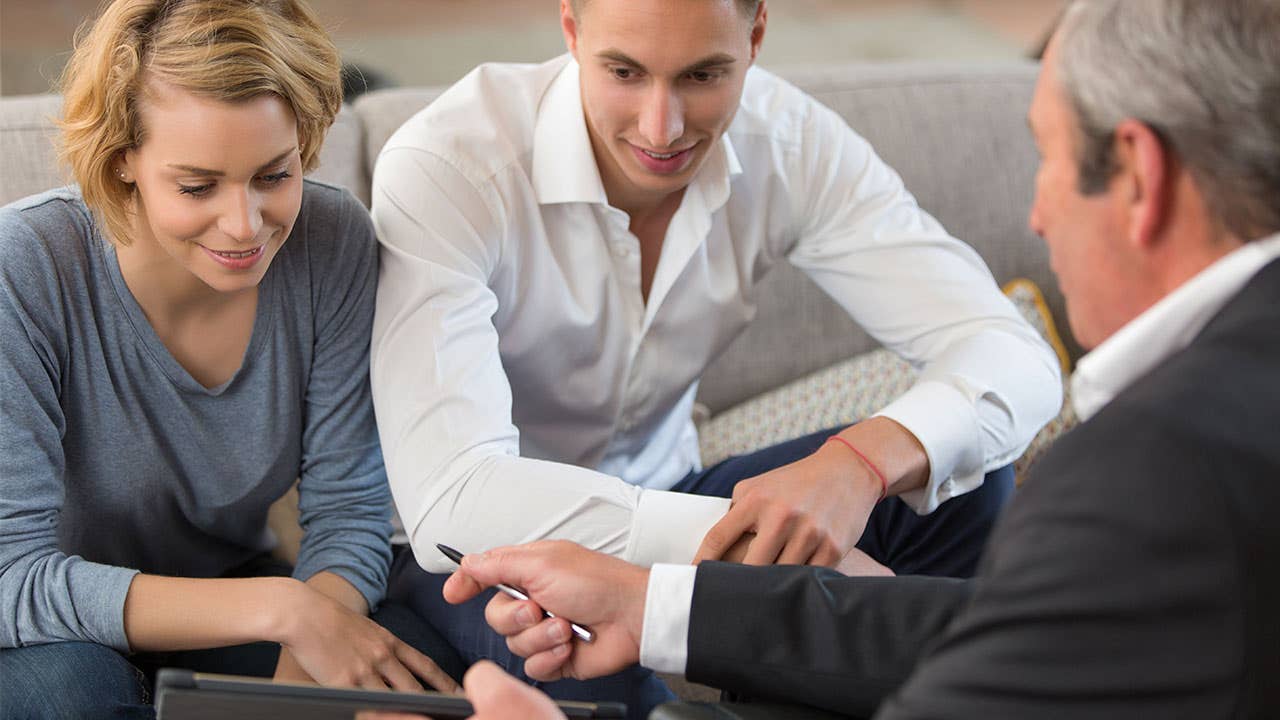 Most people consider “It’s a Wonderful Life” to be just a classic Christmas movie. For banking executive Marc Stefanski, the film is more like the story of his life.

Similar to George Bailey, the main character in the film, Stefanski can’t hear in one ear. Both of their fathers died from strokes. And both unexpectedly took over the family business of running a savings and loan association (S&L).

In May, Third Federal Savings and Loan will celebrate its 80th anniversary, says Stefanski, the Cleveland-based institution’s chief executive officer, president and chairman. Few S&Ls—also known as thrifts—can say the same. Like Bailey’s fictionalized savings institution, many thrifts have seen their fair share of financial troubles.

If passed, a bill under consideration by Congress with bipartisan support—which members of the United States Senate voted to advance Tuesday—would make it possible for federal savings associations with assets of $15 billion or less to function as national banks without changing their charters.“This will result in additional conversions, I suspect, of thrifts to banks,” says Chip MacDonald, an Atlanta-based bank regulatory lawyer at a firm called Jones Day.

In the old days, thrifts helped Americans borrow the money they needed to buy a home. But for decades, they’ve been in decline.

Data from the Federal Deposit Insurance Corp. (FDIC) reveals that there were 752 federally insured saving institutions in December 2017. In 1980, there were more than 4,500 S&Ls insured through the federal government or a state-sponsored program. The total number of banks has shrunk over time, too. 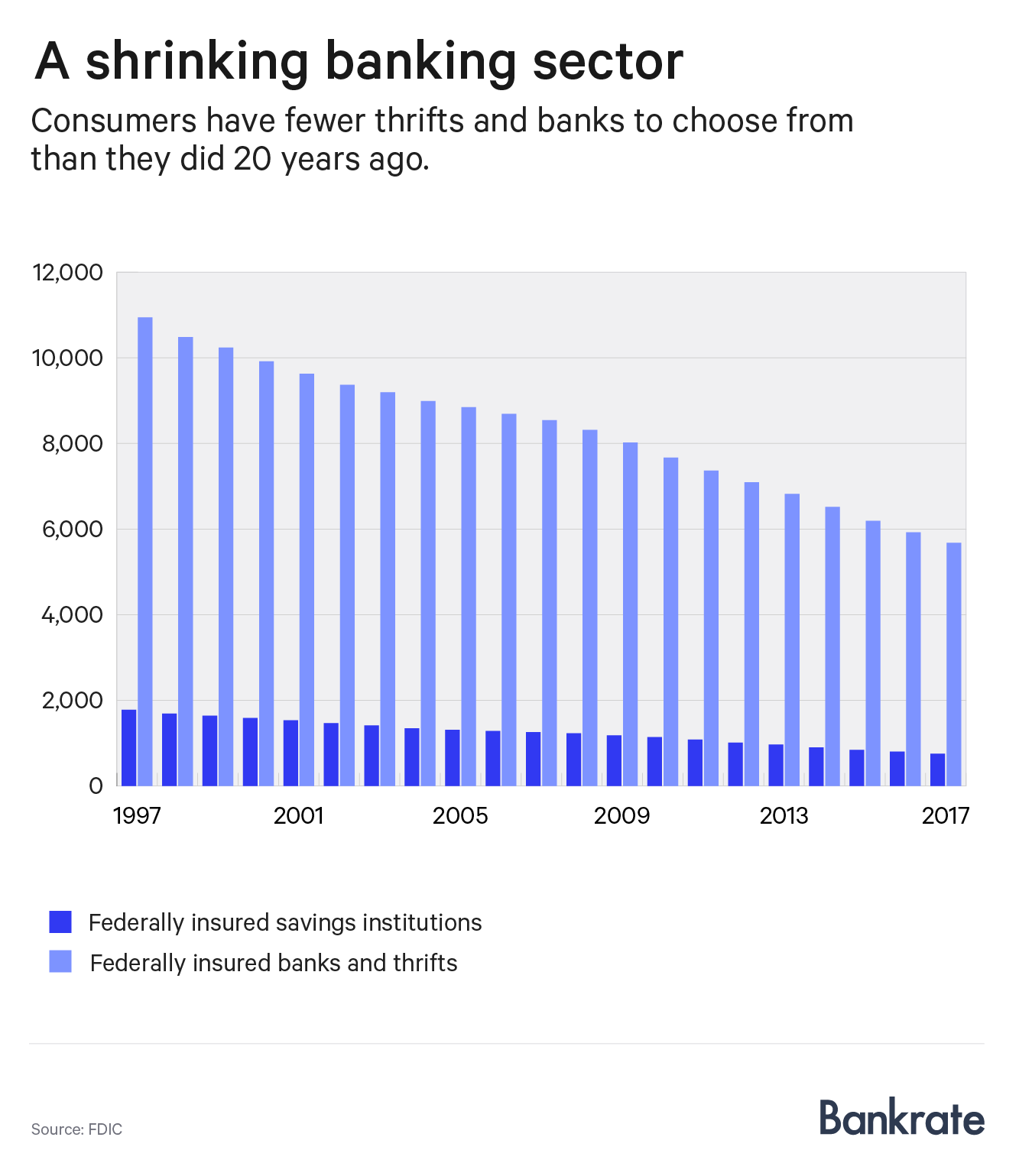 The 1980s were a particularly dark period for S&Ls. Inflation had been soaring and the Fed was trying to reign it in by tightening the money supply.

Interest rate controls kept S&Ls from offering the best savings rates. Many customers pulled money out of their passbook savings accounts and put them into investments paying higher rates of return, like money market funds.

Meanwhile, S&Ls were losing money on mortgages in a rising interest rate environment. This was a problem for thrifts, which were required to have most of their portfolios tied up in housing-related assets.

Efforts to deregulate the S&L industry made matters worse. Thrifts made risky investments and those that couldn’t pay off their debts continued to operate and attract new depositors. These events created the so-called savings and loan crisis at the end of the 1980s, in which hundreds of S&Ls failed or merged, and taxpayers had to foot the bill for a bailout costing more than $100 billion.

“There had been a very sharp regulatory difference between savings and loans on one hand and commercial banks on the other,” says Bert Ely, a banking consultant. “That started to erode with the 1989 legislation, the so-called FIRREA legislation—which was the S&L bailout legislation—and then it’s continued over time.”

While some savings associations have struggled to transition, others like Home Savings Bank in Youngstown, Ohio have transformed into community banks. For the former mutual savings bank, its commercial growth and success have been largely due to its ability to put together the right team to meet clients’ needs.

“We’ve been able to have a four-fold increase in commercial and not break the organization from a credit standpoint and a risk standpoint,” says Home Savings president and CEO Gary Small. “That’s absolutely because of the quality of the folks we’ve brought in and the markets that we’ve expanded to in Northeast Ohio.”

With the passage of Dodd-Frank, the gap between commercial banks and thrifts narrowed further. Commercial banks were allowed to take advantage of benefits that federal savings associations once exclusively enjoyed, but federal thrifts remained subject to limitations, like the requirement that 65 percent of their portfolio had to be made up of housing-related assets.

Having a federal thrift charter, which multiple bills had attempted to eliminate, seemed even less special. When the former regulator that supervised thrifts disappeared, a number of federal savings associations wanted to become state-chartered savings associations, says Chris Cole, executive vice president and senior regulatory counsel for the Independent Community Bankers of America.

Regulatory burdens have helped drive the consolidation seen throughout the banking sector. Other factors have caused the industry to shrink. In the low interest rate environment, Cole says, there has been more interest in wanting to be bigger in order to be more profitable.

“I think as consolidation continues, the number of savings and loan associations will diminish, as have all community banks,” Cole says. “But that doesn’t mean market share has diminished.”

Though there are fewer thrifts, they still play an important role in the banking industry. You may want to consider banking with a thrift, especially if you’re on the hunt for a mortgage loan. Some, like Third Federal, offer competitive CD rates.

A thrift may be a good option if you need a home loan, but you don’t have the best credit, Cole says. Many savings banks consider other factors when deciding whether someone can qualify for a loan.

“It’s not only a quantitative decision, it’s a qualitative decision,” says Kip Weissman, partner with law firm Luse Gorman. “Community banks, local or thrift, are in a better position to leverage their knowledge of the local conditions and make loans.”

The level of service provided by thrifts also rivals what bigger banks offer.

“We compete on price and service,” says Stefanski of Third Federal. “Usually we try to outprice our competitors and our service is very good.”