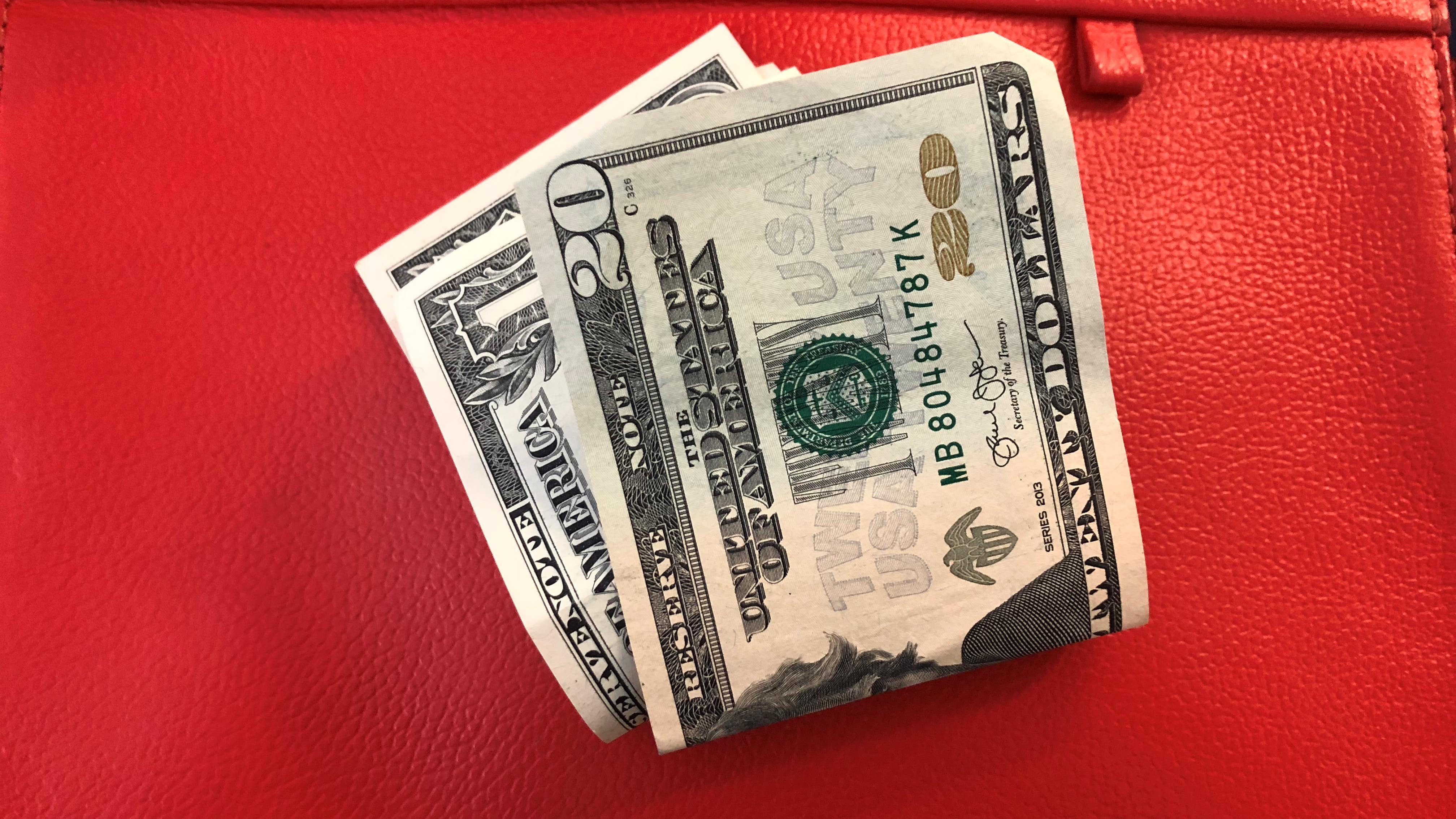 I like to think I’m pretty good with my money, but I’ll admit I’m not always the most mindful spender.

I like buying things. Scouring clothing stores to find the best deal or scoping out restaurants for the perfect dinner menu is the best sort of competition because I always take home the prize. Shopping is a hobby for me.

After a particularly high post-holiday credit card statement, though, I needed to do something to curb my bad habits. So I started a weeklong no-spend challenge.

While the specifics can vary for everyone, the objective is to refrain from spending money on any non-essential expenses for a specific period of time.

Full disclosure: I didn’t quite make it.

To determine where I went wrong, and to help others not make my same mistakes, I enlisted the help of no-spend pros.

Kristin Larsen, founder of BelieveInABudget.com, is a big proponent of no-spend periods and uses them frequently to keep her spending in check.

“It doesn’t matter how many times you do a no-spend challenge, you can have great results,” she says. “It’s always going to be a positive thing in your life.”

“Doing a challenge forces you to prioritize and really think about what you’re doing,” she says.

How to prepare before the no-spend week

According to Larsen and Williams, one of the most important aspects of a successful no-spend challenge is developing a detailed plan before you begin. Get your family or partner involved, schedule free activities in advance and think critically about your essentials.

This is probably where I first went wrong. I’m not a great planner.

I did choose a week in which I had no necessary expenses due. The only thing I really needed to buy was food, since my tiny kitchen prevents me from keeping too many items stocked in the freezer or pantry.

I looked back at my grocery spending over the past few weeks to determine a food budget. Usually, I’ll buy items throughout the week as I need them, knowing that I’ll likely dine out at least a few times. On average, I spend about $50 each week grocery shopping this way.

Based on minimal calculations and a lot of guesswork, I settled on $80 for my food budget to offset the meals I would normally have eaten at restaurants.

Day one was Tuesday, which meant, like usual, I packed my lunch and ate breakfast on my way out the door. A busy day at work and the promise of continuing my latest Netflix binge made it easy to head straight home and make an easy dinner.

I did purposely choose an easy starting day, but it kept me motivated.

Larsen recommends starting slow to ease yourself into no spend periods. Try to accomplish a single no-spend day, then two or three and eventually a week or more. Even small periods of saving can add up quickly.

On Wednesday, I was still riding the high of day one’s success until I checked my mailbox and found a belated holiday card with, oh no, a prepaid Visa gift card inside. My fingers itched to log on to my favorite online stores and start shopping, but I stuffed the card deep inside my bag, out of sight.

My first real challenge came that night. I planned to attend a small concert with a couple of friends, a semi-regular weeknight occurrence during which I would usually spend money on food and drinks and maybe even splurge on a Lyft home.

Instead, I avoided the bar and took the train home after the show ended, without even a late-night dollar pizza slice. Both my wallet and my early morning alarm thanked me.

Day 3: The challenge gets rough

Just when I started to think everyone was overstating the difficulty of this entire thing, my usual spending vices appeared.

I woke up Thursday to promotional emails from my favorite stores offering limited-time sales. The neighborhood newsletter I subscribe to gave a new restaurant rave reviews. One of my favorite artists announced tour dates. Day three was rough.

After speaking to Williams, I learned that this would have been a great time to start keeping a list of all the things I wanted to buy. She does this monthly.

“Take a sheet of paper and every time you have the urge to buy something, write it down and make yourself promise you’ll wait until the end of the month,” she says. “That’s a really helpful tool to make you realize just how often you do impulsive spending. You can really see how strongly you feel about that at the end of the month.”

Day 4: Victory at the grocery store

On Friday, I visited Trader Joe’s with my $80 grocery budget in hand.

Making an effort to be more purposeful with my purchases, I bought a week’s worth of breakfasts, lunches and easy dinner options, and my total came out to only $58. Under budget!

A single trip to the store instead of my usual multiple per week helped me make more thoughtful food choices and kept me from overspending on things I don’t need. I spent only $8 more than my weekly average, but I left with much more food than usual and a plan to make it last.

Larsen trims her grocery bill even more by using a grocery delivery service to mitigate impulse buys. When ordering online, “I know what’s on my list and that’s all I can get,” she says. “Sometimes, I don’t even want to go to the grocery store, because I start wandering down aisles. If I just order it and this is what they bring, that’s all I can have.”

Saturday I realized how helpful a well-thought-out plan would have been.

I knew going out with friends would lead to spending money, but it was too late to persuade mine to change their plans. Instead, I stayed in to meal prep and catch up on chores. I wouldn’t do this every weekend, but it did help me practice saying no and setting boundaries for myself when I need to save. It also motivated me to seek out free activities for next time.

My time at home led to another issue, though.

The concert that was announced day three? Saturday afternoon, after watching (many) YouTube concert videos, I felt like I had to buy tickets immediately. I caved. I bought them.

To make myself feel less guilty, I did at least use the prepaid gift card from day two.

Larsen says this is a strategy she’s used before. “I would find little ways I could make money, and then when I knew I had to spend it, I didn’t feel like I was taking from my bank account,” she says. “I was just using that extra fluff I had brought in. I didn’t want to see any transactions on my debit card.”

She recommends taking the extra time you have during the challenge to sell clothes you no longer wear, or, like me, search for any unused gift cards.

Though it felt like a big step backward, Williams says it’s important not to let a setback throw you off completely. “I think that’s where a lot of people get in trouble,” she says. “There’s always going to be stuff that comes up, so it really is just about being able to roll with it and say, ‘OK, I’m going to go to this, but then I’m not going to go to movie night on Tuesday.’”

Day 6: Another step back — kind of

I spent the afternoon at a friend’s birthday brunch, but again, I found a way to justify my spending. Because I didn’t use my entire grocery budget for the week, I used that extra $22 on brunch (plus an additional $20 I still owed).

Williams told me there’s no shame in budgeting for extras upfront, especially if you’re attempting a long-term challenge. It’s not about deprivation, she says.

“You’re always going to have those surprise things that come up, like the brunches, so maybe next time you budget for surprise stuff.”

Day 7: A look back at what I learned

The challenge ended on Monday, and having a weekday schedule again made it much easier to not spend money. I succeeded, but it only underscored how much I need to work on my weekend impulse purchases.

This challenge may not be sustainable for me long term, but I learned a lot about my spending habits and I’m working on incorporating some aspects into my daily life.

As the week went on, I found I wasn’t as concerned with success or failure as I was interested in seeing where my spending habits have been throwing off my bigger savings goals. I definitely need to work on saying no, make smarter decisions at the grocery store and find ways to keep from shopping out of boredom.

Compared with my regular weekly spending, I saved about $160, after subtracting my grocery budget and the two purchases I made, which is a significant amount for me. And it felt really good to deposit that additional $160 into my savings at the end of the week.