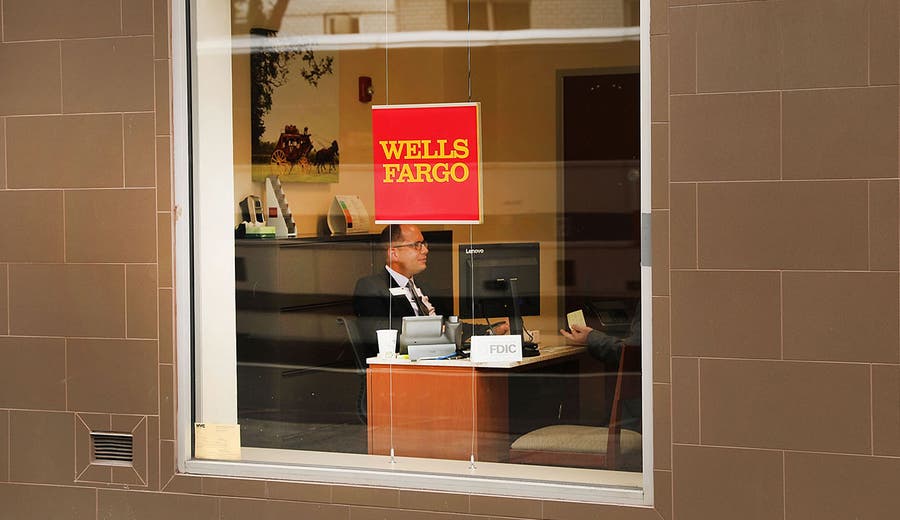 Customers of one of the biggest banks will soon see another name atop their favorite branch.

Flagstar welcomed more than 50,000 Wells Fargo customers Friday. Branches formerly owned by Wells Fargo will close for the weekend and reopen on Monday as Flagstar branches.

Wells Fargo announced in early June that it was selling 52 branches in the Midwest to Flagstar Bank, a midsize federal savings bank based in Troy, Michigan. The move means there will be no Wells Fargo branches in Indiana, Michigan or Ohio. Wisconsin will lose four branches, leaving 48 locations for customers in that state.

Even if you barely visit a physical branch, you should understand what’s going to happen to your Wells Fargo checking or savings account.

Wells Fargo is selling roughly $2.3 billion in deposits. In the states impacted by the acquisition, Flagstar will take over:

Wells Fargo is holding on to its other accounts in the Midwest, including:

All 490 team members affected by the sale received offers to work at Flagstar, which will reach out to customers with the accounts they’re acquiring.

Customers should take steps to prepare for the transition. Former Wells Fargo customers in the region will not be able to access online banking over the weekend. Debit cards won’t work either. Some ATMs may be unavailable, but you’ll be able to withdraw cash fee-free from one of Flagstar’s 56,000 ATMs, which you can find at many stores like Target and CVS. If your account is being transferred to Flagstar, note that you’ll also be unable to make bill payments, send money through Zelle or make or change any transfers of funds from your account.

Once you’ve received your new debit/ATM card from Flagstar, you can activate it over the phone (844-368-1838). Starting on Monday morning, you’ll also need to sign up for online banking through Flagstar online or through the bank’s app.

The branches Flagstar is acquiring are in an area the bank has operated in for more than 30 years, a bank spokesperson says. The bank already has nearly 100 branches in Michigan and a handful in California. It also operates nationwide as the fifth largest bank mortgage lender.

Consumers should feel better knowing that Flagstar has dealt with acquisitions before. In March, it acquired eight community bank branches in California.

“As with our recent acquisition of Desert Community Bank, we will make every effort to align Flagstar and Wells Fargo products in a way that creates the least disruption to customers,” a Flagstar bank spokesperson says. “Customers will be informed well in advance of any changes to products or processes that would affect them.”

Though both institutions expect the transition to run smoothly, consumers should be prepared to deal with potential complications.

“In a good acquisition, the acquirer automates as much of that as possible to render the transition as seamless as possible for the consumer,” says Steve Reider, founder of Bancography, a financial services consulting firm. “But our history in the industry is littered with poorly executed conversions where banks have squandered much of the goodwill and even many of the accounts that they purchased by really creating a lot of barriers to consumers during the transition process.”

One in 3 retail bank customers who recently went through a merger or acquisition report that the change led to some sort of problem, according to J.D. Power’s latest Retail Banking Satisfaction Study. Among those customers, 3 in 4 had fee-related issues. Some folks had technical problems and 1 in 5 had trouble with the features of a product or service. 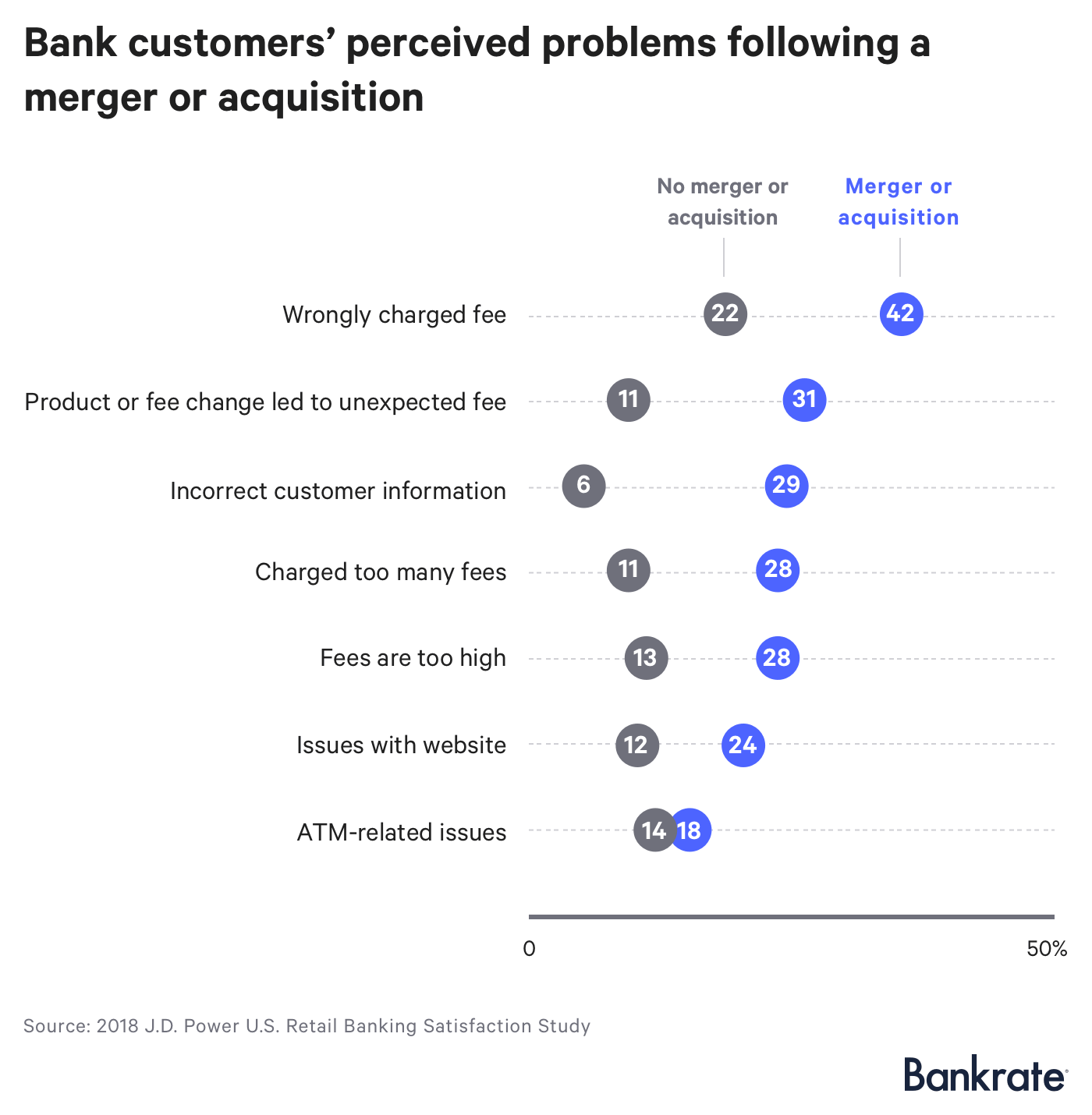 What customers can expect

Customers at a bank that’s getting acquired may have to adapt to a lot of changes. You might need new passwords and ATM PIN codes, and you might have to get used to a new fee structure. If you still use checks, your routing and account numbers will change.

Borrowers impacted by the acquisition may have to mail payments to a different address or visit a different processing site. In most cases, automatic bill pay should automatically transfer over, says Paul Schaus, president and founder of CCG Catalyst Consulting Group.

Smaller, community-based banks tend to be known for their stellar customer service. Joining the Flagstar family will also give Wells Fargo customers in the Midwest a chance to support a local institution.

Savvy customers accustomed to Wells Fargo’s innovative products may need to consider whether Flagstar will be the right bank for them.

Both banks strive to meet the needs of their clients in the channel of their choice.

“We’re big enough to have the products people want and small enough that people like to do business with us,” says Flagstar Bank CEO Alessandro DiNello.

But Wells Fargo spent more than $7 billion on technology in 2016. Customers coming over from Wells Fargo may question whether they will get the same digital offerings at a smaller bank.

“Flagstar has to have compatible products compared to Wells Fargo or you’re going to have disappointed clients who will move to another bank that has a similar experience,” Schaus says.

Wells Fargo customers in the Midwest should keep an open mind, Reider says. Ask plenty of questions to understand how the acquisition will affect you. And weigh different factors — including savings and CD rates — to decide whether banking with Flagstar makes sense.

Wells Fargo’s plan is to close branches until it ends up with about 5,000 locations by the end of 2020. The bank says it has a lot to take into account when deciding which branches to cut.

“A variety of factors go into our branch optimization strategy, including economic and demographic factors, the competitive landscape, and the overall performance and growth potential of our branches in a particular market,” says Wells Fargo spokesperson Steve Carlson. “Density also is a critical factor, and we simply don’t have a major retail banking presence in Indiana, Michigan, Ohio and parts of Wisconsin.”

Other big banks, including Bank of America, have also sold branches to smaller banks.

The latest news comes as the bank tries to reduce annual expenses, bounce back from the scandal involving unauthorized accounts and address other incidents that have tarnished its reputation.