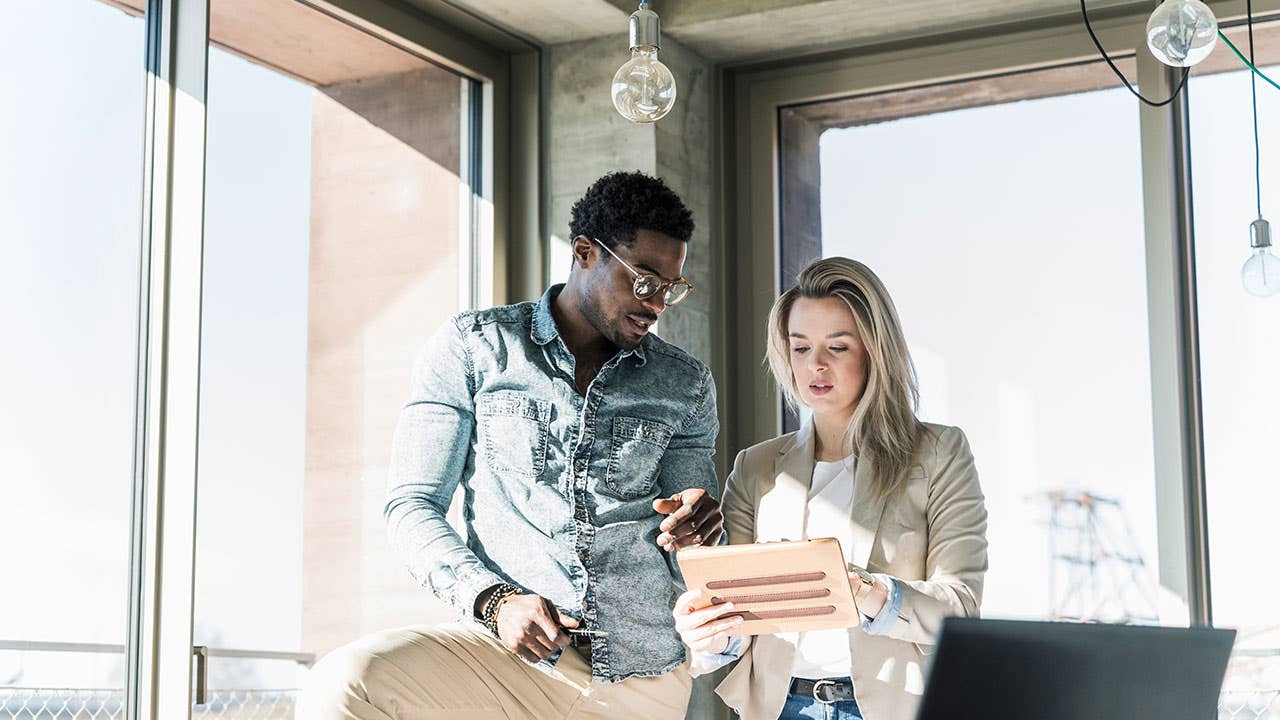 It’s something online-only banks compete on: Slapping attractive interest rates on their savings accounts to woo you. But in recent months, your high-yield account options have been multiplying from a newer space as interest rates have perked up from years of near nothingness during the aftermath of the economic crisis.

Aspiration, Varo Money, Empower, Social Finance, Wealthfront and other fintech firms are now offering 2 percent APY or higher on their accounts for your cash. Yes, there are higher yields available. But these fintech firms — which partner with a bank to hold your deposits or sweep your deposits into FDIC member institutions — are paying 20 times the national average of 0.1 percent for savings accounts, per Bankrate’s data.

“You’re definitely seeing them put out some of the higher rates out there to try to attract new business,” says Nathan Stovall, a senior research analyst at S&P Global Market Intelligence.

The strategy marks a twist: fintech companies, well-known for their digital experiences and promises to help democratize finance, are increasingly competing on rate as the battle for your cash continues to heat up from incumbents, tech companies and startups alike. The big idea, of course, is to create an irresistible offering — an attractive rate paired with a product that works well online and charges few, if any, fees — in their quest to attract customers to accounts known for loyalty.

For traditional banks, it represents rising competitive threats. For you, it means more options to consider and additional interest income in your pocket.

Why are fintech firms competing on rate now?

Investing and savings startups, which are not bound by costly branches, are using the old-school technique to attract new business.

“When it’s not a well-established brand in banking communities, they kind of have to lead with rate or experience,” Stovall says. “They have to do something else to actually get on the map so to speak.”

In a country where rate is relevant again, it’s also a way to stand out from big banks’ products.

Large banks, which typically pay paltry amounts for your deposits, have been heavily investing in improving their digital banking in recent years — providing you another reason to stay put.

“As the experience gap sort of closes, these fintechs — or neobanks — are looking for new reasons for customers to shift over,” says Raja Bose, a global retail banking consultant at Genpact. “If you take experience off the table, then you start thinking it’s maybe rate now.”

For some fintech firms, offering a competitive rate is tied to expanding into bank-like products. Wealthfront, for instance, introduced a 2.24 percent yield when the robo-advisor launched Wealthfront Cash Account in mid-February.

For others, the bump up is the result of a behind-the-scenes change that gives the firm more control over the account. Aspiration, for example, used to offer a checking account with a bank partner that paid 0.25 percent APY for deposits $2,500 and under and 1 percent APY on deposits that exceeded that amount. Now, it independently offers a cash management account that pays up to 2 percent APY.

Some, meanwhile, are just waiting for their debut.

Financial Life, for instance, is gearing up to launch a 2.20 percent APY on a saving account it plans to roll out with an undisclosed bank partner later this year. That account, which will include features to improve financial literacy, will also give customers who refer other customers a higher rate — money that will come out of the startup’s pocket, not its bank partner’s pocket.

But it cuts both ways. Online banks offering the best rates but delivering a subpar digital experience might be in danger of losing prospects. “If they have a website that looks like it was built in the late 1990s, it doesn’t really give you confidence that you are going to access your money or do stuff like that,” Brennan says.

Where the line is drawn, of course, depends on you and what you value. What you value most is also likely in flux in a world where the branch matters less.

“As digitalization continues, then the question is: what is better customer service, and how can I trade that off against rate?” says Todd Baker, a senior fellow at the Richman Center for Business, Law and Public Policy at Columbia University. “How whiz-bang wonderful does my online banking experience have to be for me to give up half a point on interest rate. I don’t think we really know that answer yet.”

While that remains to be seen, expect more high-yield account options coming from younger fintech firms in the months to come. If you’re a millennial using these products, it could mean learning something new.

“There’s an opportunity here to almost in a way educate younger consumers, ‘hey guess what, you don’t have to accept a sub-1 percent interest rate, you can actually get more,” Genpact’s Bose says. “It’s an underserved market because they’ve never wanted or known any different.”

Regardless, it ought to put more pressure on incumbents to shake up the way they seek out deposits to improve banking in a more general way.

“Banks need to compete with these fintech animals that have really strong offers and great customer experiences,” says William Trout, head of wealth and asset management at Celent, a research, advisory and consulting firm.

Reacting to intensifying competition is already evidenced in one of the biggest planned mergers in a decade — SunTrust Bank and BB&T. The deal will let the combined banks have a larger tech budget as it seeks to become more competitive in an industry that is transforming.

For you, the intensifying battle for your deposits from a wide range of players bodes well. “More choice is generally pretty darn good for consumers,” Stovall says.