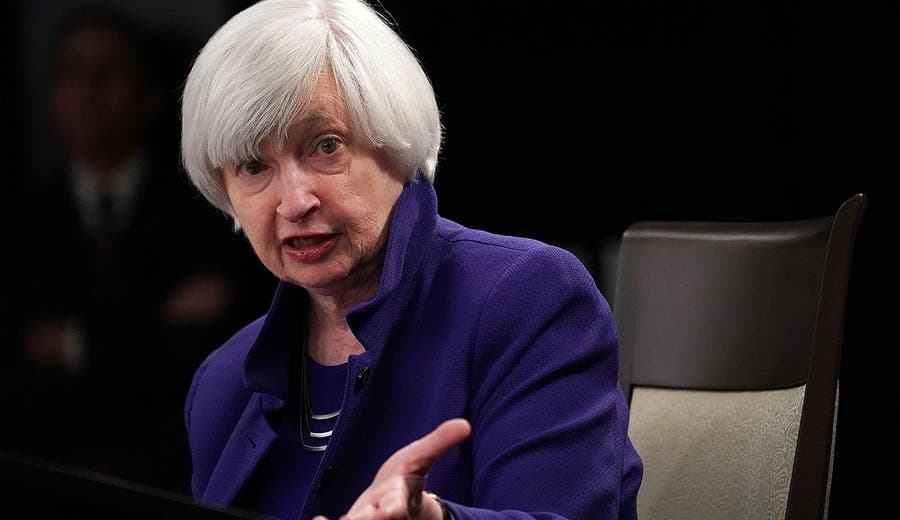 The Federal Reserve has decided to leave short-term interest rates unchanged for now, but don’t get too comfortable.

At its first meeting of 2018, the Fed’s rate-setting committee left the target range for the federal funds rate at 1.25 percent to 1.5 percent. It also said goodbye to Janet Yellen, who has served as Fed chair for the past four years.

The next rate hike could come as early as March, experts say. The last time the central bank raised its benchmark interest rate was in December.

Borrowers have a little time left before rates rise to pay off credit cards, home equity lines of credit and other accounts with variable interest rates. Those rates are tied to the prime rate, which tends to follow the federal funds rate.

Savers should start comparing rates on CDs, the best savings accounts, and money market account rates. Now that a rate war among online banks has intensified, this could be a good time to open a new account.

“2018 is lining up nicely for savers, with continued interest rate hikes in the offing,” says Greg McBride, CFA, Bankrate.com’s chief financial analyst. “But borrowers with variable rate credit will take it on the chin.”

Jerome Powell, who was recently confirmed as the next Fed chair by the Senate, will begin leading the Fed at the meeting scheduled for March 20-21. In terms of monetary policy, it’s anticipated that he will continue Yellen’s strategy. But moving forward, the central bank may be less shy about bumping up short-term interest rates.

“While there is a lot of continuity between Yellen and Powell, many other faces on the committee are changing, and this could mean a Fed that is more inclined to raise interest rates than what we’ve become accustomed to under Janet Yellen,” McBride says.

As indicated at the December meeting, the Fed intends to raise interest rates three times in 2018. The last rate hike was the third in 2017 and the fifth since December 2015.

“This is a very, very slow tightening,” says Jason Pride, director of investment strategy at Glenmede. “They’re allowing themselves three months basically in between press conference meetings to see if their rate hike has had a material effect on the economy.”

Inflation remains below the Fed’s 2 percent target, but should pick up within the next six to 12 months, says Bernard Baumohl, chief global economist at the Economic Outlook Group. Baumohl also believes we should see wages creep up. Job growth, however, which slowed a bit last year, is expected to level off.

In addition to keeping an eye on the labor market and inflation, the Fed will eventually be taking note of whether other factors, like politics or concerns about NAFTA and North Korea, could have an impact on economic activity, Baumohl says.

One thing noticeably missing from the Fed’s statement was acknowledgement of the tax bill signed in December.

“The prospect of higher inflation and ‘further’ gradual adjustments to interest rates got repeated mentions in the Fed statement, but interestingly there was no mention of tax reform as a factor,” McBride says. “It could be a quick indoctrination for Jerome Powell, with things lined up for a rate hike in March should the current economic performance continue.”

Mind your debts as rates rise

As rates continue to increase, borrowers should take steps to reduce any debt they have with variable interest rates. For example, with credit card debt at an all-time high, it would serve account holders well to consider transferring some of their debt to a low-interest balance transfer credit card.

Mortgage rates will continue climbing, too, according to Bankrate’s latest mortgage rate index. If you’re in the market for a new home, that’s something to keep in mind as you shop around.

“Don’t stretch yourself to the absolute limits of what you can afford. If so, any increase in mortgage rates could price you out of the home you’re looking to buy,” McBride says. “Leave yourself some breathing room. The monthly mortgage payment is just the beginning of the costs of being a homeowner.”

Investors at this point have very little to worry about. We’re in our ninth year of economic expansion. And despite concerns about rising bond yields, we haven’t entered a bond bear market yet, Pride says. Bonds lose value as interest rates increase, but there’s still some justification to having them in your portfolio.

In fact, selling your bonds isn’t necessary, as long as you’re reinvesting the income in your bond mutual fund or keeping individual bonds around until they come due, McBride adds. To protect your portfolio from rising rates, he recommends focusing on quality bonds rather than high-yield, lower-quality issuers and choosing inflation-linked and floating rate bonds.

As the year progresses, rate hikes could have a greater impact on the markets.

“The turning point is when the fed funds rate moves above the rate of inflation, which is a threshold we’re likely to cross later in 2018,” McBride says. “Markets could react differently at that point.”