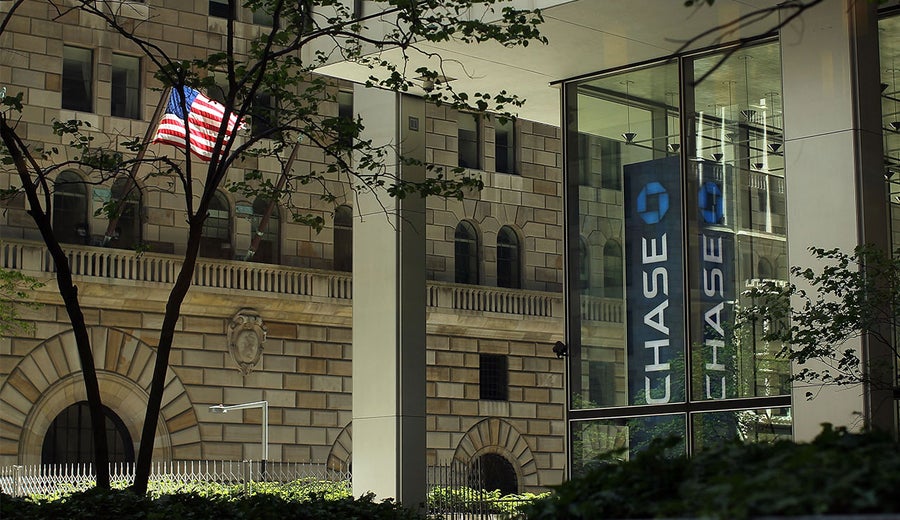 The Federal Reserve just raised the federal funds rate for the eighth time since 2015. But if your money is deposited in one of the biggest banks in the U.S., you may be wondering why the annual percentage yield (APY) on your savings account or CD has barely budged.

The answer has to do with competition. “What banks pay on deposits is a cost,” says Greg McBride, CFA, Bankrate’s chief financial analyst. And some banks, especially the largest ones, are sitting on a pile of deposits now.

The current national average for a savings account is 0.09 percent APY. At that rate, if you deposit $1,000, at the end of a year you’ll have collected 90 cents in interest, not enough to buy a cup of coffee.

But you can get more interest by shopping around. In fact, a lot more. Some financial institutions on Bankrate have savings accounts as high as 2.10% APY.

If a bank needs more deposits, it’s likely going to pay more to get them. That especially applies to online operations with no brick-and-mortar branches.  Interest rates on deposits are “not dictated solely by what the Fed is doing,” McBride says.

On the other hand, banks are quick to change the annual percentage rate on your credit card or home equity line of credit in response to Fed rate moves. These lending products are usually linked to the prime rate, which is going up to 5.25 percent. It was 3.25 percent from December 2008 until the start of eight Federal Reserve rate increases began in December 2015.

“And so when interest rates go up, to avoid erosion of profitability banks need the rate on your loans to go up at least as much as what you do on deposits,” McBride says. “That’s why you see banks very quickly pass along higher rates on loans – particularly those that are pegged to the prime rate.”

Go to a bank that’s fighting for your money

From a business perspective, it makes sense that if banks need deposits they’re going to pay more to attract them. But if some of the larger banks aren’t offering a competitive APY on its savings accounts, you do have options.

“There are plenty of online banks, smaller, regional and community banks — and even credit unions – that are eager for deposits,” McBride says. “And they don’t have branches on every corner. So how do they compete? They pay a higher rate of return.”

Make sure the bank that you choose for the higher APY is insured by the FDIC – or if it’s a credit union that it’s protected by the National Credit Union Share Insurance Fund. The standard FDIC deposit insurance amount is $250,000 per depositor, per FDIC-insured bank, per ownership category. At a National Credit Union Administration (NCUA) institution, the Share Insurance Fund insures individual accounts up to $250,000, and a member’s interest in all joint accounts combined is up to $250,000.

“And as consumers, we’re protected by federal deposit insurance, so there’s no greater risk involved in earning that 2 percent than in earning .02 percent,” McBride says.

If you’re looking for a higher APY and don’t need your money for a relatively short time horizon, a 1-year CD might be an attractive option. Again, you’ll find that the biggest banks may not be competitive based on APY.

A Chase 1-year CD, for example, pays up to 0.05 percent APY and a Bank of America CD, 0.07 percent APY. But you can do a lot better. For instance, USALLIANCE Financial is currently at 2.75 percent APY on its 1-year CD.

The lesson for consumers is to go online, check rates, and reap higher interest rates on savings and CDs. You have nothing to lose if you stick with insured institutions, and much interest to gain.