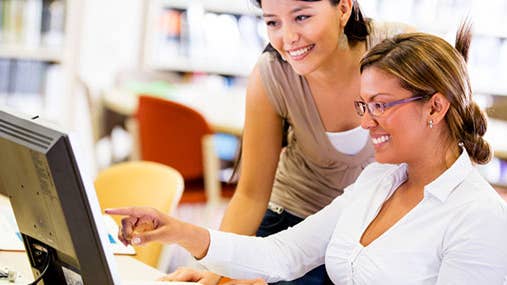 Since they’re nonprofit institutions owned by their account holders, credit unions excel at giving back generous perks. They dispense free online financial education classes, college scholarships and discounts on cars. Some credit unions even put more money in your pocket by dispensing cash dividends every year.

The challenge for consumers? Knowing which credit union benefits your institution offers, since they vary widely. For example, North Carolina-based State Employees’ Credit Union gives its members online tools to help them choose the best new-car deal, including comparing vehicles side by side. Others give free tax preparation or retirement planning.

To find a list of these goodies, check out the credit union benefits in your institution’s membership statement, Schenk says. When checking out a new credit union, ask how it rewards its members.

Here are five key areas where credit unions typically give back to their members.

College scholarships. Half of the nation’s credit unions offer student scholarships to members, Schenk says. Frequently, winners are judged by academic performance and community service, though every program is different.

For example, American Airlines Credit Union in Fort Worth, Texas, has a national program that awarded scholarships to six students chosen from 247 applicants in 2012. Winners were given $5,000 apiece.

Product discounts. Any credit union member hunting for product discounts can tap into the credit union program, Invest in America. It’s a national rewards program that offers discounts on well-known products such as GMC cars, Dell computers and Sprint mobile services. You can even build a car and then see what discount you get, says Lisa Rizk, vice president of membership enhancements and national sales at CU Solutions Group in Livonia, Mich.

“These are discounts from American companies to support American workers,” Rizk says. “And they aren’t tied to a credit or debit card.”

To get the discounts, go to LoveMyCreditUnion.org. There, you also can earn cash back for purchases from more than 1,500 online and in-store retailers. Some 3.4 million members have saved nearly $700 million since the program began in 2008, Rizk says.

“It’s critical to teach kids how to handle their financial lives and not get caught up in scams,” says Tricia Link, Mission Federal vice president of external affairs. “And anyone anywhere can take these courses.”

Bonus dividends. Few credit unions dish out yearly dividends to members, since they reward members in other ways, Schenk says. Ones that do usually give out dividends if the fiscal year has been better than anticipated. American Airlines Credit Union paid $10 million in dividends to qualifying members Dec. 31, 2012.

Still, there may be member requirements, such as length of membership or account size, to qualify for a dividend, Schenk says.

Savings rewards programs. Credit unions excel at prize-linked savings programs. A popular one among members is Save to Win, a lottery-like program that gives savers a crack at winning cash prizes. Credit unions in four states currently offer the program — Washington, Michigan, North Carolina and Nebraska.

“Lots of other states hope to offer Save to Win,” says Mona Shand, a spokeswoman for the Michigan Credit Union League.

So far, 741,762 members have saved more than $28.1 million in Michigan alone since 2009, when the program was launched. “Its success proves that savings can be fun and not a chore,” Shand says.

Other credit union savings programs have their own spin. Mission Federal Credit Union’s Link says her credit union has Mission 2 $ave, a program aimed at elementary school students. More than 1,700 kids at 34 local schools have saved $500,000, Link says. Savers are rewarded with incentives such as backpacks and cash awards, she adds. Accounts pay 5 percent interest. “Our goal is getting kids to save as soon as possible,” she says.

These credit union benefits are why these types of deposit institutions are able to keep their members/owners from fleeing to larger banks.