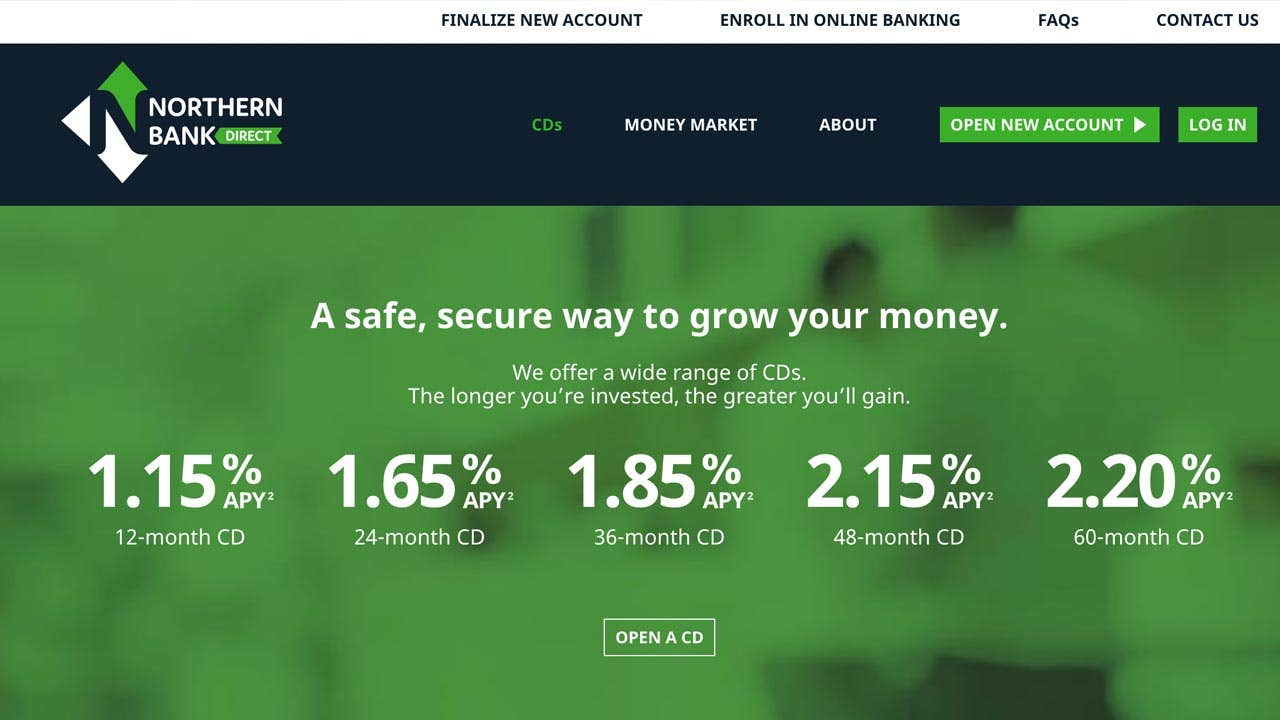 Northern Bank Direct’s 4-year certificate of deposit could be the perfect addition to your CD ladder.

Account holders across the nation can earn 2.15 percent APY. That’s at least one-tenth of a percentage point higher than the best 48-month CDs available at M.Y. Safra Bank and First Internet Bank of Indiana.

Compare this offer with other top CD rates. Then calculate how much interest you could earn when your term ends.

With interest rates on the rise, investing in a long-term certificate of deposit may not seem wise. Time deposits with higher yields could pop up before your 4-year CD comes due.

To avoid this problem, consider laddering, or buying a series of CDs with various maturity dates. Instead of waiting for your 4-year CD to mature, you could reinvest funds from short-term accounts (like 1-year and 18-month CDs) at higher returns.

You could also dump your 4-year CD early if you spot a better deal. But there’s a penalty for that. At Northern Bank Direct, it’s 36 months’ interest for CDs maturing in 48 months or more. Yikes.

You can open multiple Northern Bank Direct CDs at once by completing an application online. Applicants must:

To fund your CD, you can mail in a check. You can also transfer funds from an external checking or savings account.

Once they mature, Northern Bank Direct CDs automatically roll over into new accounts with the same term. Before that happens, you’ll have 10 days to decide whether you want to claim your savings.

Interest compounds monthly rather than daily. That’s bad news for savers trying to earn as much interest as possible.

Fortunately, you can collect your earnings at any time. Upon request, the bank can mail you a check, transfer your interest into another bank account or move it into one of its money market accounts.

Northern Bank Direct was founded this year as the online division of Northern Bank. The FDIC-insured institution is headquartered in Woburn, Massachusetts.

Established in 1960, Northern Bank earned five out of five stars on Bankrate’s latest Safe & Sound Ratings, which measures the financial health of banks and credit unions throughout the United States.