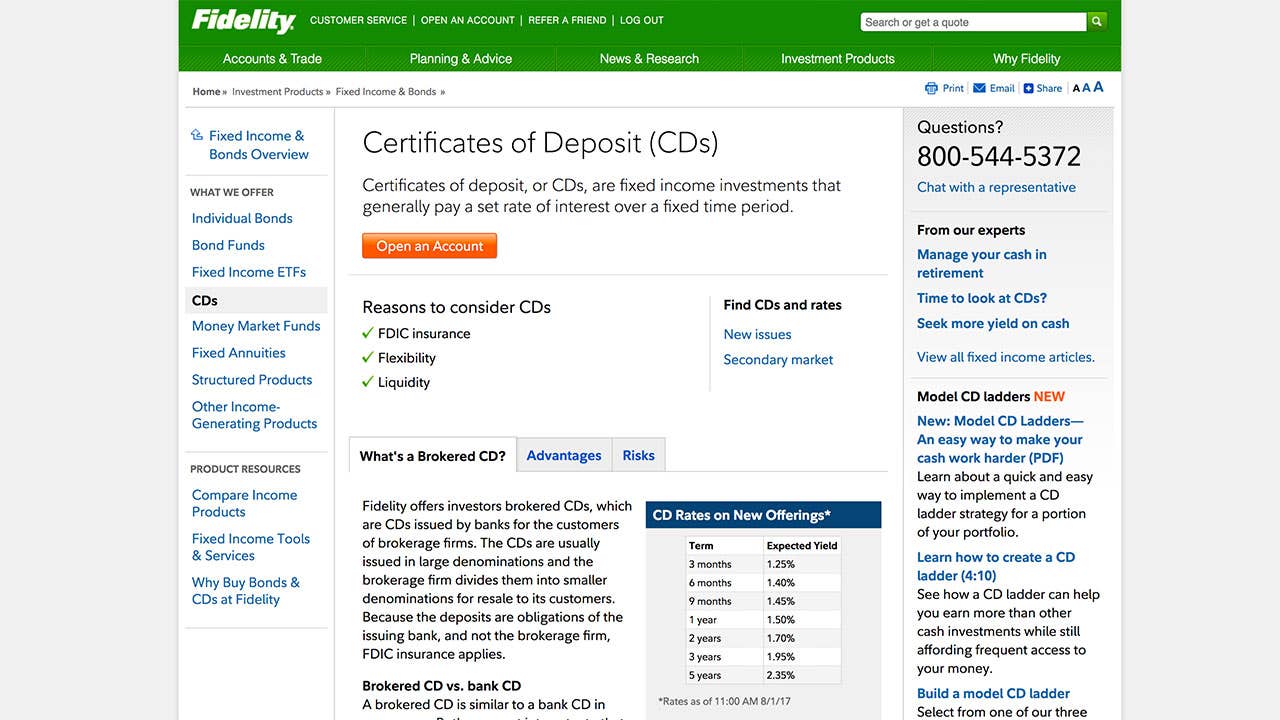 Banks and credit unions aren’t the only ones with solid CD deals.

Brokerage firms like Scottrade and Edward Jones offer them, too. These brokered CDs typically offer better rates than traditional bank or credit union CDs. But these days, that’s not always the case.

“With brokered CDs, they’re a little bit more flexible than traditional bank CDs,” says Marshay Clarke, a financial planning professional at Betterment. “The interest rate typically is supposed to be higher. In today’s environment, they tend to run kind of close to each other.”

Finding a good deal on a brokered CD will require some effort. And you’ll need to be willing to open a brokerage account.

But if you look hard enough, it’s possible to find a high-yield offer. And some have low barriers to entry. Compare these rates with traditional CD offers.

Rates for new-issue CDs — which brokers get from banks rather than strangers — aren’t as impressive as the ones for CDs purchased on the secondary market. But buying new-issue accounts is the simplest way to get your hands on a brokered CD.

Many of the best rates for new-issue brokered CDs are tied to short-term accounts.

A good example is Morgan Stanley’s 11-month CD, which pays 1.9 percent APY. That’s three-tenths of a percentage point higher than 1-year CDs coming from institutions like Pacific National Bank. Of course, you’ll need to pay at least $10,000 to qualify.

The account is insured by the Federal Deposit Insurance Corp. So your funds will be safe no matter what up to the $250,000 limit. You won’t get that kind of peace of mind by using riskier investment vehicles, like stocks.

A 9-month CD available for purchase through Fidelity Investments is another good offer, which:

Vanguard offers a similar 9-month brokered CD deal with the same yield. The difference is the minimum amount needed to get started. At $10,000, it’s much higher.

The yield is slightly higher than the national average of 1.01 percent APY for traditional 9-month CDs, according to Bankrate’s most recent national survey of banks and thrifts.

Before you buy, make sure you take into account any brokerage fees you may have to pay. While banks usually don’t charge fees on their CDs, brokerages may.

You won’t be charged a commission if you buy the CDs offered by Morgan Stanley, Fidelity Investments and TIAA. On its website, Fidelity says new-issue CDs are “typically sold” at face value.

Unlike traditional CDs, brokered CDs don’t have early withdrawal penalties. If you want to leave your account behind before it matures, you’ll have to sell your CD on the secondary investment market. That’s where other investors can buy and sell you CDs through a broker.

“Best way to put it, a brokered CD is gonna operate like a bond,” says Pierre-E. Jouve, president and founder of InsuraWealth, an investment services and financial planning firm. “This is where the liquidity issue comes in.”

How much money you end up with depends on interest rates. When rates rise, bonds lose value and you lose money.

“They’re going to have that interest rate risk attached to it,” says Brent Sutherland, owner of Ntellivest. “What people should do is think of these as an illiquid product. If you buy a 2-year CD, it’s better to think of that as something that you’re gonna hold for two years and you don’t have to worry about that interest-rate risk.”