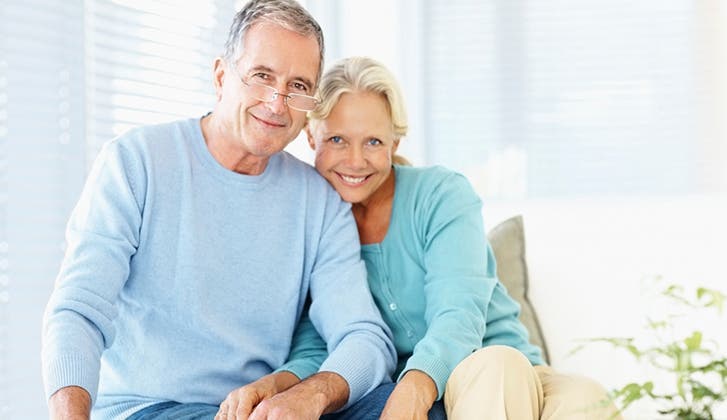 Want to pack your things and retire somewhere else? You’re not alone.

Three out of 5 Americans want to spend their golden years in another city or state, according to a national Bankrate survey. A majority said they’d be interested in moving, regardless of gender, income and education, though wanderlust did seem to fade with age.

The survey, which was conducted to help build Bankrate’s “Best and Worst States to Retire” list, found that 73 percent of people between 18 and 29 would consider a move when it’s time to stop working. That rate drops to 62 percent for people ages 30 to 49, then to 50 percent for ages 50 to 64.

Among survey takers age 65 and older, only about 1 in 5 said they would consider moving.

“It makes sense that as people approach retirement age, they become less enthusiastic about the idea,” University of California, Berkeley retirement expert Nari Rhee says. “Once you’ve established roots in a community, it’s much harder to move away from your friends and your support network — even if the cost of living is lower elsewhere.”

Bankrate’s first “Would you move in retirement?” survey was administered by Princeton Survey Research Associates International. It polled 1,001 adults by phone in December and has a margin of error of plus or minus 3.5 percentage points.

The survey found that while a majority of white respondents and black respondents said they want to move for retirement, Hispanic respondents were less likely to say they want to relocate. Women were more likely than men to say they consider crime an important factor when deciding where to retire. The survey also found that people with a high school education or less were more likely than college graduates to consider health care an “extremely important” factor when deciding where to live.

For older Americans, stretching a fixed income is an especially big concern during retirement. Nearly three-quarters of respondents who were 65 years old and older said that finding a lower cost of living was “extremely important” when choosing where to retire.

Rhee, who manages the retirement security program at the UC Berkeley Center for Labor Research and Education, says that makes sense. “Households approaching retirement now have only about $14,000 set aside in retirement accounts,” she said, “and elder poverty rates increase rapidly as people reach their mid-70s.”

Anyone hoping to do so should overestimate how much it will cost, he says. Unlike moves made during the early or middle stages of a person’s career, a move during retirement is made with a fixed income and little or no earning potential.

“If you were thinking about moving from Kansas City to Seattle, a static calculator would tell you how much money you’ll need, but really that figure would be far too little,” Kotlikoff says. “If you’re in your 50s, it’s likely you really will be living there the rest of your life and can’t expect any more wage increases.”

The grass always seems greener in someone else’s retirement community, he says, because people forget to account for things like property and sales taxes.

“We need to understand the price of doing that,” Kotlikoff says. “Don’t expect to move from somewhere in Nebraska to Cape Cod and have an easy time replicating your lifestyle.”

Methodology: Bankrate’s poll was conducted by Princeton Survey Research Associates International, which used telephone interviews with a nationally representative sample of 1,001 adults living in the continental U.S. The telephone interviews were conducted by landline (500) and cellphone (501, including 306 without a landline phone) in English and Spanish from Dec. 11 to 14, 2014. Statistical results are weighted to correct known demographic discrepancies. The margin of sampling error is plus or minus 3.5 percentage points.