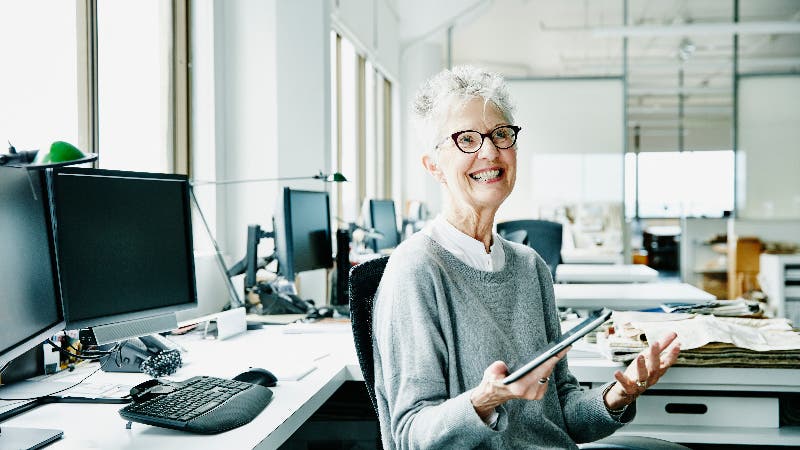 Often the best way to succeed is to avoid doing dumb things. (Especially when it comes to something as critical as your future retirement.) That’s the advice of investing legend Charlie Munger, vice chairman of Berkshire Hathaway, one of the world’s largest companies and run by another investing legend, Warren Buffett.

Describing his company’s success, Munger says, “It is remarkable how much long-term advantage people like us have gotten by trying to be consistently not stupid, instead of trying to be very intelligent.”

He’s got a great point: Avoid the dumb things and what’s left can be smart and ultimately lead you to success. In that spirit, here are eight retirement investing mistakes to avoid.

1. Trying to scrape by without a plan

A financially secure retirement won’t just happen to you. You have to craft a carefully considered plan, and then stick to it.

And that means you’ll need to answer questions such as these:

These questions are just some of the many that you’ll want to answer as you develop a plan. No doubt, there’s a lot that you’ll need to consider. That’s why many people call in a financial planner to help with the heavy lifting.

A planner can help you sort out the biggest questions, such as whether a Roth IRA or traditional IRA is better for you. Look for a planner who’s a fiduciary and paid only by you, since that’s the best way to get unbiased advice. They can also motivate you to stick to your plan.

Bankrate’s retirement calculator can also help you get a handle on how much money you can accumulate when it comes time to retire.

The government offers retirement savers a ton of incentives to do the right thing, from special accounts such as 401(k), IRA and 403(b) plans that let you amass wealth tax-deferred (and sometimes even tax-free). By avoiding taxes today, you’ll be able to let your money compound even faster.

On top of those benefits, you sometimes can even take a tax break today if you contribute to your account, as with a traditional 401(k) or IRA account.

And besides these positives, some lower-income savers can even benefit from saver’s credits that could lop off some real money from their tax bill.

With so many incentives, it’s smart to use what you can to avoid the taxman, helping you to roll up wealth even faster.

3. Not getting your full employer match

Many employers offer their workers a chance to make an immediate risk-free return on the money they sock away in their retirement account. Yet many employees don’t take advantage. It’s called an employer match, and it’s the safest, easiest return you’re likely ever going to get.

An employer match is when your employer offers a retirement plan such as 401(k) and matches a contribution that you make to the account, usually up to a certain percentage of your salary.

For example, an employer might offer to match half of the first 6 percent that you contribute to a 401(k) account. You deposit 6 percent of your paycheck and you’ll get another 3 percent for a total of 9 percent. That’s an immediate and risk-free return of 50 percent!

Even if you contribute nothing else to your account, take full advantage of the employer match.

Of course, getting an employer match is the bare minimum. A retirement superstar will want to maximize the advantages of a workplace retirement plan and then take advantage of an IRA, too. It should go without saying that saving more will make your golden years more golden.

How much do most people put away? At the median, the contribution rate is 6 percent, says Alicia Munnell, director of the Center for Retirement Research at Boston College. That means half of workers contribute more, and half less. Employers typically match 50 cents on the dollar on the first 6 percent of pay, totaling a match of 3 percent of pay, Munnell says.

Is that combination enough? Munnell says it depends on when a person starts saving. “For a person starting at [age] 25 and planning to retire at 67, a 9 percent employee-employer combined saving rate might be sufficient to maintain their pre-retirement living standard in retirement.”

And once you get done maxing out those tax-advantaged accounts, you can always turn to regular taxable accounts and continue to save even more.

If you’re not saving or have most investments in risk-free assets such as bank accounts or CDs, you’ll want to outpace inflation, because it can eat your retirement plans alive.

Inflation is the gradual (and sometimes not so gradual) increase in prices over time. That $4 gallon of milk will likely cost much more in a few decades when you retire. So when you’re thinking about retirement planning, you want to ensure that you’re maintaining your purchasing power, or outpacing inflation.

While safe investment vehicles such as savings accounts and CDs can have a place in an investment portfolio, they often yield relatively low rates, especially in accounts at the big banks. Sharp savers seek out the highest rates, so that they’re doing the most with their cash.

Even bonds, which typically pay more than CDs, can be crushed by inflation, especially some of the lower-yielding Treasury bonds. However, over time one of the best assets for beating inflation is a broadly diversified portfolio of stocks such as the Standard & Poor’s 500.

If you’re investing for the long haul, you’ll probably want at least some investments in higher-return assets such as stocks. Not only can stocks help you beat inflation, but they can help grow your purchasing power, too, because they can deliver high returns.

Stocks can fluctuate dramatically, but historically the S&P 500 has delivered average annual returns of about 10 percent. Not every year, but on average over time. It’s hard to get that level of return consistently in any other place.

While many savers see stocks as too risky, experts see those who avoid them entirely as taking a huge gamble. The balance can be struck in the middle, with savers taking on some potential higher-risk assets such as an index fund and balancing that with lower-risk assets.

Experts recommend that those with a long time horizon – think decades, not a few years – should have most of their assets in stocks, because they deliver the best long-term returns. A long investment horizon gives you more time to ride out the stock market’s fluctuations while also allowing you to take advantage of stocks’ attractive long-term record.

As you near retirement, advisers recommend moving your money into more-conservative investments so that you can be more certain that your money will be there when you need it.

And not investing in stocks means that, unless you don’t need that level of return, you could end up outliving your money.

7. Getting hit with high fees

An investment plan with a fee of just 1 percent of assets annually may not seem like much, but over time it’s the kind of expense that can cost you tens of thousands of dollars, if not more. One place where you’re most likely to pay these fees is the expense ratio on mutual funds.

What you’re sacrificing is not only the outright cost – the 1 percent annually – but the lost ability to compound that money that you pay out. In the first year, a 1 percent fee on a $10,000 investment would be just $100. But the real cost is that $100 compounding at 7 percent for decades.

In contrast, take an S&P 500 index mutual fund that costs 0.1 percent (and you can actually find funds that charge much less than this – even zero!). Over a 30-year period, this low-cost fund costs just under $19,000, while over a 40-year period it dings you a bit more than $56,000. While those amounts are still a lot of money, they pale in comparison to the 1 percent funds.

One of the easiest expenses for investors to control is the cost of a fund. If you’re invested in your company’s 401(k), the information must be disclosed to you. And if you invest on your own in either an IRA or taxable account, your broker can provide you with the information.

8. Staying too risky as you near retirement

If staying too conservative was a problem when you’re decades from retirement, the counterpart is being too risky as you near retirement. The likely culprit? Workers who have underinvested early in their working life and then are trying to play catch-up as they approach retirement age.

This “go for broke” investment strategy may actually see you going broke, however. That’s because if you’re invested in higher-risk, higher-return assets such as stocks, they can decline just when you need them. And they may not recover before you exhaust them.

So, many advisers begin transitioning clients to a less-risky portfolio years before they actually reach the big date. Assets move from riskier (such as stocks) to safer (such as bonds and CDs) investments to help you preserve your income for when you need it.

It’s important to rebalance your portfolio as your life situation changes, so that your risk tolerance matches your age and time to retirement. But it can still be fine to hold some money in stocks, because retirement can last decades nowadays.

As Charlie Munger advises, try to avoid the big dumb mistakes to building wealth, and much of the rest can take care of itself. By sidestepping these seven mistakes, you’re going to be on a surer path to a financially comfortable retirement.