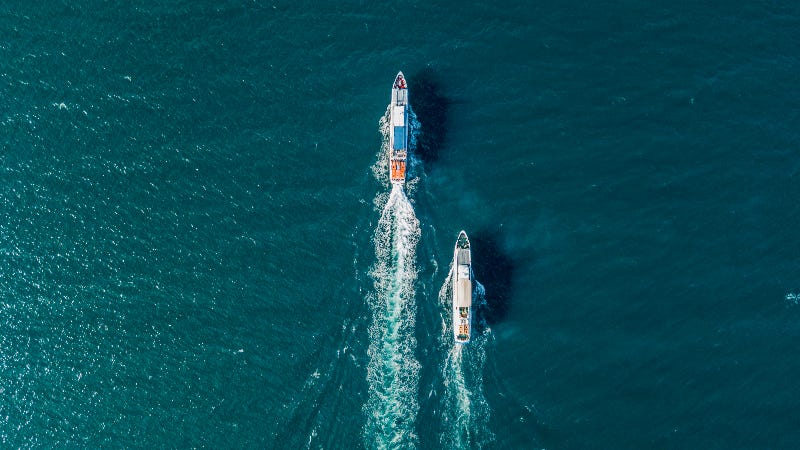 Americans have several choices when it comes to saving for retirement, and two of the most popular options are a 401(k) plan and an individual retirement account (IRA). Assets in 401(k) plans totaled $5.9 trillion as of Sept 30, 2019, according to the Investment Company Institute (ICI). Meanwhile, IRAs had a massive $9.8 trillion balance in the same period, says ICI.

Many people get the two plans confused, and it’s understandable, given the many similarities between them. Both offer the potential for tax-deferred investment growth (or tax-free growth if you opt for the Roth versions of either plan), tax breaks on contributions and the ability to invest in assets such as stocks and mutual funds that have a higher potential return than savings accounts and bonds.

With so many similarities, which one should investors choose? Well, if you can max out your contributions to both, then you won’t have to choose — while enjoying the full advantages each has to offer. But even though it’s permitted, many people can’t afford to do so.

Forced to choose, many experts believe the 401(k) is the clearly superior option.

“There is actually no comparing IRAs and 401(k)s,” says Joseph Auday, retirement planner with Steel Peak Wealth Management, citing the 401(k)’s higher contribution limit and the potential for an employer match. “If you’re not taking advantage of your 401(k), you’re missing out.”

However, other advisers also stress that both plans remain valuable to retirement planning.

“IRAs and 401(k)s can both provide unique value to an individual’s retirement strategy, with key uses and specific pros and cons worthy of consideration,” says Michael Burke, CFP at Lido Advisors.

Below are nine key ways in which a 401(k) and an IRA differ.  We’ll also discuss which one may be a better fit for your personal retirement situation.

1. IRAs are easier to obtain

While the IRA and 401(k) share many similarities, the IRA is easier to obtain. If you have earned income in a given year, then you can contribute to an IRA. (And even spouses of workers can set one up without earned income.) You can set them up at many financial institutions, including bank and online brokerages. And if you open an IRA online, you can do it in 15 minutes or less.

That’s not the case with a 401(k) plan, which is created and sponsored by your employer. If your employer doesn’t offer the plan, then you simply won’t have the option, though you’ll still have the possibility to open an IRA.

In addition, an employer may have a waiting period for its 401(k) plan. “New employees may have to wait a period to join – up to six months or a year in some cases,” says Burke.

That’s not the case for IRAs, which can be opened at any time.

While they might be harder to obtain, 401(k) plans make up for it with the potential for free money. That is, many employers will match your contributions up to some level.

“401(k)s sometimes will have a match depending on the employer’s generosity and financial position,” says Michael Lackwood, founding principal of New York City-based Spring Delta Asset Management. “If your employer does offer a match, it makes most sense to contribute to the 401(k) at least up to the maximum percentage match.”

For example, if you contribute 4 percent of your salary, your employer may offer 2, 3 or 4 percent, as an inducement to help you save. That’s free money and an immediate return on your investment.

In contrast, you’re on your own with an IRA, and your funds will consist only of what you contribute and any earnings on those contributions.

If you want the best possible selection of investments, then an IRA – especially at an online brokerage – will offer you the most options. You’ll have the full suite of assets on offer at the institution: stocks, bonds, CDs, mutual funds, ETFs and more.

“Generally, for investment selection and overall management of your funds, I would say IRAs have a clear advantage,” says Lackwood.

In contrast, 401(k) plans usually offer only a relatively small selection of investments, even if it does offer the key fundamental types, such as a money market fund and a Standard & Poor’s 500 index fund.

“Usually, employers restrict the 401(k) the choice of investments to 15-20 positions whereas an IRA allows thousands of different choices,” says Lackwood.

“IRAs tend to allow significantly more investment options than the average 401(k) plan does and can therefore be better tailored to each individual,” says Burke.

The flip side of having many investment choices in an IRA is that you have to know what to invest in, and many participants simply aren’t in a position to do that. And that’s where a 401(k) may offer a better option for workers, even if the investment selection is more limited.

A 401(k) is “often turnkey,” says Claire Toth, vice president at Point View Wealth Management. “Set it and forget it.”

So while a 401(k) may offer fewer choices, says Toth, they do provide “okay default investment options for participants without knowledge” and they may offer coaching to help participants understand their choices.

Still, if you do have that knowledge already, Lackwood says, you can “manage your IRA how you see fit with quick attention (if necessary) and with possibly less administrative cost.”

In this category, the 401(k) is simply objectively better. The employer-sponsored plan allows you to add much more to your retirement savings than an IRA.

Another key advantage for the 401(k) is that contributions are always tax-deductible, regardless of your income. If you add to your 401(k), you make those contributions with pre-tax money.

“Any pre-tax contributions will lower an individual’s tax amount for the year,” says Burke. “There is no phase-out at any level of income.”

In contrast, contributions to an IRA may or may not be tax-deductible, depending on your income and whether you’re already covered by a 401(k) plan at work. The deductibility of contributions phases out as your income increases.

Both the 401(k) and the IRA have a variation called a Roth, which provides special tax advantages. The key advantage of either Roth account is that participants will not have to pay any tax on withdrawals at retirement. In exchange, their contributions are made with after-tax money, so they don’t receive a tax break on today’s taxes as they do with traditional plans.

However, not all employers offered a Roth 401(k) – just 75 percent in 2019. If your company doesn’t offer the Roth version, you don’t have any alternative.

But anyone who can open an IRA can open the Roth variant. While the Roth IRA technically has an income limit that prevents participants from opening it, there’s a legal way to do so anyway called a “backdoor Roth IRA.” Here are the details on the backdoor Roth.

Generally if you take out cash from an IRA or a 401(k), you’ll likely be charged taxes and penalties. But the 401(k) may allow you to take out a loan, depending on how your employer’s plan is structured.

“Another clear advantage is that you can take loans from a 401(k) and continue to contribute to your 401(k),” says Lackwood.

Like a normal loan, you’ll have to pay interest, and you’ll have a repayment period, not more than five years. But the rules differ from plan to plan, says Lackwood, so you’ll have to check on your specific 401(k) rules to see what you’ll need to do.

You can also take cash from a 401(k) for a hardship withdrawal, and you can do so from an IRA, too. But the terms in each case are strict.

“401(k)s allow for emergency withdrawals, but most plans offered through employers are very rigid and don’t have much flexibility,” says David Wilson, CFP and founder of Planning to Wealth.

But taking a non-retirement withdrawal can drastically set back your retirement plans.

What happens to your retirement money in the event of a bankruptcy or an adverse lawsuit? The 401(k) is more secure from creditors than the IRA.

“The real advantage of a 401(k) is that in most states the 401(k) is protected from creditors and lawsuits, except for the IRS and a spouse,” says Lackwood. “Otherwise, the individual is protected and should keep funds in a 401(k) until the lawsuit or any concerns are removed.”

Individuals can roll over a 401(k) into an IRA when they leave an employer, but many may choose not to do so, because of the relative lack of security in an IRA, says Lackwood.

“The best retirement plan for an individual will often include both a 401(k) as well as an IRA,” says Burke. “By understanding the differences between the two, an individual can make better informed decisions, and ensure they are getting the most value out of their investment choices.”