Sure, you can trust online photos of for-sale houses — most of the time 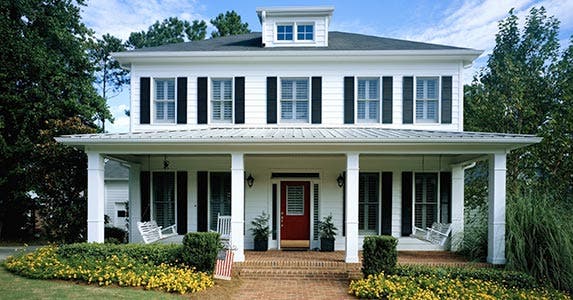 Most homebuyers start their search for a home they like online. But can you trust the photos of for-sale homes you see on websites?

Most of the photos are actual depictions, but others have been digitally manipulated to portray properties in their best light. What you see online might not be the same as what you find when you show up at the house in person.

It’s unethical for realty agents to misrepresent a for-sale property, but there’s no national standard or set of guidelines as to what’s considered misrepresentation in photos.

Instead, what’s altered and what’s not comes down to the individual agent’s professional ethics, says Brian Balduf, co-founder and CEO of VHT Studios, a national network of real estate photographers in Rosemont, Illinois.

Making the grass greener or sky bluer or removing the seller’s garbage cans, holiday decorations, personal photographs or cat toys is OK, Balduf says. Editing out a fire hydrant or telephone pole or digitally fixing cracked concrete or damage to a home’s roof isn’t, in his opinion.

“We wouldn’t want to misrepresent a product we were photographing,” he says. “If buyers will see it when they come to the home, then you have to leave it in.”

RATE SEARCH: Ready to shop for a mortgage? Find the best deal today . 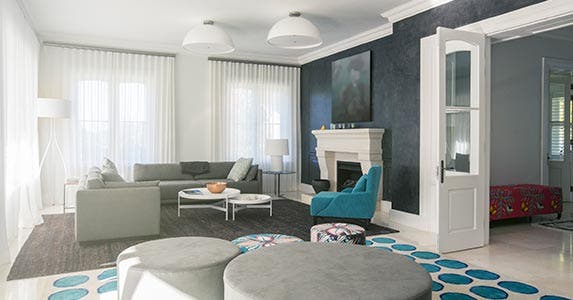 They change the lighting

Perhaps the most common changes are darkening pictures considered too bright and lightening those deemed too dark. These changes are made because homes aren’t always photographed at the ideal time of the day.

Photographers don’t have much say in when they photograph a home, says John F. Walsh Jr., owner of Hearthtone Video and Photo in Minneapolis-St. Paul. Arrangements are made with the listing agent, and speed and convenience are usually more important than sunshine.

Photographers can bring their own lighting, but it takes time to set up. Digitally altering the photos later is easier and faster.

Photographers also digitally adjust lighting because it differs from one room to the next in the same house.

“Natural, incandescent, fluorescent — it’s very hard to deal with as a photographer on site,” Balduf says. “Digital editing allows you to correct for those differences. That helps present homes much better, or at least much more consistently.” 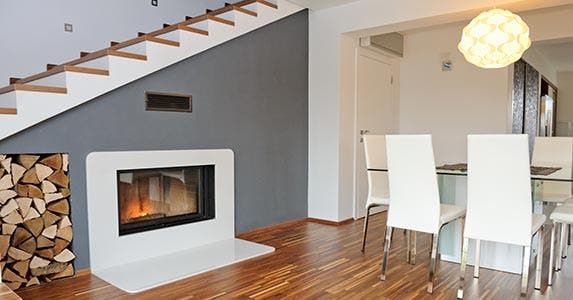 Rules differ from place to place

Online photos of for-sale homes typically originate with the local realty brokers’ multiple-listing service. There are approximately 800 listing services in the United States, all with their own rules.

Still, there’s no bright line as to what’s allowed.

Changing a cloudy day to a sunny day wouldn’t be an issue as long as the home itself was truthfully represented. A fake fire in a home’s fireplace wouldn’t be a problem as long as the fireplace could actually sustain a fire. Removing snow might create issues because it would be difficult to depict what the house looked like without it, Lasky says.

“Obviously, there’s a much more reasonable solution than taking the snow out,” he says. “If someone were ever to ask, our recommendation would be, ‘Just take another picture.'”

Balduf says “digital snow removal is very popular in the spring” because it’s less expensive than it is to hire the photographer to reshoot the home’s exterior. 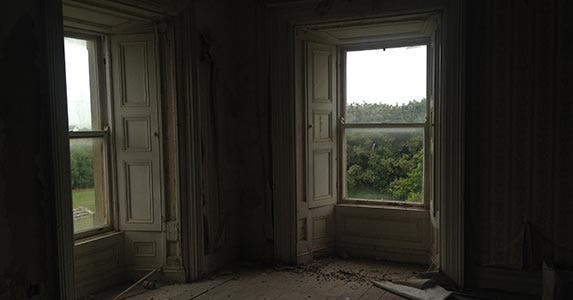 Some photos are digitally manipulated to show how a dilapidated or outdated home might look if it were remodeled or how a vacant home could look if it were fully furnished.

“The agent is showing the potential of the property, not the actual property,” Balduf says. “You have to clearly label the photographs, ‘This has been virtually staged.’ That would be pretty obvious when you got there.”

Lasky says digitally staged photos are permissible in the MLS, but only if they’re labeled as such.

Whether those labels would appear when buyers look at the photos on 3rd-party websites that pull their images from listing services isn’t clear. 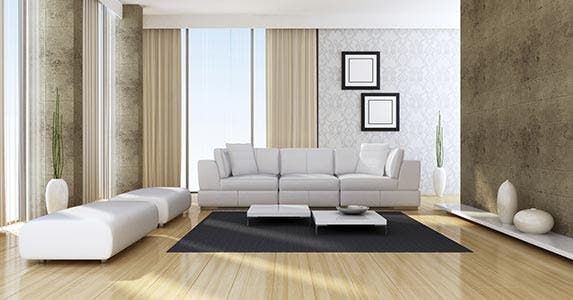 They even add fake stuff

The risk for agents (and sellers) is that buyers might be disappointed or angry when the real home differs from the images.

Yet, Swanson says buyers don’t need to be concerned and agents don’t need to caution them because what he calls “over-improved” photos are a small percentage of the total.

“The client comes first, but in the back of the Realtor’s mind, they’re thinking, ‘Let’s get the sale,'” Swanson says. “If it gets them excited about homebuying, that’s great.”