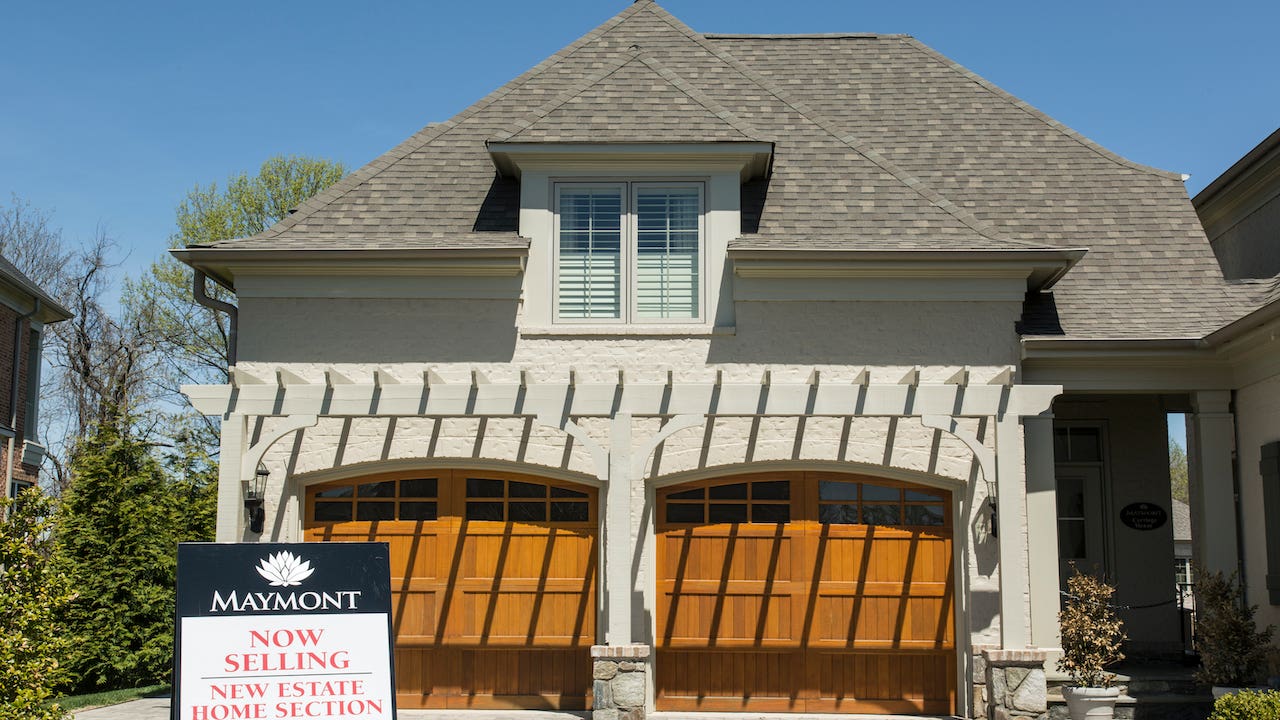 The U.S. housing market is on fire. Double-digit appreciation is the rule. Giddy sellers are sifting through multiple offers, and frantic buyers are forced to pay more than asking prices — sometimes by $100,000 or more.

The real estate party remains in full swing, far longer than anyone expected. The National Association of Realtors says prices of existing homes soared 14.8 percent from May 2021 to May 2022 — and topped $400,000 for the first time ever.  Prices are up a whopping 45 percent since the coronavirus pandemic began in March 2020, according to NAR data.


Is the housing market going to crash?

The last time the U.S. housing market looked this frothy was back in 2005 to 2007. Then home values crashed, with disastrous consequences. When the real estate bubble burst, the global economy plunged into the deepest downturn since the Great Depression.

We don’t have a bubble, we just have unhealthy home price growth.

Now that the housing boom is threatened by soaring mortgage rates and a potential recession, buyers and homeowners are asking a familiar question: Is the housing market so hot that it’s about to crash?

“The one thing that I keep getting asked over and over is, ‘Is this a bubble?’” says Phil Shoemaker, president of originations at mortgage lender Home Point Financial. “If you look at what’s going on with home price appreciation, it feels bubble-ish. But if you look at the fundamentals behind it, it’s hard to say it is.”

Indeed, the foundations of this housing market look far more stable than those of 15 years ago. The supply of homes for sale remains near all-time lows, and borrowers are more creditworthy than ever.

For months, housing economists have been predicting that the housing market would eventually cool as home values become a victim of their own success. Home prices have risen far more quickly than incomes, creating an affordability squeeze, and mortgage rates have doubled since August 2021.

Despite those potential drags on prices, home values keep soaring. The hottest metro area in the U.S. is Punta Gorda, Florida. Home prices there soared 34.4 percent from the first quarter of 2021 to the first quarter of 2022, according to the National Association of Realtors. Other fast-appreciating markets include Ocala, Florida, up 33.8 percent, and Ogden, Utah, up 30.8 percent.

The nightmarish memories of the last boom and bust remain fresh in the minds of homeowners, economists, lenders and Realtors. With home prices rising sharply in the past year, the latest boom is creating no shortage of concern.

“Prices are clearly accelerating at a pace that could become worrisome,” says Ken H. Johnson, a housing economist at Florida Atlantic University.

Doug Duncan, chief economist at mortgage giant Fannie Mae, acknowledges concerns about the stability of the housing market. In the past, big run-ups in home prices have been a recipe for trouble.

“Our view is that house prices are somewhere in the 15 percent range above what the long-term fundamentals suggest,” Duncan says. “So it’s a reason to ask, ‘Is there a problem?’”

“While the recent pace of home price appreciation isn’t sustainable over the long run, that doesn’t mean prices are at risk of a sharp drop,” says McBride. “Real estate prices can move in big spurts — like now — and then show relatively little change over a period of years. A plateauing of prices is the more likely outcome.”

However, because mortgage rates have essentially doubled since August 2021, some housing economists expect a modest decline in prices. Matthew Pointon, senior property economist at Capital Economics, wrote in a June note that he now projects home prices to fall about 5 percent by mid-2023.

The culprit? Mortgage rates rising above 6 percent. Still, Pointon sees a slowdown rather than a collapse for the housing market. “The prevalence of fixed-rate mortgages, tight credit conditions and a relatively healthy labor market still rules out a price crash,” Pointon wrote.

National Association of Realtors Chief Economist Lawrence Yun agrees that no crash is imminent. There’s just too much of an imbalance between supply and demand for home values to crater.

“I would not be surprised if some markets do see some minor price declines,” he said in late June.

However, Yun said any declines are likely to be small — and healthy for a market that has seen intense pressure on affordability. Yun pointed to Phoenix as a place where price appreciation has defied gravity, and where a minor correction wouldn’t cause widespread economic pain.

“Could it fall 5 percent? Certainly yes,” Yun said. “Even if prices were to decline, say, 5 percent in Phoenix, is that a concern? Absolutely not.”


5 reasons the housing market is not about to crash

So are we headed for a housing crash? Housing economists agree that no painful crash looms on the horizon.

“We don’t have a bubble,” says Logan Mohtashami, lead analyst at HousingWire. “We just have unhealthy home price growth.”

Duncan agrees that the sharp rise in home values, while unusual, isn’t a sign of a bubble. “It’s hard to find an argument that says it will fall apart,” he says.

Yun notes that home price-to-income ratios have returned to eye-watering levels not seen since 2006. “Of course, the situation is much different,” he says. “But we should be mindful of this condition.”

Housing economists point to five compelling reasons that no crash is imminent.

All of that adds up to a consensus: Yes, home prices are pushing the bounds of affordability. But no, this boom shouldn’t end in bust.

“I’m not worried about a housing bubble,” says Ralph McLaughlin, chief economist at financial technology firm Haus.com. “The fundamentals are all there — low supply combined with growing demand for homeownership — to suggest the overheating we’re seeing in the housing market is not based on animal spirits but on an unfortunate and coincidental series of market forces over the past year.”