Bankrate is not a licensed insurance company, agency or broker and we do not sell, solicit or negotiate insurance. Our content provides summaries of insurance providers and/or products that may not include all terms, benefits or limitations of such provider or product. Please consult a licensed insurer or producer regarding any insurance product. Our site may include links that take you to another website and result in us earning a fee. However, our compensation is never tied to whether you purchase an insurance product. For more information, please see our , and

At Bankrate, our reporters create honest, accurate, and objective content. To support our work, we are paid for providing advertising services. Many, but not all, of the offers and clickable hyperlinks (such as a “Next” button) that appear on this site are from companies that compensate us in different ways, and these companies may include our corporate affiliate HomeInsurance.com LLC, a licensed insurance producer (NPN: 8781838). The compensation we receive and other factors, such as your location, may impact what ads and links appear on our site, and how, where, and in what order ads and links appear. Bankrate’s compensation is never tied to whether you purchase an insurance product.

While we seek to provide a wide range of offers, our site does not include information about every product or service that may be available to you. We strive to keep our information accurate and up-to-date, but some information may not be current. So, your actual offer terms from an advertiser may be different than the offer terms on this site. All offers on this site may be subject to additional terms and conditions of the advertiser.

All insurance products are governed by the terms in the applicable insurance policy, and all related decisions (such as approval for coverage, premiums, commissions and fees) and policy obligations are the sole responsibility of the underwriting insurer. The information on this site does not modify any insurance policy terms in any way and is presented without any warranty or guarantee to you.

Bankrate is not an insurance company, agency or broker. We do not transact in the business of insurance in any manner, and we are not attempting to sell insurance or asking or urging you to apply for a particular kind of insurance from a particular company. You can learn more about how to find and choose a licensed insurance agent or broker here. For more information, please see How we make money.

We are an independent publisher. Our advertisers do not direct our editorial content. Any opinions, analyses, reviews, or recommendations expressed in editorial content are those of the author’s alone, and have not been reviewed, approved, or otherwise endorsed by the advertiser. To support our work, we are paid in different ways for providing advertising services. For example, some advertisers pay us to display ads, others pay us when you click on certain links, and others pay us when you submit your information to request a quote or other offer details. Bankrate’s compensation is never tied to whether you purchase an insurance product. We don’t charge you for our services. The compensation we receive and other factors, such as your location, may impact what ads and links appear on our site, and how, where, and in what order ads and links appear.

Our content may include summaries of insurance providers, or their products or services. Bankrate is not an insurance agency or broker. We do not transact in the business of insurance in any manner, and we are not attempting to sell insurance or asking or urging you to apply for a particular kind of insurance from a particular company. For more information, please see our Advertising Disclosure.

Is shipping insurance worth it?

The holiday season is on the horizon, which means the shipping industry is about to get a big bump in traffic.

UPS alone expects to deliver 527 million packages just between Thanksgiving and Christmas this year, beating last year’s record of 480 million. FedEx is expecting more than 280 million parcels during the same time period, and the U.S. Postal Service estimates it will handle more than 17 billion cards, letters and packages.

But all three carriers also admit that there are times when things go awry.

With all those packages changing hands, you might be wondering if you should buy insurance for your parcel. “It really depends on the value of the package and the shipper’s individual risk tolerance,” says Ariel Shmorak, vice president of Shipsurance Insurance Services. He notes that when it comes to electronics and high-dollar items, consumers should consider coverage.

Before you purchase shipping insurance, here are six things you should know.

Some packages are automatically covered 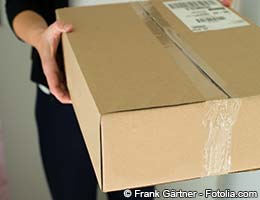 If the contents of your package are worth $100 or less, you already may be covered.

Each domestic UPS parcel is covered automatically up to a value of $100 against loss or damage. FedEx does the same. The U.S. Postal Service, however, only provides an automatic $100 of coverage on Express Mail.

That means you have to declare the value of your package if it is more than $100. If you do not, the carrier’s maximum liability is $100, even if the parcel is worth $1,000, notes Shmorak.

If you want extra protection for your shipment, you will have to pay for it. In other words, if you declare that your package is worth $100.01, and want that extra 1 cent of protection, you have to declare it and purchase the extra coverage.

Check out the shipping-cost breakdown for the three major carriers.

There are shipping insurance caveats 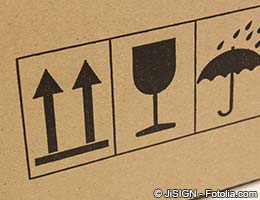 Make sure to read all of the fine print before you ship your parcel. “Consumers need to make sure they know what is not covered,” says Shmorak.

For example, UPS will not cover coins, cash or precious stones — just to name a few items. Both FedEx and USPS have similar exclusions.

Carriers do not necessarily cover everywhere you want to ship, either. If you are shipping internationally, find out which of those destinations are not covered, advises Shmorak.

In addition, some items might be limited to a certain declared value. FedEx, for instance, limits the declared value of items such as artwork, plasma-screen TVs and antiques to $1,000.

Filing a claim is required 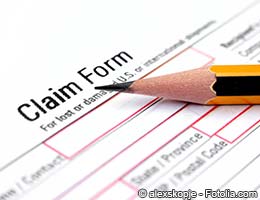 If your package is damaged, lost or stolen, you have to file a claim. “They aren’t just going to send a check,” says Shmorak. It’s a very rare circumstance that major carriers will realize an error and contact you to correct it, he notes.

Start your claim as soon as possible. All three carriers have a cutoff for filing. The USPS recommends filing for domestic claims within six months of the mailing date.

FedEx requires you to file a claim within 60 days from the date you purchased shipping services for damaged parcels and within nine months if the package is not delivered.

UPS requires that you file within nine months for damaged or undelivered parcels. A package must be undelivered for 24 hours after the expected delivery date in order for it to be considered lost.

You will need documentation 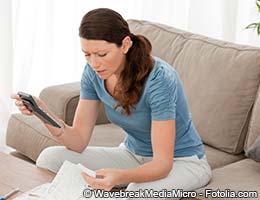 Make sure you have supporting documentation for any claim you file, Shmorak says. “You’ll need to tell them what you’ve shipped, prove the value and go through their process.”

Strohl adds: “Generally speaking, it’s also wise to keep diligent documentation of goods at both the origin and destination, as well as a series of photos of the item to make sure it arrives in the same condition.”

For example, in order to file at USPS, you will need a completed claim form, evidence of insurance, evidence of value, and proof of damage or loss of contents.

Some instances require a repair estimate as well. If something can be repaired, the carrier won’t give you the full amount of the item, says Shmorak. He says, for example, if a computer’s video card is broken during shipping, the carrier probably will give you cash for the video card but not for the entire computer. 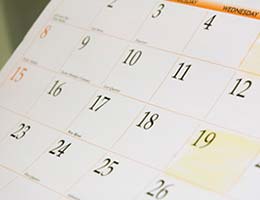 The entire process could take a while. “Some carriers are a bit slower than others. You’re talking about big companies — FedEx, UPS and the U.S. Postal Service,” says Shmorak. Each time you call, you are speaking with a new person, which can be cumbersome.

The process for a UPS lost-package claim, for example, starts when the package is reported missing. UPS then searches for the package, which it says usually takes seven to 10 business days. If UPS cannot find the package, a letter is sent authorizing the claim. At that point, you can finally send in your documentation.

But once the carrier has the documentation, the process unfolds relatively quickly, with most cases resolved within three to five days, according to UPS.

FedEx notes that most cases are resolved in five to seven days after it receives documentation. The U.S. Postal Service gives itself a bit longer, saying claims are generally paid within 30 days.

You can purchase 3rd-party insurance 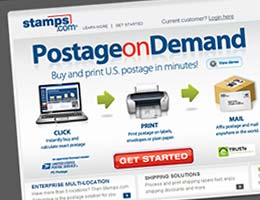 If you want insurance coverage, there are plenty of options.

Third-party companies, such as Shipsurance and Stamps.com, offer insurance for your parcel, sometimes at a discounted rate. According to Shmorak, Shipsurance consumers can save up to 90 percent by signing up for an open policy, which is great if you are a regular shipper.

An open policy may cost more upfront, but it is issued only once and covers all shipments made by the shipper over a period of time.

Third-party insurance for a single package is generally cheaper than the carrier’s coverage. For example, Shipsurance will charge as little as 55 cents for a package between $100.01 and $200, whereas UPS and FedEx both have a $2.40 minimum.

Third-party insurance has some other big benefits. These insurers will often insure packages with higher values, notes Nash. Stamps.com insures packages up to $10,000, which is underwritten by Parcel Insurance Plan and Fireman’s Fund, separate companies. Compare that to the USPS, which covers a maximum declared value of only $5,000.

You are also dealing with the same representative each time you call, says Shmorak. That can make the process a bit easier and more personalized. Generally, multiple people handle your claim at a larger carrier, he says.

Other perks of using third-party companies include fast payment and additional payment options. “If you get your paperwork in, you’ll get the check the next week. Some people are even paid via PayPal,” says Shmorak.