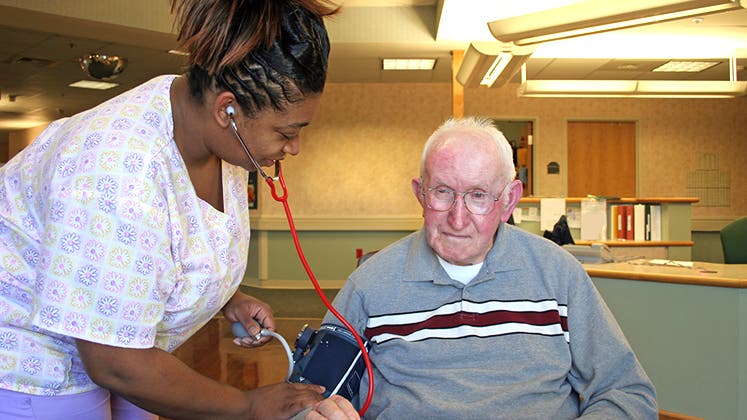 All of these circumstances have combined to cause some creditors to turn to parental support laws as a means of collecting debt, according to Pearson’s report.

Still, Krooks says it is a mistake to suggest that the practice is widespread. He says that after passage of the Deficit Reduction Act, it was expected that increasing numbers of nursing homes would turn to filial responsibility laws to pursue payment in cases where Medicaid is denied.

“That did not happen, however,” he says.

Medicare may cover nursing home care if certain conditions are met, but only for a maximum of 100 days, says Marielle Hazen, a member of the National Academy of Elder Law Attorneys, or NAELA, and elder law attorney with Hazen Elder Law in Harrisburg, Pennsylvania.

At that point, residents without long-term care insurance must pay for their own care until private resources are depleted to the point where they are eligible for Medicaid.

“When nursing homes sue family members, it is usually because there is a gap in coverage between private pay and Medicaid eligibility,” Hazen says.

How can you make sure you do not fall victim to a parental support action?

Harold Grodberg, a NAELA member and elder law attorney with the Grodberg Law Firm LLC in Clark, New Jersey, urges families to avoid that situation by planning ahead.

“Children have to be proactive regarding how their parents are financing their long-term care,” he says.

Some families of modest means may assume Medicaid will cover a parent’s care once the parent has depleted savings and other resources. But Grodberg says it is a mistake to assume that Medicaid will be easy to obtain.

“Medicaid laws are convoluted and often counterintuitive,” he says. “I often tell clients if they try and use common sense in the Medicaid application process, they will make a mistake.”

Instead of doing “Medicaid planning at home,” he urges children and parents to get the help of an elder law professional “when the parent enters the nursing facility, not when they are about to run out of money.”

Krooks urges children and parents to discuss buying long-term care insurance. He says the nursing home in the Pittas case might have been less likely to pursue the parental support course of action if it had received at least partial payment while waiting on Medicaid for the remaining money.

He also agrees with Grodberg that it is important to get professional help, especially if you are depending on Medicaid.

“Make sure that all financial ducks are aligned, and file the application quickly so that from a cash-flow perspective, the nursing home is not being asked to wait an excessively long time to receive payment for services,” he says.