You missed Obamacare’s deadline. Now what? 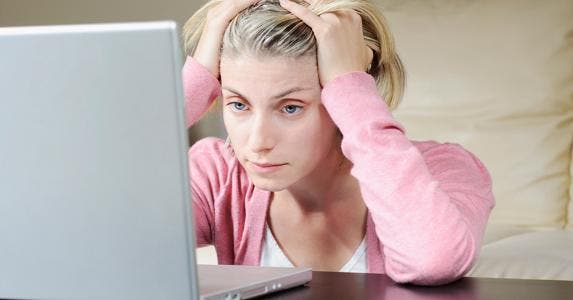 After navigating two open enrollment periods under the Obama health care law, Americans without employer-sponsored health insurance are beginning to realize that there is a nine-month Obamacare offseason.

During that big chunk of the year, applying for health coverage can prove problematic — but not impossible.

No insurance? Beware of the penalty

The next open enrollment period is scheduled to run from Nov. 1, 2015, through Jan. 31, 2016, and is expected to make a three-month window the norm, after the two initial open enrollments were extended.

Save on your health insurance — compare quotes from reputable insurers

By the close of the last open enrollment, roughly 11.7 million Americans had purchased or renewed their coverage through the federal HealthCare.gov marketplace or one of the state-based health exchanges.

Without a qualified plan this year, you could face a tax penalty amounting to the larger of these two options:

Between open enrollments, you have no worries if you or family members are eligible for Medicaid or the Children’s Health Insurance Program; enrollment never closes on those federal safety net programs. Similarly, if you lose your employer-based coverage, you can always extend it via COBRA coverage, if you’re flush enough to shoulder the premiums yourself.

How to get a special enrollment

Otherwise, you’ll need what’s called a “qualifying life event” to be granted a 60-day special enrollment period in order to shop offseason through the exchange.

If you already have an Obamacare policy, you’ll qualify for a special enrollment period if you experience a change in income or household status that could affect your premium tax subsidy, but not if you voluntarily drop your health exchange plan during the offseason.

The reason there’s a season

Why don’t the exchanges sell policies to everyone year-round?

“The federal government is trying to balance insuring consumers with a concern insurance carriers have for what’s called ‘adverse selection’ — they don’t want to allow people to wait until they get sick to enroll,” explains Wells Wilkinson, a staff attorney with Community Catalyst, a nonprofit health care advocacy organization. “They’ve hit a very, very good balance.”

Fortunately, health reform has spurred the growth of community resources like Community Catalyst and Enroll America that not only help consumers during open enrollment but guide them through their offseason options as well.

“Offseason outreach has been more difficult because there are fewer individuals to reach and they’re harder to find,” says Sophie Stern, an official with Enroll America. “Based on the implementation of prior health coverage reforms, it has often taken about five years before the enrollment levels off or until people truly have an understanding of the benefits available to them.”

Wilkinson says the offseason challenge is to help consumers apply for a special enrollment period and convince them that time is of the essence. “If they wait more than 60 days to choose a plan, they can lose the chance to join the marketplace,” he says.

What if time runs out, or you don’t qualify for a special enrollment period in the first place?

“There are plans available outside the marketplace that tax-qualify,” Wilkinson says, meaning that they comply with the health care law and won’t bring an Obamacare tax penalty. “A certified application counselor would probably help you look at some as a thoughtful exercise.”

But if you want to receive a tax subsidy to lower your premium, you’ll need to purchase a plan through the exchange. If your goal is to simply limp to the next open enrollment period, you might consider non-tax-qualified, short-term medical coverage.

Will Sheridan, a personal benefits consultant with HSA for America, a Colorado-based health savings account and supplemental insurance brokerage, sells short-term health, accident and critical illness plans, alone or in combination, most often to customers who want to avoid the wait.

“I just had a client who lost his job and his coverage on the same day, which is more common now. They used to not drop your coverage at least until the end of the month, but now employers do it all the time,” Sheridan says. “He was young and healthy, but he has asthma, so he wanted to make sure he had some short-term coverage in case something happened. He had coverage in a couple of days.”

In most states, short-term medical coverage is available for 30 to 90 days and may be renewable. But they typically don’t include all of the federally mandated 10 essential health benefits or cover pre-existing conditions, as required under the health care law. In fact, Sheridan notes that many are underwritten by life insurers rather than health insurers.

On the plus side, short-term medical is affordable, especially for those ages 30 to 50, and features adjustable deductibles to save even more on premiums. For instance, a 45-year-old Florida resident could pay $245 per month for a plan with a $1,000 deductible, or $147 per month with a $7,500 deductible.

A catastrophic plan, paired with a low-cost accident policy to cover the high deductible, can be an affordable short-term fix for some.

“If you’re young and healthy, it’s more likely that you’re going to roll over on a snowboard or your bike is going to go off the trail,” Sheridan says.

Other affordable offseason options include fixed-benefit plans, which offer a set of cash benefits and medical discounts without a deductible; and critical illness plans, which cover the high costs associated with cancer, heart attack and stroke.