Is Obamacare delivering on its promises ahead of potential Supreme Court setback? 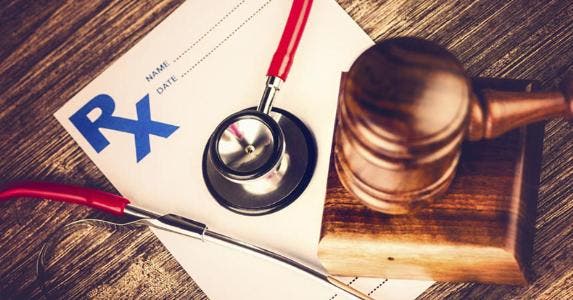 For millions of newly insured Americans, the latest Supreme Court challenge to the Obama health insurance law couldn’t have come at a worse time.

The case, which is expected to be decided this summer, could dismantle the 5-year-old health care reform in much of the country — just as it was starting to deliver on its promises.

A Bankrate analysis of government health care data finds that, despite Obamacare’s glitch-ridden start, the online health insurance exchanges, or marketplaces, created by the law are seeing a healthy dose of new competition. More carriers entered the marketplace for 2015, and more plans are available to consumers. Meanwhile, premium increases have been held in check.

To be sure, it’s too early to draw conclusions about Obamacare. The health care industry needs at least several years’ worth of data, including more information about quality and affordability, to adequately grade the impact of the law formally called the Patient Protection and Affordable Care Act.

Still, policy experts see promising signs that more insurance carriers are entering the marketplace and premiums aren’t spiraling out of control. Those developments, combined with a surge in insured Americans this year, suggest the system is working as intended.

“This is certainly a good thing,” David Becker, a public health expert at the University of Alabama at Birmingham, says of Bankrate’s findings. “The health insurance industry is becoming more like how other markets work.”

Bankrate’s research focused on 40 states, plus Washington, D.C., that provided adequate statistics for the analysis. The sample includes every state that offers insurance through the federal HealthCare.gov website, as well as several others that run their own marketplace sites.

The data — from the U.S. Department of Health and Human Services, or HHS, and individual states — show that, on average, each state’s exchange added one new carrier for 2015.

New Hampshire saw the biggest percentage jump in carriers, from just one participating in 2014 to five this year. Indiana and Georgia also at least doubled the number of carriers offering plans in their states. Three states lost carriers: California, Oregon and Oklahoma.

In some cases, the number of carriers changed in a state because subsidiaries of the same company either entered or departed the marketplace.

With the new carriers have come new health insurance plans. Consumers could pick from an expanded menu for 2015 with an average increase of nine Obamacare plans per county, according to an analysis of 35 states for which two years’ worth of comparable statistics were available.

Premiums did rise from 2014 to 2015, though the increase was more moderate than before the health care law was passed.

Looking at the second-lowest-cost “silver” plans — considered the Obamacare benchmark plans — for 40-year-old individuals, unsubsidized premiums rose by an average of 5 percent in the counties with available data.

That’s less than half the nearly 11 percent average annual increase in premiums for individual-market health plans seen from 2008 to 2010, in data from the health research foundation The Commonwealth Fund.

“There were a lot of concerns about premiums rising for the second year,” says Peter Cunningham, a health care policy expert at Virginia Commonwealth University. “That didn’t really turn out to be the case.”

Other glimpses at progress

Bankrate’s analysis is in sync with several other early indications of Obamacare success:

But Obamacare continues to weather criticism, particularly in Congress, where the House has voted dozens of times to derail the law.

And, experts from outside of the political realm have noted a number of potential concerns. For example, Josh Fangmeier, a senior health policy analyst with the University of Michigan’s Center for Healthcare Research & Transformation, says some businesses in his state are complaining about fast-rising small-group insurance premiums.

“It used to be that those premiums could be the same for every single employee, but now premiums are age-adjusted,” he says. “So for small firms that have disproportionately older workers, those firms saw a disproportionately larger premium increase.”

Becker says tax credits in some communities could create incentives for people to stop working — to get a bigger subsidy.

“There’s some really powerful incentives that might affect labor force participation, retirement decisions and all sorts of things,” he says.

Bracing for a Supreme Court ruling

In 2010, President Barack Obama shepherded his health reform law through Congress on the promise that it would expand access to quality health insurance while keeping costs in check. It required individuals to get coverage and employers to offer it. It created marketplaces where people could shop for insurance and offered tax credits to help lower-income Americans pay their premiums.

Those tax credits are now the focus of a Supreme Court case that could disrupt Obamacare in much of the country.

Justices will decide by this summer whether subsidies should be available in the more than 30 states relying on HealthCare.gov. Plaintiffs in the lawsuit assert that the law allows tax credits only in states that have established their own marketplace.

Warnings of a ‘death spiral’

If the court agrees, it could tear down much of what was built over the past five years. The Urban Institute estimates that 9.3 million people would lose their tax credits; as a result, 8.2 million would no longer be insured in 2016. The disqualification of so many people would erode the entire system, making health insurance more expensive for everyone, experts say.

“It’s what we call the ‘death spiral,'” says Cunningham.

Fewer people would still be willing to buy higher-priced unsubsidized care, and that group would be dominated by people with health conditions who really need their insurance. This would increase the coverage risks for carriers, and many would raise premiums to compensate. As costs rise again, the cycle would repeat.

If the Supreme Court restricts tax breaks, “it would, basically, destabilize the insurance markets and the exchanges in those states,” Cunningham says. “And that’s likely going to raise prices for everybody else.”