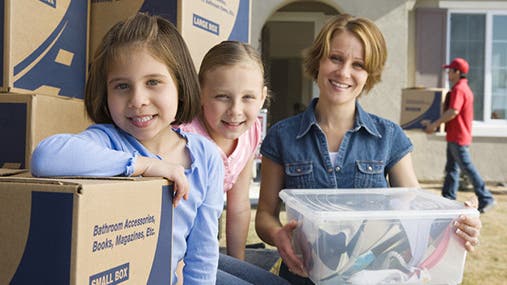 More than 1 in 4 Americans would vote with their feet and relocate to another county or state to obtain better or cheaper health coverage, according to Bankrate’s latest Health Insurance Pulse survey.

Health insurance would be a reason for 28 percent to move, with 9 percent saying it would be a major reason and 19 percent identifying it as a minor reason.

Interest was even keener among the young and those with lower incomes. Those are the two demographics most likely to lack insurance, which makes them the groups that potentially have the most to gain from the federal health care law now being implemented. More than 4 in 10 respondents (42 percent) between the ages of 18 and 29 said better rates or coverage would be a major or minor reason to pull up stakes, while a third (32 percent) of those with the lowest incomes would consider such a move.

Find the best health insurance plan for you.

The Affordable Care Act — the health care overhaul law which you may know as Obamacare — was designed to extend the reach of health insurance through a combination of expanded Medicaid and subsidized health plans. But what’s available under the law varies from place to place. Half the states have chosen not to expand their Medicaid programs, and data from the Department of Health and Human Services show that the base prices for the Obamacare plans, being sold through HealthCare.gov and other online exchanges, can differ sharply from one county to the next.

Michael Morrisey, professor of health economics at the University of Alabama at Birmingham, says he’s surprised by the number of consumers who would consider moving as an option.

“It’s quite possible that a whole lot of folks don’t have a sense of how much health insurance really costs or that it can differ broadly across market areas,” he says, adding that he would have expected only 20 percent of all consumers to be open to a move. 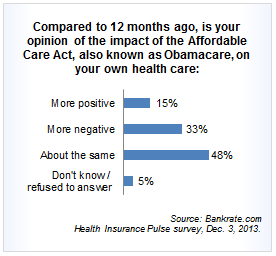 While insurers have long employed geographic rating to set premiums on individual policies, Morrisey attributes the growing public awareness of location-based price differences to the new state exchanges, which enable consumers to easily compare plan rates and policy features by ZIP code across the country. Bankrate’s interactive map, which is based on the Health and Human Services rate data, illustrates the patchwork of prices for policies that qualify for the health law’s tax credit subsidies.

A glance at the map shows, for example, that a person in Mississippi might venture across the state line to Alabama and find much lower rates, that a consumer in Arizona might save simply by moving to the next county, or that someone in the Philadelphia area might do better on the Pennsylvania side of the river than in New Jersey.

Janet Schwartz, assistant professor of marketing at Tulane University, says the willingness of many respondents to move for a better deal speaks to consumer frustration with the cost of health care today.

“Health insurance has become such a considerable expense for American consumers that it’s right up there with other life factors that could influence a move across state lines,” she says.

Young and restless — for Obamacare?

Despite the rocky rollout of its new online state exchanges, Obamacare seems to be making inroads with one population considered key to its success: young people. Of all age groups surveyed, 18- to 29-year-olds were the most likely to say that their health insurance situation is improving, their ability to handle medical expenses is on the upswing, and the Affordable Care Act is growing on them. All this despite the fact that, overall, the number of survey respondents feeling “more negative” toward Obamacare has risen to 33 percent, the highest level in four months.

Morrisey says it’s not the new state exchanges that are winning over the young, but another Obamacare reform that has been in effect since 2010.

“Most of this age group can remain on their parents’ policy up to age 26, assuming their parents have health insurance, so for them, certainly, it has become easier,” he says. “It may almost be costless if Mom or Dad has a family policy that they can latch onto.”

Morrisey predicts the youthful thrall over Obamacare may well wane in coming weeks when more young adults finally log onto the state exchanges and experience first-hand the “sticker shock” of individual insurance rates they’ll likely face once they turn 26 and must be insured on their own. Young, healthy people are expected to pay higher proportionate rates to offset the lower, age-capped rates for the older, and relatively sicker, population that can no longer be denied coverage or canceled due to a pre-existing health condition beginning in 2014.

‘Going to get better’

But Schwartz remains optimistic that once the noise level drops, America will learn to accept and even embrace its new health care system.

“People are incredibly nervous around change, but once the change happens, they are remarkably quick to adapt,” she says. “It may not happen overnight because it’s a big government program and government is slow to move and slow to adopt these new technologies. But, as happened in 2006 with Medicare Part D (prescription drug coverage), six months or a year from now, things are going to get better.”

Bankrate’s fourth monthly Health Insurance Pulse survey was conducted Nov. 21-24 by Princeton Survey Research Associates International with a nationally representative sample of 1,003 adults living in the continental United States. The margin of sampling error is plus or minus 3.6 percent.