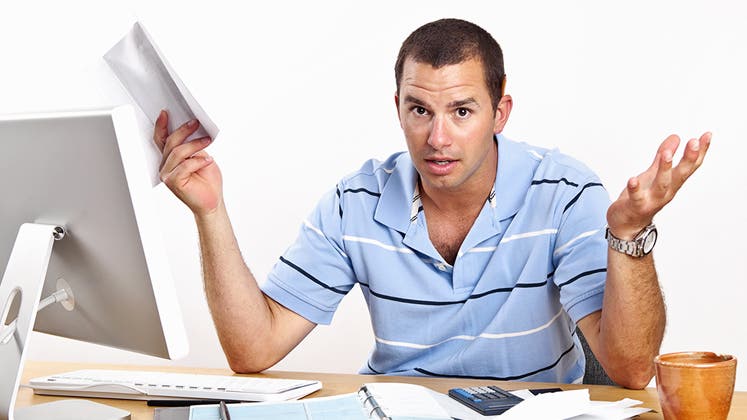 Nearly two-thirds of Americans say shopping for health insurance is at least as bad as having a tooth filled, according to the latest Bankrate Health Insurance Pulse survey.

In fact, more than 7 out of 10 adults surveyed rate the ordeal of sorting and deciphering complex health plans the same as or worse than doing their own taxes (75 percent) or being stuffed into the middle seat on an airplane (73 percent).

Compare health insurance quotes to save on your premium

Searching for health coverage fared even worse against all three alternatives among those who recently shopped for health coverage. For some, the pain may be fresh from open enrollment, currently underway for many employer-based group plans as well as for individual coverage on the Obamacare exchanges.

Would you say that shopping for health insurance is at least as unenjoyable as … ?

Which kind of health insurance plan do you prefer?

A sour taste left by Obamacare

Jonathan Oberlander, professor of social medicine and health policy management at the University of North Carolina-Chapel Hill, credits those sour responses to Obamacare’s uphill battle to overcome a rocky 2013 marketplace launch, ongoing political headwinds, and another pending legal battle before the U.S. Supreme Court, this one over federal tax subsidies.

“There is a large and growing gap between the Affordable Care Act’s performance and public perception, and it may even be growing a little bit based on these numbers,” he says. “The ACA has had a public opinion problem since 2010. More people dislike it than like it.”

Bankrate has found little movement in public sentiment toward Obamacare over the past 15 months. The new Health Insurance Pulse survey finds Americans are feeling more negative about President Barack Obama’s signature health reform law by a 2-to-1 ratio.

Oberlander says public perception doesn’t jibe with the gains made by Obamacare during its first full year of implementation.

“We’ve insured 7 million people in the marketplaces, Medicaid and Child Health Insurance Program (CHIP) enrollment is up by about 9 percent, and the uninsured population has decreased by 10 million,” he says. “The ACA has been riding this wave of momentum and you would expect to see better numbers, and yet you don’t.”

Peter Kochenburger, professor of insurance and consumer law at the University of Connecticut School of Law, says it’s premature to judge the success or failure of Obamacare by its polling numbers.

“How do you test a program of this magnitude one year out when it’s been such a target of criticism, some of it fair but much of it erroneous?” he asks. “The amount of misinformation that’s been spread about it in the last four or five years is incredible. It’s hard to like a law that’s been demonized by half the politicians in the country.”

No fondness for health-plan shopping

“Few of us really relish the prospect. It’s complex, time-consuming, confusing and not enjoyable,” he says. “Most of us could probably come up with a list of 101 things we’d rather do.”

When asked about their preferences for health coverage, consumers were split: 44 percent prefer plans with a lower premium and a high deductible, while 36 percent prefer high premium/low deductible plans.

“There’s a trade-off,” says Oberlander. “While we don’t know the medical circumstances of the people who answered, if you’re healthy, a low-premium/high-deductible plan is pretty attractive because what do you care how high the deductible is? If you’re chronically ill, however, all of a sudden a high-deductible plan has a very different resonance. It’s not as good a deal for you.”

Will Americans learn to love shopping for health insurance? Unlikely, says Kochenburger. But those who take advantage of the help available, whether it’s their employer’s human resources department, an insurance agent or an exchange navigator, should find it preferable to a dental visit.

“After all, you’re not going to fill your own tooth — there’s help out there,” he chuckles. “It may not be the most enjoyable 20 minutes, but it’s sort of painless.”

The bigger question is: Will America ever warm to Obamacare? Oberlander says that may depend on whether it survives its next Supreme Court showdown.

“That Supreme Court case is really a huge cloud over Obamacare,” he says. “If the court overturns the subsidies in the federal exchange, then the politics of the ACA become very volatile, and there will be lots of pressure from insurers and hospitals on the states that use the federal exchange to set up their own marketplaces so people don’t lose the subsidies and they don’t lose customers.”

But Oberlander says any efforts to save the subsidies could face resistance. “When you’ve got a law that’s as unpopular as this one, the political signals are going to be very mixed,” he says. “That’s why these poll numbers are very relevant.”

Bankrate’s Health Insurance Pulse survey was conducted Nov. 20-23 by Princeton Survey Research Associates International with a nationally representative sample of 1,004 adults living in the continental U.S. The margin of sampling error is plus or minus 3.5 percentage points.