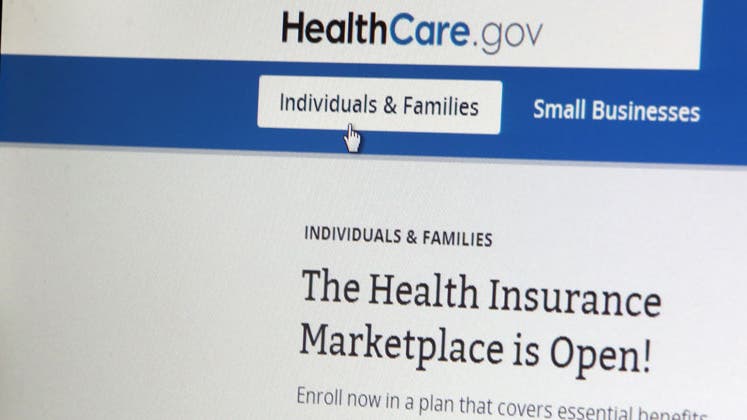 Familiarity with the Affordable Care Act has reinforced both negative and positive perceptions of President Barack Obama’s historic health care reforms, according to the latest Bankrate Health Insurance Pulse survey.

The results also show many Americans are concerned that Obamacare’s next enrollment period will bring much higher health insurance rates, and that most lack confidence in whether the online health exchanges, or marketplaces, will work smoothly.

“Even people who are in the subsidized plans in the exchanges might be worried … because this is a whole new world for them,” says Deborah Chollet, a senior fellow at Mathematica Policy Research in Washington, D.C.

“Last September and October when they first went onto HealthCare.gov and looked at premiums, while many of them were pleasantly surprised at how low the prices were, that means they now have something to lose,” she says.

Asked to assess the impact of Obamacare on their own health care compared with a year ago, a survey-high 37 percent rated it as more negative. That’s up 9 percentage points since last August.

On the flip side, 16 percent rated Obamacare’s personal impact as more positive, tying a survey high.

“I would attribute the swings to the effects of the ACA settling in and perceptions about potentially rising insurance premiums,” says Dylan Roby, an assistant professor of health policy at UCLA’s Fielding School of Public Health.

Respondents also were asked for the first time to speculate on possible major problems ahead for the fall open enrollment period for Obamacare, which begins Nov. 15. The top worry (46 percent) was that the sign-up season will feature much higher prices for health plans, followed by the possibility of too many people remaining uninsured (29 percent) and potential glitches with the exchanges (23 percent).

Which do you think could be a major problem during the next enrollment season for the Affordable Care Act?*

*Note that respondents could select more than one of the first four choices.

How confident are you that the Obamacare online exchanges will operate smoothly this fall?

The case against big rate increases

Chollet explains the concerns this way: “Health insurance always makes people feel vulnerable. If you asked this question 10 years ago, I think you would have gotten the same answers.”

The fear of rising prices is largely unfounded, Roby says.

“It’s not surprising that people are thinking that, but it will not be a huge issue this time around,” he says. “Things should level out to perhaps 6-8 percent premium increases over time, which is on par with what we typically see in the employer-based market.” He says 20-25 percent annual increases were common before the law.

A look at preliminary rate filings for 2015 in more than 20 states finds insurers are seeking price hikes averaging 8.2 percent, according to the Health Research Institute of consulting firm PricewaterhouseCoopers.

Chollet points out that some insurance carriers are asking for 35 percent rate increases. “But whether they’ll actually get them is another question,” she says.

Lingering doubts about the exchanges

Will the health exchanges run smoothly the second time around? Opinions varied widely, with most (56 percent) feeling little or no confidence in a smooth ride.

“Generally, consumers from states like California where the exchanges operated fairly well probably have a better impression,” says Roby. “In states like Massachusetts, Oregon and Maryland that ran their own exchanges but not well, there’s probably less optimism.”

Chollet, however, prefers to consider this cup of findings half full.

“I was glad to see that 39 percent were somewhat or very confident. I thought that was pretty good,” she admits. “I would call this a 50-50 split, which is probably about the right place to be. ‘Don’t know’ is probably the most correct answer here.”

Asked to rate their own health care spending, a survey-record 45 percent said their monthly health care costs were higher than a year ago, while just 8 percent reported a drop in health spending.

Roby says surveys are beginning to show the varying effects of health reform on different age groups. For instance, just 13 percent of young people ages 18-29 ranked Obamacare as becoming more of a positive for them, versus 21 percent of those ages 30-49.

“The 30-49 age group is warming to the ACA,” Roby adds, “because they’re the ones who would have been paying probably four times as much as their younger counterparts in the old rating model, where now they might be facing 2 1/2 times as much.”

The effects of recent events

Much of the pessimism displayed in the survey may be chalked up to the recent U.S. Supreme Court decision restricting contraceptive coverage and to summertime political barnstorming ahead of the fall midterm elections, Chollet says.

“Fifty percent of the respondents are living in states with congressional opposition to the Affordable Care Act, so they have weathered not only the Hobby Lobby case, but their congressmen coming home to talk about it on the Fourth of July,” she says.

Princeton Survey Research Associates International conducted the telephone survey July 17-20, just before federal appeals courts issued conflicting rulings on the legality of the tax credits that cut the cost of health plans in the exchanges. The court fight has had no immediate impact and is widely expected to extend far beyond the upcoming enrollment season.

The survey of 1,002 adults in the continental U.S. has a margin of sampling error of plus or minus 3.6 percentage points.