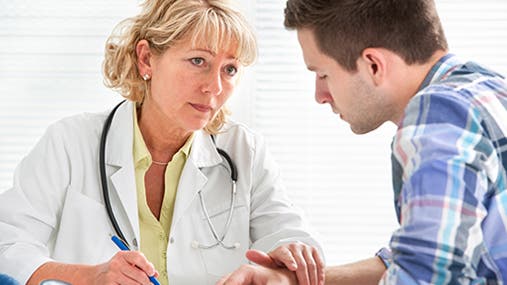 Would you mind paying a small surcharge at your favorite restaurants, supermarket and gas station to help those merchants provide health insurance to their employees?

The move may have been inspired in part by high-profile comments from John Schnatter, founder and CEO of the Papa John’s Pizza chain, that complying with Obamacare would add 11 to 14 cents to the price of a pizza.

Among those surveyed, more than half (52 percent) would approve of paying a regular 25-cent health insurance surcharge at their favorite merchants, while 38 percent oppose the idea. Nearly a quarter of the respondents would take their business elsewhere.

How would you feel if a business you regularly use added 25 cents to every bill to help pay for health insurance for its employees?

If it were up to you, would you keep the Affordable Care Act, also known as Obamacare, in place, or repeal it so the law is no longer in effect?

“I was kind of surprised that the response was that positive, because it’s specifically tagged for health insurance,” admits Doug Hough, a health economist at the Johns Hopkins Bloomberg School of Public Health.

“If the question had linked it to Obamacare, you would have gotten much more opposition, because that’s such a hot-button issue,” Hough notes. “But provide health insurance for their employees? Well sure.”

Amy Bach, executive director of the insurance consumer group United Policyholders, resides in a city that encourages these surcharges. The Healthy San Francisco program, launched in 2007, allows restaurants to add a fee to either insure their employees or help offset the city’s health care program for uninsured residents who don’t quality for Medicare or Medicaid.

Bach is encouraged by the survey support for such initiatives.

“It’s a bit of a relief,” she admits. “This has been the case for several years in San Francisco, and here, it’s a chunk of change. Some charge 3 or 4 percent, others a dollar or two.

“So a quarter? Come on — when you think about what people spend on coffee every day, a quarter is nothing.”

Bach anticipated the senior response (“That makes sense, with limited incomes,” she says), while Hough similarly expected the GOP opposition. (“I’m frankly surprised that 34 percent of Republicans would support it,” he says.)

More than 1 in 5 customers would boycott

Among those who disapprove of the idea, more than 1 in 5 (22 percent) would stop patronizing a business that charged them a quarter to help fund employee health insurance, while 16 percent wouldn’t let a health care surcharge come between them and a favorite merchant.

“I think those who would boycott businesses are saying it because they don’t like Obamacare,” says Bach. “My instinct is that people are responding along partisan lines. Obamacare definitely became a red-blue issue.”

While the survey finds that Americans are about evenly split on whether to keep or repeal Obamacare, their assessment of their own health insurance situation and the effect of President Barack Obama’s landmark health care reform on their ability to access health care have shown upticks.

Some numbers on the rise

Of those polled, 13 percent now say their personal health insurance situation has improved, up from 8 percent in a similar survey released in September.

Asked about the impact of Obamacare on their overall health care compared to a year ago, 16 percent rate it more positive, up from 12 percent in January.

Those earning less than $30,000 a year, a key target group of the Affordable Care Act, seem particularly upbeat, with 16 percent rating their situation as improved from a year ago, double the 8 percent who felt that way in the September survey.

Hough says some of the spring bloom may speak more to the uncertainty of last spring, which saw the major anti-Obamacare “train wreck” campaign by the political opposition in advance of the October debut of the state health exchanges.

“Now that they’ve gone through open enrollment and most people haven’t seen a major or even any change in their health plan, they realize that the sky didn’t fall,” Hough says.

“Even (those) with policies that weren’t renewed, some of them went out and got different insurance and said, ‘Well, that wasn’t so bad.’ “

Hough doesn’t see that scenario repeating this year, despite the fall midterm elections.

“Stories this year are going to be about people who now have health insurance and are using it, rather than the broken exchanges,” he says.

Bankrate’s Health Insurance Pulse survey was conducted by telephone April 17-20 by Princeton Survey Research Associates International with a nationally representative sample of 1,000 adults living in the continental United States. The margin of sampling error is plus or minus 3.5 percentage points.