Think you might want to retire outside the US? Better think about health insurance 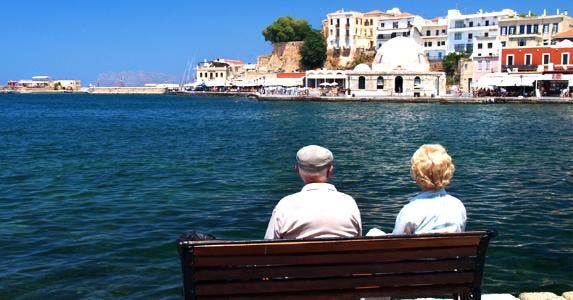 Is Belgium beckoning as a retirement roost? Is Canada coaxing you? If you retire abroad, be aware that you likely won’t be able to count on your American health insurance to cover a trip to the emergency room — or even a routine checkup.

Medicare rarely covers any health care outside the U.S., cautions Josef Woodman, the founder and CEO of Patients Beyond Borders, which helps people navigate health care systems around the world. Private U.S. insurance typically won’t cover anything but emergency services in other countries.

But you may find other good options.

Medicare? Probably not over there

According to the Association of Americans Resident Overseas, retired Americans 65 or older who are living abroad and enrolled in Medicare may come back to the U.S. to get health care covered by the government program. But that can mean traveling when you’re sick.

If you buy a private Medigap policy, which fills gaps in Medicare coverage, it might offer additional coverage for health care services or supplies outside the U.S.

But retirees shouldn’t expect to rely on travel insurance, Medicare officials say, because those policies don’t necessarily include health insurance. According to Woodman, travel insurance pretty much covers only emergency care, such as treatment of food poisoning or a broken ankle.

Universal coverage in your new country?

For a retiree living abroad, the choices boil down to signing up for a health insurance plan in your new country, purchasing international coverage or skipping medical coverage altogether.

There’s no such thing as the ‘best’ approach. It’s what is best for you.”
— Live and Invest Overseas newsletter

American retirees might choose to buy private insurance in their new country of residence. Moreover, they can tap into the public, universal health care available in certain nations, including Argentina, Japan, New Zealand and Spain. Keep in mind that many countries restrict access to universal coverage to their citizens.

But “most Americans aren’t trusting enough of the health care system in the country they might choose to retire in to kill their U.S. health plan,” Woodman says.

Tempted to quit your US coverage? Don’t

So, you might want to hang on to your Medicare or other U.S. insurance and return to the states for eligible elective care.

Woodman recommends that American retirees who are living outside the U.S. and are in decent health purchase high-deductible catastrophic coverage in the country where they’re settling. These low-premium plans serve as a safety net in case you rack up major medical expenses.

Another option for American retirees abroad is to obtain special international coverage from companies such as Aetna, Allianz and Cigna.

Also consider that costs for medical care in other countries tend to be significantly less than in the U.S. For instance, the price for a hip replacement in the U.S. averages more than $26,000, compared with about $11,500 in the Netherlands and less than $6,900 in Argentina, according to the most recent data from the International Federation of Health Plans.

Translation: You might be able to skate by without any health insurance in places with low out-of-pocket expenses.

“Choosing a strategy for health insurance is one of the most important decisions you must make as you work to conceive a plan for reinventing your life in a new country,” according to the newsletter Live and Invest Overseas. “This is a hugely personal decision, and there’s no such thing as the ‘best’ approach. It’s what is best for you.”