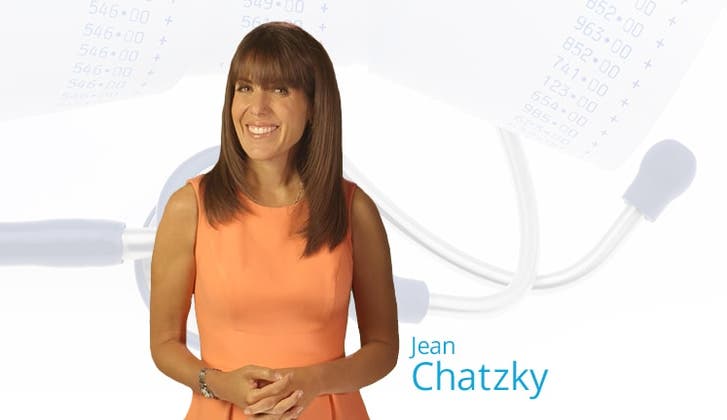 Now that we’re in the age of health insurance reform, you might expect that figuring out prices for specific services would be a cakewalk, right?

Not necessarily. In many cases, a patient won’t know the actual cost of care until after that care is delivered, which can lead to surprise medical bills and unwanted debt that can affect your credit score. Check your credit score for free at myBankrate.

Though you can take proactive measures to ward off high health care costs, “price transparency” remains an elusive goal as the U.S. health care system continues its extreme makeover.

There has been a push for more transparency in health care costs so that consumers are armed with more information to help them make smart decisions regarding their care.

What is price transparency?

The availability of provider-specific information on the price for a specific health care service or set of services to consumers and other interested parties.

According to the Catalyst for Payment Reform, a group formed by large employers, price transparency is “the availability of provider-specific information on the price for a specific health care service or set of services to consumers and other interested parties.”

Consumers are hungry for this info. According to a PricewaterhouseCoopers survey:

However, “it is not at all easy” for consumers to get accurate prices for care, says Deborah Chollet, a health insurance research leader with Mathematica Policy Research in Washington, D.C.

Whenever you contact a doctor’s office to schedule care, the first question will be about your insurance coverage — and that will determine the price, she explains.

“Then, they’re kind of at a loss to tell you what a service will cost because a service turns out to be a bundle of services,” Chollet says. “It’s not one thing.” And each service has its own medical code and price.

“It turns out to be nearly impossible to understand what that visit will cost you” beforehand, she says.

You probably already know this. 64% of consumers report that it’s very or somewhat difficult to find price info for medical treatments and procedures provided by doctors and hospitals, according to a recent Kaiser Family Foundation poll.

But some progress has been made toward more price transparency.

(Consumers) will get the most usable information, right now based on what’s available, if they go to their health plan.”
– Lynn Quincy, Consumers Union

Third-party sites such as Guroo, the FAIR Health (FH) Consumer Cost Lookup and Healthcare Bluebook give consumers an idea of the local costs of many types of health care procedures.

“They’ll only show you an average for the area; it’s not a price that’s specific to a provider,” cautions Lynn Quincy, associate director of health reform policy for Consumers Union, the policy and advocacy arm of Consumer Reports in Washington. “It’s still better than nothing, but it probably doesn’t go far enough.”

Insurers, including Blue Cross Blue Shield of North Carolina and UnitedHealthcare, have their own price-comparison tools offering more detailed estimates of physician and facility fees, anesthesia, medical supplies, and the patient’s out-of-pocket costs, such as the copay and deductible.

How to get the most from estimators

In 2013, an overwhelming majority of health insurance plans — 98% — reported that they offered or supported 1 of these cost calculators, but only 2% of plan enrollees used them, according to data gathered by the Catalyst for Payment Reform.

“We can speculate as to why this is true,” Quincy says. “It seems likely to me that people don’t know the tools are there. Maybe they’ve never even gotten a password to go onto their health plan’s website.”

You should start with your insurer when trying to figure out what your care will cost. will get the most usable information, right now based on what’s available, if they go to their health plan,” Quincy advises.

Then, in the same manner that you gather multiple quotes for insurance products, you should check more than 1 of the third-party price-comparison sites for procedure estimates.

Help from the government?

The federal government has been aiming to help make medical costs more transparent for consumers. A section of the Obama health care law that took effect in October 2014 requires hospitals to publish a list of their standard charges and update it annually.

But this list of charges — known as the “chargemaster” — tends to include the highest prices hospitals charge for their services. It doesn’t really represent what many patients actually pay.

“It’s not a terribly relevant price because hardly anybody’s paying that price,” Quincy says. “Most people are paying a lower rate that’s been negotiated with a health plan.”

At the state level, Massachusetts has a groundbreaking medical price-transparency law. The Bay State is the first requiring insurance companies, doctors and hospitals to make real-time pricing information available to consumers. A few other states, including Maine and New Hampshire, have developed websites where consumers can get cost estimates based on local health insurance claims data.

But full transparency — providing consumers with actual, upfront costs for their care — may be a ways off. As proof, Chollet points to difficulties with other facets of health reform that should have been even easier.

“Right now we’re trying to manage the most simple things for consumers, and that is to have a correct and reliable provider directory,” she says. “Even that turns out to be really hard for insurers to do, apparently, on an updated and accurate basis.”