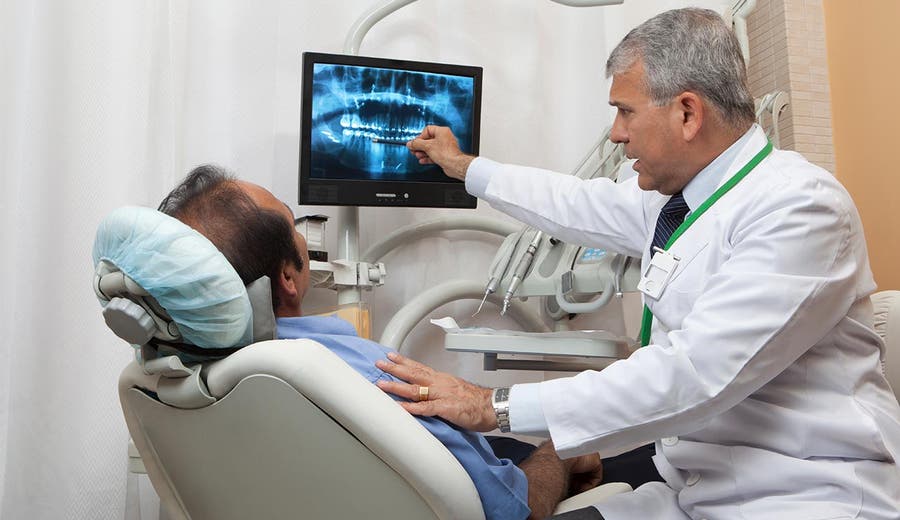 Fair or not, many of us take other people at face value — literally. One of the things we first notice about someone is their face, including their teeth. So, how much are your teeth worth? Are they valuable enough to buy dental insurance if you don’t already have coverage?

Dental insurance premiums can be more expensive than simply paying out of your own pocket for routine checkups and cleanings.

Most dental policies emphasize prevention and diagnostics, typically covering two annual exams and cleanings, plus X-rays and, for children and older adults, fluoride treatments, says Evelyn Ireland, executive director of the National Association of Dental Plans, or NADP. But the real benefit is being covered for bigger-ticket procedures, such as fillings, root canals and crowns. You’re spared from having to dig into your own pocket when faced with the type of dental emergency that can really chomp into your savings.

At the end of 2016, about two-thirds of Americans had dental benefits, according to a report from the NADP and Delta Dental Plans Association. If you’re in the other third and are considering buying your own dental insurance, be aware that the policies vary widely. Choosing the right one can be tougher than remembering to brush twice a day.

People with dental insurance commonly have what’s described as “100-80-50” coverage, meaning it pays 100 percent of the cost of routine preventive and diagnostic care, such as checkups and cleanings; covers 80 percent for fillings, root canals and other basic procedures; and 50 percent for crowns, bridges and major procedures, Ireland says.

The vast majority of coverage is provided through employee and group policies, plans that charged annual premiums of $228 to $384 in 2014, according to NADP estimates.

The cost for you to buy a typical individual policy is about $350 a year.

Meanwhile, the average American paid out-of-pocket dental expenses of $544 in 2013, according to a 2016 report from the American Dental Association’s Health Policy Institute.

For care that goes beyond the routine stuff, most plans cap coverage at $1,500 a year, although higher annual limits can be arranged by paying a higher premium.

Unlike health insurance, dental plans don’t bar coverage for pre-existing conditions, though some policies may restrict coverage for people with missing teeth.

Cosmetic dental procedures are rarely if ever covered by insurance. So you might want to have a good credit card handy if you’d like to have some of that work done.

The advantage of PPOs over indemnity plans is that dentists within the PPO network typically agree to accept lower fees for procedures. So, a crown that results in $500 in patient costs under an indemnity plan might mean $400 in out-of-pocket costs under a PPO plan.

“That’s the advantage of any plan with a network — there’s a negotiated discount,” Ireland says. “You’re paying based on the discounted rate. The doctor can’t bill you for the difference.”

Waits are a drawback to individual plans

One disadvantage if you’re considering buying any individual dental plan is that they often come with waiting periods that typically don’t apply to patients in group plans.

For example, most individual plans won’t cover fillings for the first six months of a policy and may not offer coverage for certain other procedures for up to 18 months. That’s so you won’t sign up for coverage, go in for an expensive treatment and then try to drop the insurance immediately afterward.

Anyone exploring dental coverage may want to consider forgoing traditional insurance in favor of an alternative: a discount dental plan. You pay an annual fee to receive certain services at a set rate or at a discount.

One example is Quality Dental Plan, created by Oregon dentist Dr. Dan Marut. The fee takes care of the preventive services typically covered by dental insurance — two exams, two cleanings and X-rays — as well as a teeth-whitening treatment that insurance rarely pays for. Members also can obtain additional procedures, such as fillings and root canals, at discounted rates.

“Lots of people don’t go to the dentist until something hurts — by that time, it’s already a problem,” Marut says. “Our goal is to get people in earlier.”

There are no waiting periods, and there’s no maximum on how much savings you can tally each year. But the services included in these plans vary widely, and the choice of dentists can be very limited.

Can you name your own price?

If you ultimately decide against buying dental insurance, or even if you’re already covered, you might ask your provider to take a bite off the bill by reducing the overall fee or your out-of-pocket costs.

If you’re paying completely out of your own wallet, ask to set up a payment plan. If you can pay in full, request a 10 percent discount.

Your dentist should be willing to work with you, particularly if you’ve been a patient for a long time.