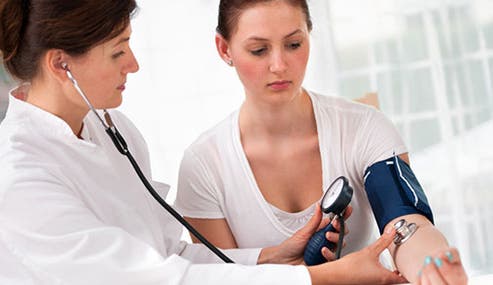 The heavy toll of chronic illness

Chronic disease is a difficult challenge for afflicted individuals, and because of its pervasiveness it has also become a significant problem for the nation, causing 70 percent of U.S. deaths, according to the Centers for Disease Control and Prevention.

Chronic health problems such as cardiovascular disease, diabetes, obesity, cancer and kidney disease account for more than 75 percent of the nation’s $2.7 trillion in annual spending for medical care, says Ursula Bauer of the Centers for Disease Control and Prevention.

A long list of burdens contributes to the cost of chronic illness in America, says Bauer, who is director of the CDC’s National Center for Chronic Disease Prevention and Health Promotion.

“They make it difficult for us to age in place in our homes and communities,” she says. “They strain our families and our physical care systems. … They take a toll on our employers and businesses, who are often shouldering the costs of these chronic diseases.”

Families with employer-sponsored health care have greater out-of-pocket costs when dealing with chronic sickness, according to a November 2011 study from Indiana University-Purdue University Indianapolis. High prescription drug copayments were the main cause of the difference. And illness impacts wealth. A 2010 study from the National Bureau of Economic Research found that the healthiest people accumulate at least 50 percent more assets in retirement than those with the poorest health.

Read on for a breakdown of the financial toll of six of the most common chronic ailments. 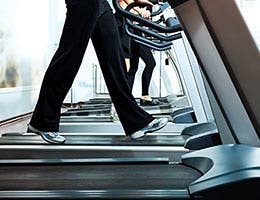 The American Heart Association projects that the annual cost of treating cardiovascular disease will triple between 2010 and 2030, spiking from $273 billion to $818 billion, according to a 2011 report. The AHA also estimates that lost productivity due to heart disease will rise from $172 billion in 2010 to $276 billion in 2030. The AHA includes coronary heart disease, high blood pressure, stroke and other related conditions in those figures.

The CDC reports that the treatment and lost productivity costs for coronary heart disease alone top $108.9 billion a year.

Adds Bauer: “People refer to physical activity as the closest thing we have to a wonder drug.” 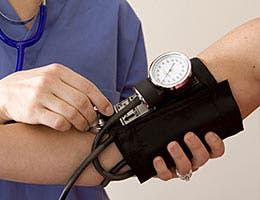 According to the CDC, “High blood pressure costs the nation $47.5 billion annually in direct medical expenses and $3.5 billion each year in lost productivity.”

Cost-saving health tips: Cut the salt and take your meds. The CDC says reducing average daily sodium consumption from 3,300 milligrams to 2,300 milligrams could potentially save the nation $18 billion in health care costs and reduce the incidence of high blood pressure by 11 million cases a year. But getting there will take more than having home cooks pick up the salt shaker less often.

“Most of the salt we eat, we’re not adding at the table ourselves,” Bauer says. “Most of that salt is already in prepared, packaged and restaurant foods we buy.”

“We have a number of well-tolerated, effective medications that … can markedly reduce the risk of cardiovascular events such as stroke,” he says. 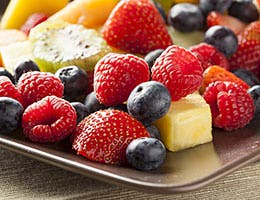 The American Diabetes Association estimates that costs associated with diagnosed diabetes have risen 41 percent, from $174 billion in 2007 to $245 billion in 2012, according to a report released in March. Diabetes and its complications account for 10 percent of all U.S. health care dollars, according to the report.

The average cost per person for diabetes-related medical care rose 19 percent, from $6,649 in 2007 to $7,900 in 2012, the ADA report says. It also found that people with diabetes spend 2.3 times more for medical care than those without the disease.

The ADA attributes the cost increase mainly to the epidemic rise in the prevalence of diabetes, which is projected to affect nearly 1 in 3 U.S. adults by 2050.

Cost-saving health tips: Obesity, which also is an epidemic, is a major risk factor for Type 2 diabetes, the most common form of the illness. The ADA recommends setting realistic, measureable goals aimed at better nutrition and physical fitness. For example, its guidelines suggest you might pledge to eat two pieces of fruit and take a 15-minute walk four days a week for a month to get started.

More on obesity next. 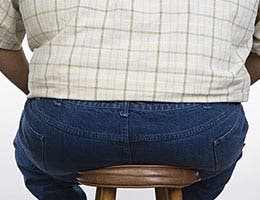 The CDC now counts 1 in 3 adults and nearly 1 in 5 youths from ages 6 to 19 as obese. The cost of treating medical problems related to obesity reached an estimated $147 billion in 2008, and individual medical costs for obese patients were $1,429 higher in 2006 than those for people of healthy weight.

Besides creating a high risk for Type 2 diabetes, obesity contributes to the risk of cardiovascular disease and cancer, Fonarow says.

Cost-saving health tips: Any successful weight-loss strategy boils down to one formula, the CDC says: Burn more calories than you consume. To calculate how many calories you need to eliminate to reach your goal, remember that each pound equals about 3,500 calories.

Bauer stresses that exercising and eating right lead to better health at any weight level.

“No matter where you are on that continuum, you can dramatically improve your health status, even if your weight never changes, by regularly getting physical activity and making healthful food choices,” she says. 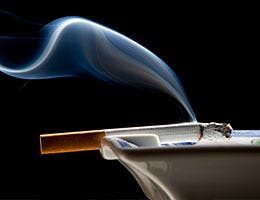 Financial costs related to cancer topped an estimated $201.5 billion in 2008, the most recent year the National Institutes of Health tracked those figures. Direct medical spending accounted for $77.4 billion, while lost productivity because of premature death cost $124 billion.

For some groups, such as those lacking adequate insurance coverage, cancer is even more costly. The American Cancer Society reports that the uninsured and ethnic minorities are more likely to be diagnosed at later stages when treatment can be both more extensive and expensive.

Cost-saving health tips: Shun smoking and keep alcohol consumption moderate. A host of cancers are linked to smoking and excessive drinking, according to the CDC. Apart from causing about 90 percent of lung cancer deaths in men and nearly 80 percent in women, smoking causes cancer of the larynx, mouth, throat, esophagus, bladder, pancreas, cervix and stomach, as well as acute myeloid leukemia. Alcoholism can lead to cancer of the mouth, throat, esophagus, liver, colon and breast.

Bauer notes that eating less red meat and more fruits and vegetables helps reduce the risk of colorectal cancer. Screening tests, such as colonoscopies, mammograms and Pap tests, have saved lives and money by detecting cancer and precancerous cells early. 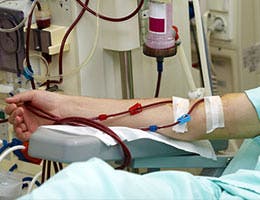 Kidney disease is the ninth leading cause of death in the United States, according to the National Kidney Foundation. Major risk factors include diabetes, high blood pressure and family history.

“Diabetes is the leading cause of end-stage kidney disease in the U.S.,” says Dr. Robert Ratner of the American Diabetes Association. “Not only that, it’s the only (cause) that is actually increasing.”

According to the National Kidney Foundation, diabetes accounts for 44 percent of all new cases of kidney failure. The second leading cause, uncontrolled high blood pressure, accounts for 28 percent.

Cost-saving health tips: Controlling blood glucose and blood pressure can slow the progression of kidney disease and even prevent it in some cases, Ratner says. Early detection is also key. Most of the 26 million Americans who have the disease don’t know it.