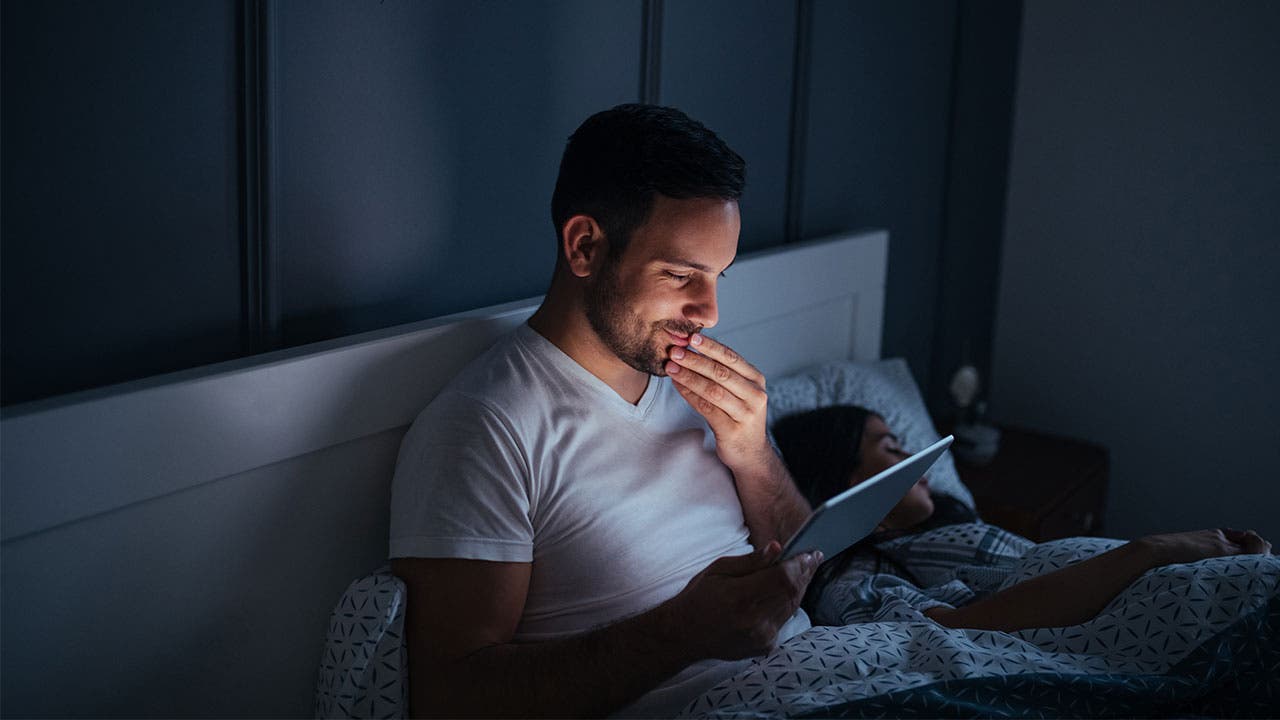 As companies cut corners and more entrepreneurs strike out on their own, the individual health insurance market is growing.

These days, the same people who traded company pension plans for self-managed 401(k)s are being asked to take on one more chore that used to be handled by human resources: shopping, selecting and purchasing health coverage. And it can be daunting. Check out some of our readers’ experiences.

Plowing through the process

Rob Snow put it off for over a year. When he left a successful online company at 39 to start Bethesda, Md.-based Snow Portfolio Management, he took advantage of COBRA, or the Consolidated Omnibus Budget Reconciliation Act, which allowed him to remain on his old company’s group plan as long as he paid the premiums. But that privilege extends only for 18 months. And he was nearing the deadline.

Finally one weekend, Snow sat down at the computer, typed in “health insurance,” “and got a million hits,” he says. “I probably spent an entire day scrolling through those. I got worn out. I probably didn’t do anything for three weeks.”

But he eventually went back to the computer, zeroing in on a few sites that allowed him to get quotes or compare policies.

His pick was a regular PPO plan with a high deductible that also allowed the family to keep the same doctors — one of his wife’s must-haves. “There’s no way she was ever going to change pediatricians,” he says. And the monthly premiums were $603, a savings of as much as $435 per month for their family of five.

“One of the reasons I probably saved as much as I did was that we’re all, thankfully, pretty healthy,” says Snow.

“Not everyone is lucky enough to be in that situation,” he says.

Not surprisingly, when you’re buying health insurance, your health is a key factor.

“The healthy individual out there buying insurance does not have that much trouble,” says Sandy Praeger, president of the National Association of Insurance Commissioners and insurance commissioner for the state of Kansas. But for people with health issues or pre-existing conditions, “it can be tough, if not impossible to find coverage in the individual market.”

And then there’s shopping for policies. For people who’ve never had to do it themselves, “there is the perception that you make a call or two and you’ve got it,” says Jerry Flanagan, health care policy director for Consumer Watchdog, an advocacy group. “You have to do a lot of research, know what you’re getting and buy it before you cancel your (current) coverage.”

“The individual market is a very difficult place for consumers to find affordable care with good coverage,” he says.

If you’re purchasing your own health coverage, there are three big issues.

With group policies, insurance companies have to cover anyone the company hires. But with individual policies, carriers have the freedom to cherry-pick customers.

“In most states, companies can charge you more or deny coverage for pre-existing conditions,” says Flanagan. But in a handful of states, they can’t. Get the details from your state insurance department, so that you know what to expect.

And sometimes the exclusions or limitations don’t even concern a current condition. If you’re a woman of child-bearing age, you could face a large deductible on anything related to maternity care.

“Most individual policies will have a huge deductible when it comes to maternity,” says Scott Leavitt, national president of the National Association of Health Underwriters, and president of Scott Leavitt Insurance & Financial Services in Boise, Idaho. If the cost of the average pregnancy is $10,000, the deductible might be half that, he says.

In the face of less-than-picture-perfect health or exclusions, “I think what a lot of people are opting for are scaled-back plans,” says Praeger. Coverage may not cover certain areas, like mental health services, maternity care or drugs. And it may limit the number of times you can see a doctor or have certain screenings.

Consumers buying their own coverage face another challenge that didn’t exist when they were under the group umbrella — being dropped.

Under a group policy, the insurance carrier has to cover everyone in the group. It can raise the rates on the group, but it can’t just drop someone. With individual insurance, the carrier can do both.

And then there is rescission. Some consumers report that after making claims during or after an illness, their carriers reviewed their applications, falsely accused them of lying about health issues, and rescinded coverage, says Flanagan. Not only are the consumers suddenly without insurance, but carriers sometimes send them a bill for any claims that have already been paid.

One of the biggest hurdles for consumers who are used to having group coverage at work is starting the search.

If you’re buying, you need to know who’s selling. Go to your state insurance department Web site for a list of licensed companies and brokers who sell health insurance in your area. The state site will also have information about complaints (including complaint ratios), that paint a picture of which companies are giving the best service.

Many states offer a “buyer’s guide” to walk you through the process and will provide cost comparisons from different types of policies, says Praeger.

You can also find local NAHU member agents through the group’s Web site.

Or get a referral from someone you trust. “The personal recommendations go a long way,” says Leavitt.

Then take some time to consider what you want in a policy, says Flanagan. What’s your target premium? What kind of deductible and co-pay? What’s the scope of service you need (exclusions, screenings, annual checkups, etc.)?

After that, thoroughly search the Internet. Visit sites that offer quotes to see what kind of coverage you’re offered and at what price. Compare not just different carriers, but different types of plans with the same carrier.

As you compile information on various policies, keep a chart, says Flanagan. Jot down the company, the premium, what it covers and what it doesn’t, along with any outstanding benefits or drawbacks.

“Consumers really have to arm themselves before they get insurance,” he says.

Independent agents will represent more than one company, so you can cover more ground with one call.

However, not all independent agents are bias-free, warns Flanagan. Some may receive incentives to push certain policies or may get commissions from carriers, he says. So be prepared to make some more calls (and do some extra research on your own) to make sure you’re truly being offered the best deal, he says.

A good independent agent will know who is serving people with your health or lifestyle profile, says Gibbs. While one company may decline everyone with asthma and allergies, another firm could see the conditions as a small thing, he says. To complicate matters, a company’s underwriting practices can change. So even if you’re a bad risk for them today, they might want your business next year. But a good agent should be able to play matchmaker and help you find the right fit, he says.

With insurance, everyone knows to shop deductibles. But with health insurance, you also want to look at the total payout for an illness and also for the life of the policy.

Be suspicious of premiums that seem too low. And beware of policies that give you lower premiums in exchange for limits on the number of times you can see a doctor or the number of hospital or lab-related services you’re allowed.

The limited benefit plan issue “concerns me a bit, because if people aren’t aware there are limits, it can end up costing them considerably more,” says Praeger.

With a premium quote, “look long and hard if it looks cheap, because there is a reason,” she says.

And beware of discount plans, Praeger says. Many are “out-and-out fraud.”

More questions to ask when shopping

Once you’ve narrowed your choices to a few options, check the carriers’ financial solvency at A.M. Best. You also want to follow up and make sure each company has a good reputation with customers.

When you finally do select the winner, fill out the application carefully. “That application will look very different from what (an applicant) filled out for their employer” under group coverage, says Flanagan. It will be more complicated and lengthy.

“What we’re seeing happening in some states is language on the forms that could mislead a person into putting in inaccurate information,” says Praeger.

Since your continued coverage depends on the form, take your time and do it carefully. When you have questions, call the company and have them explain. Keep answers honest, and be prepared to produce copies of your medical records. Review any information the broker is sending on your behalf and make sure it’s accurate, too.

Don’t cancel any current health policies until you’ve been accepted into a new plan, the check’s cleared, and you’ve reached the “effective date” (starting date), of your new policy.

Still not looking forward to the process?

“Don’t be afraid of it,” says Snow. “Take the opportunity to gather information. I know more now about health insurance than I ever did before.”

From the new grad to the early retirement entrepreneur, everyone’s situation is slightly different. Click on the tab that most closely matches your lifestyle for some extra tips.