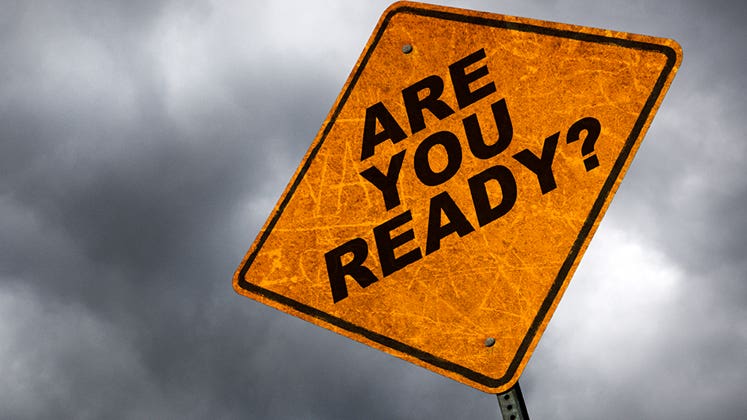 One law underpins workplace retirement accounts and other benefits. It’s called the Employee Retirement Income Security Act of 1974, or ERISA.

Without it, workers could be stuck in a surreal retirement savings hell rife with injustice. For instance, highly paid executives could gorge themselves on lavish retirement benefits while offering nothing to the average worker. Or, companies could dangle benefits like carrots to lure recruits but impose ridiculous obstacles to actually getting them — like working at the company for 20 years.

Here’s a brief overview of how ERISA protects workers’ retirements and recent developments that could change benefits, maybe for the better.

One of the most salient benefits to workers is the vesting provision in the law, according to Rick Jones, senior partner of national retirement practices at Aon Hewitt.

While employees always fully own their own contributions to retirement accounts, they often have to work for a period of time before they own their employer’s matching contributions.

A big advantage of defined contribution plans such as 401(k) plans is their portability. “Workers that spend part of their career at one organization with retirement benefits can leave the organization with some benefits before they retire,” Jones says.

“If you work at an organization for three years or more, you need to be able to walk away with the value you’ve accrued in the plan through your service to date,” he adds.

Some companies allow for immediate vesting, but they don’t have to.

The law also forces companies to set aside funds in an account separate from company assets. These funds must be earmarked for employee retirements.

“The money in the pension has to be in a separate trust so that the money isn’t reachable by the company’s creditors. So that if the company goes bankrupt, the money for your retirement is still safe,” says Bradford Campbell, counsel with the law firm Drinker, Biddle & Reath and the former assistant secretary of labor of the Employee Benefits Security Administration at the Department of Labor.

“(ERISA) passed before we had 401(k)s, before defined contribution plans were what they are today. But the same principles apply: The money has to be held in a separate trust. It is safe from creditors,” Campbell says.

Someone has to be in charge

Providing a retirement plan is a generous perk for employees — not only because of the time and expense required to run the plan. Retirement plans can also be a huge liability for employers because they come with a tremendous amount of responsibility for at least some of the people acting on behalf of the plan.

“You have to have someone in charge to make decisions on behalf of the workers. And that is the ERISA fiduciary,” says Campbell.

The fiduciary makes decisions about hiring a retirement plan provider and selecting the investment options available to participants.

“They have to act solely in the interest of the beneficiaries, who are the participants. They have to act prudently, which is all about a process behind the decisions,” he says.

Fiduciaries are personally liable if they fail to live up to the standards and it causes a loss. In other words, they might have to pay for losses with their own funds if they’re found to be at fault.

A key provision in ERISA allows plan participants to sue plan sponsors if the fiduciaries don’t hold up their end of the bargain. The Supreme Court is currently considering a case on 401(k) fees — specifically, how often a fiduciary should scour the market for lower-cost funds.

In Tibble v. Edison International, the justices have to consider whether employers or their fiduciary proxies have the responsibility to monitor the investment landscape to ensure that they are, over time, offering reasonably low-cost investment options. The lawsuit arose because Edison International offered higher-cost retail mutual fund shares when lower-cost shares could have been offered to employees.

Do fiduciaries have to continually monitor for lower-cost options, or can they wash their hands of the issue once they’ve settled on investment offerings?

Fiduciary duty under ERISA is nothing to take lightly. Depending on how the Supreme Court rules, workers could see lower-cost options in their retirement plans as fiduciaries feel the pressure to fight fees.

“If people are going to be successful in retirement, not only do they need to put away sufficient funds, they need to grow sufficiently. The key factor is what you are paying in terms of investment or management expense,” says Arthur Noonan, senior partner at benefit and human resources consultant Mercer.

ERISA in action: Stricter standards for everyone

In February, the Department of Labor, or DOL, announced that it will be taking a second swipe at a proposal of a new rule expanding the definition of who serves as a fiduciary to retirement plans. The DOL first came out with the potential regulation in 2010. It garnered bipartisan disapproval and disdain.

Now the DOL, with support from the Obama administration, is ready to re-propose the rule. Generally, the concern is that advisers or salespeople could be motivated by self-interest rather than the participants’ best interests if the advisers are paid more for selling mutual fund A versus mutual fund B.

After the 2010 proposal was basically booed by politicians and the financial industry, the DOL promised to come back with a rule that would work for advisers paid by commission.

But the level of care required by everyone advising retirement plans and IRAs could change drastically. Under the current rule, there is a five-part test to determine whether an adviser is a fiduciary. For example, advisers must advise on an ongoing basis in order to be considered a fiduciary.

If the new rule is anything like the rule proposed in 2010, “anyone advising a plan will be an ERISA fiduciary,” Campbell says. That includes advisers who give advice on only one occasion.

If the DOL does indeed make anyone advising retirement plans a fiduciary, it will have to issue prohibited transaction exemptions so that brokers and other commission-based advisers can stay in business.

“The big fight here is actually over how you get paid. That is why the ERISA debate is coming to the forefront as controversial,” Campbell says.

No one knows how the debate will shake out. For consumers, the bottom line should be about getting advice that’s in their best interest, period. One shouldn’t need a regulation for that, but it may be necessary.