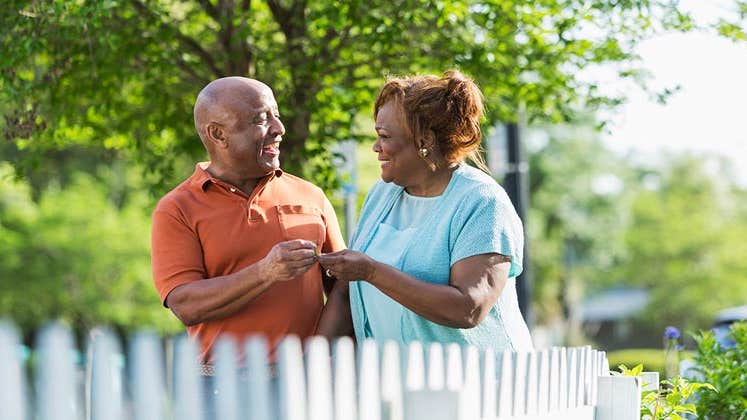 It seems counter-intuitive, but spending some of your retirement savings while you’re waiting for a bigger Social Security payout at age 70 can actually put you ahead of the game.

It’s a big leap for a risk-free, inflation-proof paycheck. But what if you want to quit working before age 70?

If you have to spend down some of your retirement savings to get there, should you still wait or apply for Social Security early?

It depends on your situation. Some considerations include how much money you have saved, when you plan to stop working, marital status, life expectancy and your standard of living.

Don’t rush into a decision

There are at least 2 broad schools of thought on the subject of spending retirement savings early in retirement to delay claiming Social Security.

This table shows roughly how much a hypothetical 39-year-old woman will receive at various ages from Social Security, depending on when she files for benefits. If she dies at 75, claiming at 62 would have been the best choice. If she dies at age 90, then waiting until 70 would have been a very wise decision. Total benefits do not reflect any cost-of-living adjustments that may occur through the years.

How much money do you need to live happily?

Living expenses and level of savings will dictate the timing of retirement benefits.

“There’s a standard rule of thumb that you’ll need about 75% of what you earned while working to maintain your standard of living. You can have a little bit less if you’re careful, and if you’re extravagant you need a little bit more,” says Sass.

“So then the next question is: Where are you going to get it?” he says.

Sources of income could include part-time work, savings, a pension or your home’s equity.

Set a ceiling on savings

Retirees have a reputation for frugality — and not without good reason. But deciding how much money to keep in reserve for a catastrophe and how much to live on depends on individual circumstances and a realistic appraisal of risk.

“It is costly, in terms of forgone returns, to hold substantial amounts in reserve to cover expenses that are uncertain or which may be incurred in the distant future,” says Sass.

For instance, it doesn’t make sense to sit on a big pot of money at the relatively youthful age of 70 just in case a long nursing home stay is required at some point.

“Long-term investments can usually be liquefied within a few days should the need arise. Although it may be necessary to sell at a loss, for plausible risk preferences, this is a price worth paying,” he says.

For example, outliving assets may be a greater risk than a medical emergency that is not covered by health insurance. Should worse come to worst, a serious need for long-term care can be covered by Medicaid. Only people with lots of money should try to self-insure for potential long-term care needs, says Sass.

“We suggest that the household invest all, or almost all, of its assets in long-term investments. Its drawdown plan should be based on the assumption that part of those assets will be used to pay for one-off or unexpected expenses,” Sass says.

“So if the household has $500,000, it might base its drawdown strategy on the assumption that $400,000 is available for general consumption, and spend, say, $16,000 a year,” he says, referring to the widely accepted 4% withdrawal strategy. “But the whole $500,000 would be invested long-term.” he says. Long-term investments would include stocks or stock mutual funds.

Don’t want to touch principal? Do this

Even on seemingly cut-and-dried matters of personal finance, there is often little agreement on the best course of action. On the question of whether one should dip into principal in order to buy the increased payments from Social Security at a later age, opinions vary.

Opposing the idea of spending down savings to get a little more from Social Security, Robert Fragasso, CEO of Fragasso Financial Advisors in Pittsburgh, says if portfolio income alone cannot fund your lifestyle then you should begin taking Social Security earlier rather than later.

“The first key in knowing whether you should trigger Social Security is whether or not you can support your lifestyle from early retirement age to full retirement age and depend on portfolio income,” he says.

“If the answer is no, earnings from your portfolio will not support your lifestyle, then you have to trigger Social Security. You need it to supplement pension or portfolio income,” Fragasso says.

Or spend some savings to get to higher benefits

Others say dipping into retirement savings may not be such a bad idea. Retirees should put pen to paper to see how they could cobble together some income to reach full retirement age, or even age 70, before filing for Social Security benefits.

Boston University professor of economics Laurence Kotlikoff suggests using a computer program to figure out the most efficient spending plan. For instance, he developed one called ESPlanner.

“Most people don’t want to starve now so they can spend at a higher level later. Dipping into assets makes sense,” he says.

“In general, you want to take Social Security benefits later at higher levels and to use your retirement account money to tide you over if you’re not working,” says Kotlikoff, co-author of “Get What’s Yours: The Secrets to Maxing Out Your Social Security.”

Waiting until age 70 means getting dramatically higher benefits than those paid out at full retirement age of 66 — 32% higher, in fact.

“It’s a very good way to turn assets into income. You really have 2 basic issues: The longer you delay retirement, the more resources you have,” Sass says. “And then when you do retire, using the resources to delay taking Social Security is really a very good deal in terms of what is available in the marketplace for generating income. It’s inflation-proof and it’s riskless.”

There’s no blanket answer that fits all households. Everyone must look deep into their wallet and do what’s right for their situation.