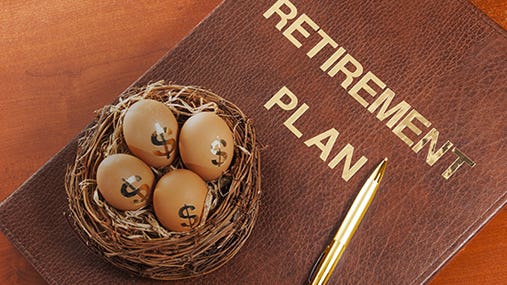 Before a new set of regulations kicked in a few years ago, 403(b) plans were like the wild, undisciplined cousins of the 401(k) plan. Participants choosing a 403(b) plan often had to sort through a complex list of options ranging from A to Z. And we’re not talking about investment options.

“In a hospital system or in a public education system in the past, there may have been … up to 25 vendors vying for the business,” says Ed Hinders, vice president of CBIZ Retirement Plan Services in St. Louis.

The vendors, who represented different financial companies, would sell their wares directly to participants in a school gym, teachers’ lounge or similar venue.

“Up until recently, (the complexity) was a barrier to entry for the average and even the above-average participant,” says Certified Financial Planner David Boucher, principal at Longfellow Advisors in Boston.

In July 2007, the IRS changed its rules to give certain public and nonprofit employers more responsibility for administering 403(b) plans, including overseeing investments and monitoring distributions. The changes went into effect in January 2009. To bring those administrative duties down to a manageable size, many 403(b) plan sponsors have streamlined their provider pools down to a few or, in some cases, just one. That consolidation, along with some other changes sparked by the new regulations, has 403(b) plans looking a lot more like 401(k) plans.

“In the 401(k) world … there is no such thing as multiple record keepers, vendors or providers on one plan,” says Scott Senseney, vice president of client consulting and strategy at Fidelity Investments. “There is just one record keeper servicing all the participants.”

The revamped 403(b) rules mandate clear written documents that explain “the rules of the road” for plan participants, Hinders says.

For plan sponsors, lessening the confusion of employees participating in the plans has been just as important as easing the administrative burden of tracking multiple vendors, Senseney says. In fact, in his view, some 403(b) plan administrators were already doing a better job with employee education and counseling than most 401(k) administrators. One-on-one employee counseling has long been a staple of the 403(b) market, and the streamlining prompted by the recent rule changes allows them to be even more effective in that regard, according to Senseney.

“What we have seen is a spike in requests for participants to have individuals at the record keepers or vendors to talk to, to help them make the best decisions on what they should do with their portfolio or their assets in the plan,” Senseney says.

The most effective educational programs provide employees with access to an investment professional for one-on-one consultation, says Chris DeGrassi, executive director of the National Tax Sheltered Accounts Association, or NTSAA.

“Everyone is trying to figure out the magic sauce, so to speak, to increase participation,” DeGrassi says. “I think it’s good that plan sponsors and providers are seeing that education and communication campaigns are critical.”

While the number of providers at each institution has narrowed, the market has expanded beyond the insurance company annuity products that once made up the bulk of options.

“It wasn’t until about 15 years ago that other alternative record keepers and providers in the defined contribution space started to come into the mix, such as the Fidelities and the Vanguards of the world, and some of the other third-party administrators who weren’t necessarily tied in with insurance products,” Senseney says.

But he notes that some investment products available to 401(k) plans are still off-limits to 403(b) plans.

“There are investment offerings like collective investment trusts, separate accounts and co-mingled pools that the 401(k) market utilizes extensively that are still not allowed within the 403(b) regulations,” Senseney says. “Fidelity would be a strong proponent of broadening those investment choices, but I think some of the legacy annuity providers might not want that.”

Still some room for improvement

The number of nonprofits, healthcare organizations, and private colleges and universities whose retirement plans follow guidelines in the Employee Retirement Income Security Act, or ERISA, has grown since the new regulations went into effect, according to Hinders. But church and government plans remain exempt from ERISA.

DeGrassi says participants in non-ERISA plans don’t benefit from the same level of transparency and fee disclosure that ERISA rules ensure. His organization, the NTSAA, is advocating for the U.S. Securities and Exchange Commission and the Financial Industry Regulatory Authority to make exceptions to certain filing and regulatory rules in order to allow non-ERISA plans to provide more disclosure. Called 403(b) Open, the NTSAA effort aims to make fee and compensation disclosures easier for participants to understand and compare, DeGrassi says.

“We’re trying to work with the SEC and FINRA to get exemptive relief so that the investment providers in the non-ERISA world can provide the same information,” DeGrassi says.